Comedian Joe Pera on grandparents, Andy Kaufman, and returning to Ohio for two sold out shows

Comedian Joe Pera is bringing his uniquely understated comedy to two sold out shows in Ohio on his “Spring in the Midwest and Rustbelt Tour,” first performing at the Woodlands Tavern in Columbus on Saturday, May 7 and then Cleveland’s Grog Shop on Sunday, May 8. Joining Pera on the tour is fellow comedian Carmen Christopher, who has appeared on Pera’s Adult Swim television series “Joe Pera Talks With You.” 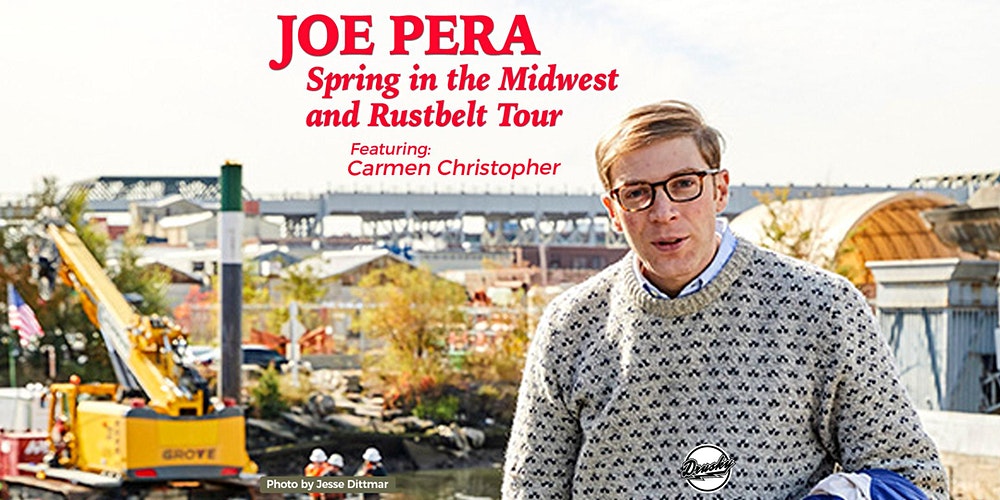 In “Joe Pera Talks With You,” Pera plays a fictionalized version of himself – a Joe Pera who is a middle school choir teacher in Michigan instead of a rising comedy star in New York City. The show is anchored by Pera’s character, who addresses the audience while he navigates the nuances of small town life – all the while presenting grounding anecdotes on innocuous seeming subject matter – such as beans, packing your lunch, or even learning how to dance.

While this topic matter may appear, on the surface, to be overtly “gentle” or “subdued,” with the artful prodding the show’s writers employ, these topics quickly become fascinating and always hilarious vehicles for exploring the least gentle and least subdued of themes, things like death, love, and memory.

Joe Pera took the time to talk to me from the road – about grandparents, Andy Kaufman, and the kinds of mysterious things one finds in closets in Cleveland that are better left alone. Listen to the conversation by clicking “play” in the SoundCloud widget above.

Meat Loaf, Grammy-winning singer famous for ‘I’d Do Anything For Love,’ dies at 74