Black holes have long challenged the best minds in science and gripped the popular imagination. The most powerful and enigmatic objects known, they can reshape entire galaxies, warp the fabric of space and time, and may even be the key to unlocking the ultimate nature of reality. 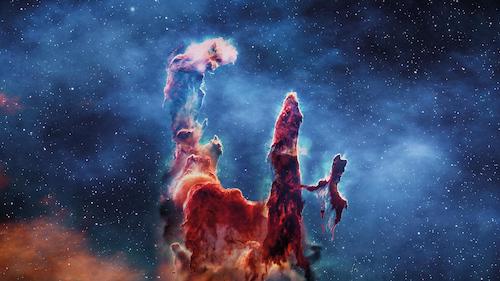 Yet if we can’t see them, how can we investigate them? Black Holes tells the story of how a new generation of high-energy telescopes is bringing these invisible voids to light—notably, the discovery that supermassive black holes millions or even billions of times larger than our sun lurk at the center of nearly every galaxy, including our own. But what happens if you stray too close to a black hole’s point of no return—its event horizon?

NOVA’s animation depicts the ultimate thrill ride as we surf a waterfall in the fabric of the universe toward a yawning black hole. Time itself slows to a crawl and we witness the annihilation of a planet as it’s torn apart by “spaghettification.” So what lies beyond the black hole’s void? If nothing can ever escape, is that the end of the story? Or could they be a portal to another dimension—or another universe, full of black holes?

Kentucky to Use Rapid DNA Tests For Sex Assault Cases

An age-old question with thrilling new science: Are we alone? “Alien Worlds” on NOVA, July 27 at 9 pm