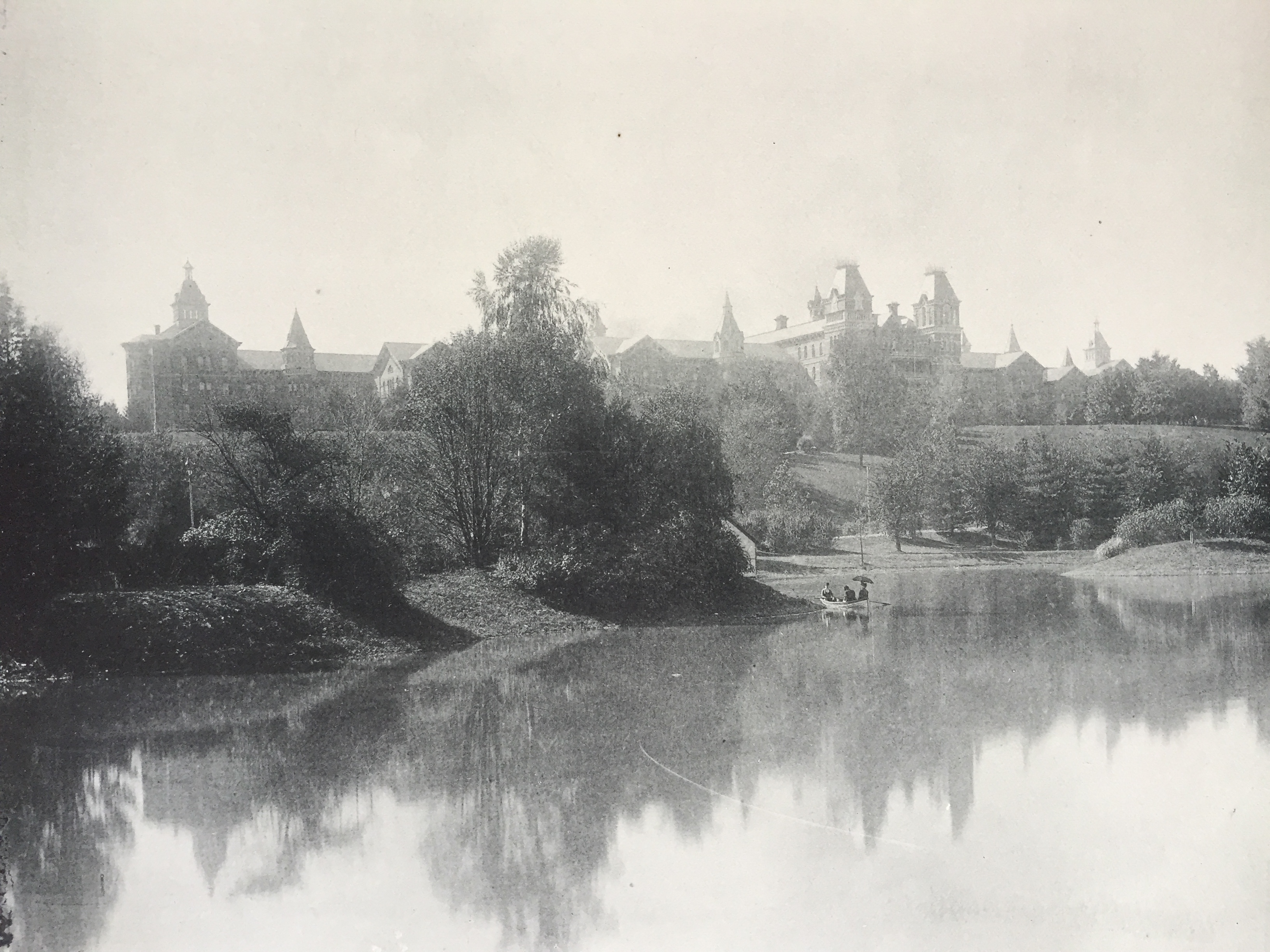 The Real Ghosts of the Athens Asylum

How many ghosts can haunt a building at once? The Athens Asylum is consistently ranked near the top of the most haunted buildings in Ohio. Every year it draws thousands of visitors hoping to catch a glimpse of a ghost, but who are the real people behind the stories?

As the fifth installment in our Athens Asylum Sesquicentennial Series, George Eberts, long-time Asylum employee, will share stories of the men and women who lived, worked, and left their mark at the Athens Asylum. When visiting the Asylum grounds one can stop and quietly imagine the many workers making 18,000,000 bricks and laying up the walls and towers of the massive Kirkbride building. One can catch glimpses of the grounds crew that planted thousands of trees and shrubs creating the renowned gardens that were the interface of the town and the hospital. One can see the patients working with the farm managers in the fields and gardens, in the dairy barn and working with the animals. The ghosts of nurses and doctors, ward attendants, cooks and housekeeping staff all spent time moving about the buildings and grounds. The Athens Asylum was akin to a small community with blacksmiths, farmers, carpenters, grave diggers, and tradesmen and women working hundreds of different jobs keeping the asylum running for more than a century. If you can’t see the ghosts of these people with your eyes open, then close them in a moment of silence and the place comes alive.

Eberts will review the evolution of mental health treatment and share stories from within the walls of the last asylum standing in Ohio. Eberts himself has haunted the Asylum for more than forty years as an employee, historic tour guide, and leader of night hikes, star walks, and various astronomy programs on the asylum grounds as an Astronomy Instructor at Ohio University, the current steward of the historic Athens Asylum grounds and buildings.

Eberts will be speaking at the Southeast Ohio History Center, at 24 West State Street in Athens at 6pm on Thursday, October 18th. The final presentation of the Asylum Speaker Series is scheduled for November 15th.

This event is free and open to the public, thanks to the generous support of Ohio Humanities and Ohio University. Additional support comes from BDT Architects and Designers, Athens City Historic Preservation Commission, and the Athens County Commissioners.

For more information about the Athens Asylum Sesquicentennial Speaker Series contact the Southeast Ohio History Center at 740-592-2280 or visit the web at athenshistory.org.