Athens County is well known as a hotbed of musical activity, with dozens of area bands releasing CDs and downloadable tracks on a regular basis.

But few local songwriters have captured the feel of the region as well as Chris Keesey on his debut EP Dyin’ Town.

The subject matter for Dyin’ Town was pulled from Keesey’s personal life and surroundings, including the once-vibrant towns from his family’s past. The title track, for instance, was written after an emotional visit to his father’s hometown.

“It was a coal mining town–my grandfather was a coal miner–and my vivid memories of the main street were these massive coal trucks. You’d hear them all day and sometimes all night long, and they’d shake the roads when they drove by,” he said. “I stood in the middle of the street and it was silent. Dead silent. Nobody walking, no cars, no coal trucks. The silence was jarring.”

Other songs, he said, are just songs about living in the country. “Ready Made Rebel” is about a “tough guy” friend from his teenage years, while “Chasing The Northern Lights,” written for his daughters, was inspired “by a chase of the Northern Lights with some buddies, chasing a sky on fire with no idea what was really going on.” In the song, he encourages his daughters to chase their dreams, even if they find themselves in unpredictable situations.

Originally a drummer, Keesey learned guitar a few years ago, followed by his first forays into songwriting.

“I’ve written about 100 songs since that time. It was one of those things I didn’t know I knew how to do. All of a sudden, I just kind of opened my mind to the thought, ‘I’ve really got to learn to play the guitar.’ Then I started playing it, and it was pretty apparent that I enjoyed writing songs more than I ever enjoyed playing the drums–and I had been playing drums since I was seven. It was one of those things like, ‘I wish I would’ve known this when I was, you know, seven,'” he laughed. 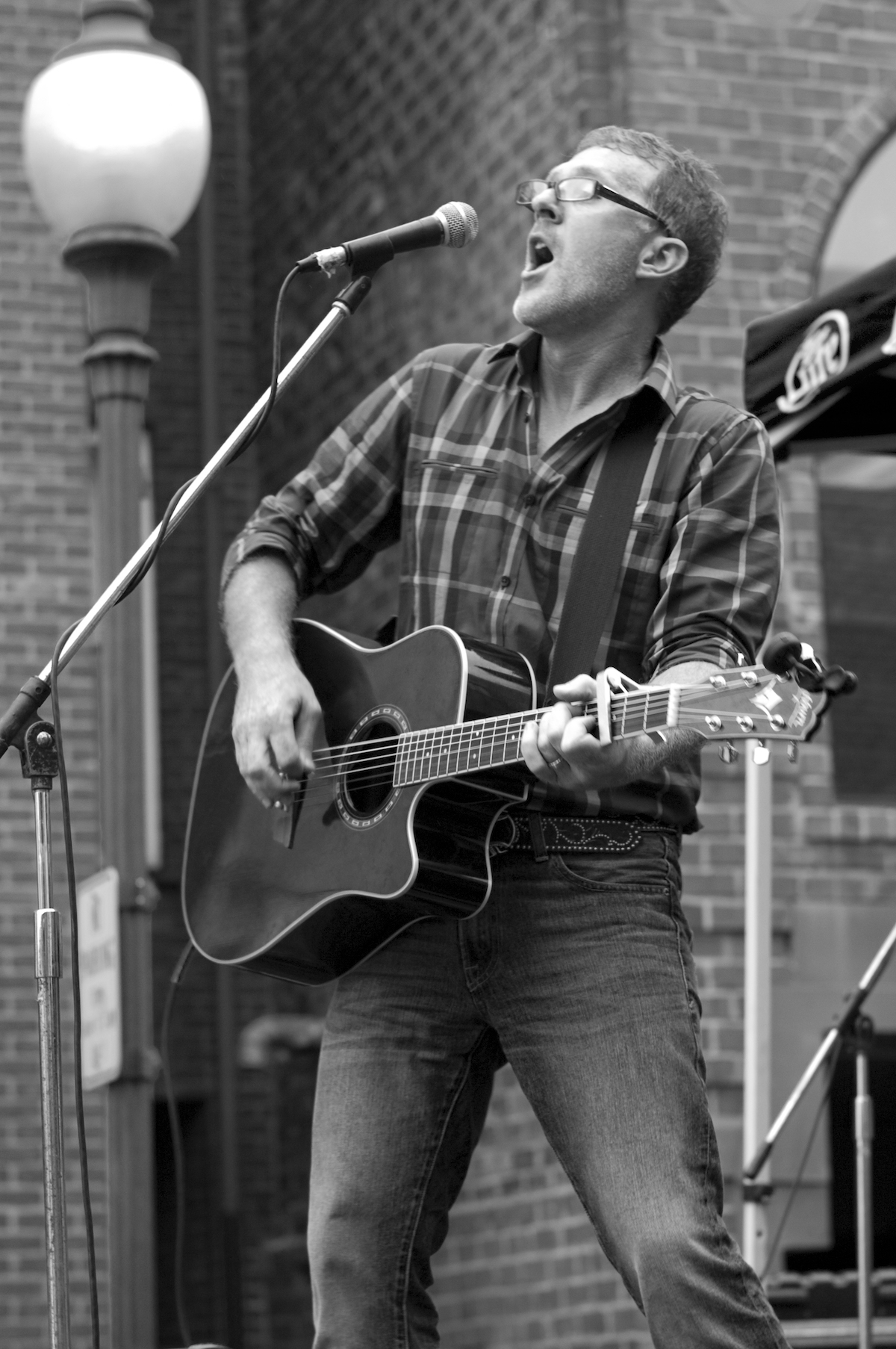 For the EP, Keesey recruited some of the area’s best players, including Athens musicians John Borchard, Jeff Redefer and Sharell Arocho, as well as Chris Connor and Billy Zehnal of Columbus band Angela Perley and The Howlin’ Moons.

In his search for “dream team” session musicians, Keesey contacted Eddie Ashworth, an Ohio University associate professor of Media Arts and Studies who has worked with acts such as Sublime, Izzy Stradlin and John Stewart of The Kingston Trio.

Keesey hoped to “capture songs that have the polish of a Nashville-produced album while maintaining the unique and true qualities of the Southeast Ohio and West Virginia sound.” Convinced that Ashworth was the man for the job, the pair started work in Ashworth’s Oxide Shed studio, bringing in musicians as needed.

Keesey, who had previously worked as a drummer for hire, had never embarked on a project of this scale. He said he and Ashworth approached the EP like a film director would shoot a film.

“I looked at the song, what it’s about and how it should feel, and then decided what players would get me that,” he explained. “From there, I wanted to find the best players in the region I could get, and that kind of guided the whole process.”

Once recording was underway, Keesey took a hands-off approach with the musicians–a strategy his co-producer endorsed.

“Producers are only as good as the musicians they work with,” commented Ashworth.

Since the EP’s release in September, Keesey’s music has been featured on Buckeye Music Magazine Radio, received heavy play on his ReverbNation page and was even aired on German radio. Physical copies and downloads of Dyin’ Town are now being sold on CD Baby, Amazon and iTunes.

Although he is now a familiar face in the local music scene, Keesey lived in Boston for several years after graduating from Ohio University. He eventually returned to Athens and fell in love with its small town charm–emphasis on the word “small.”

“‘Small’ is the part that I really love about it…it’s eclectic, there’s arts, there’s music and I don’t have to live in New York City to get it,” he said. “That’s what I love about it. The second we moved back here, it was like I could breathe again.”