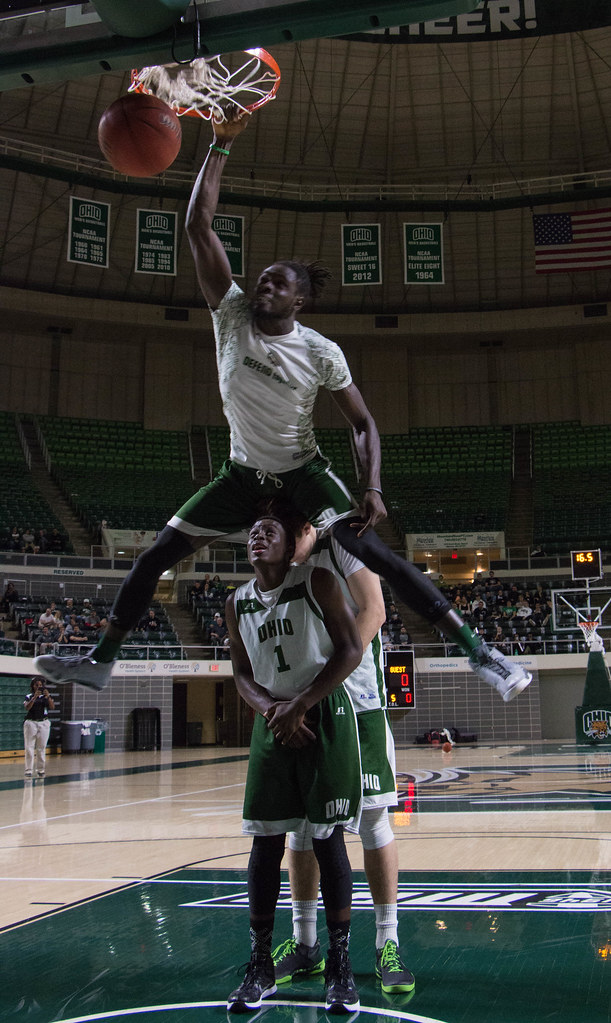 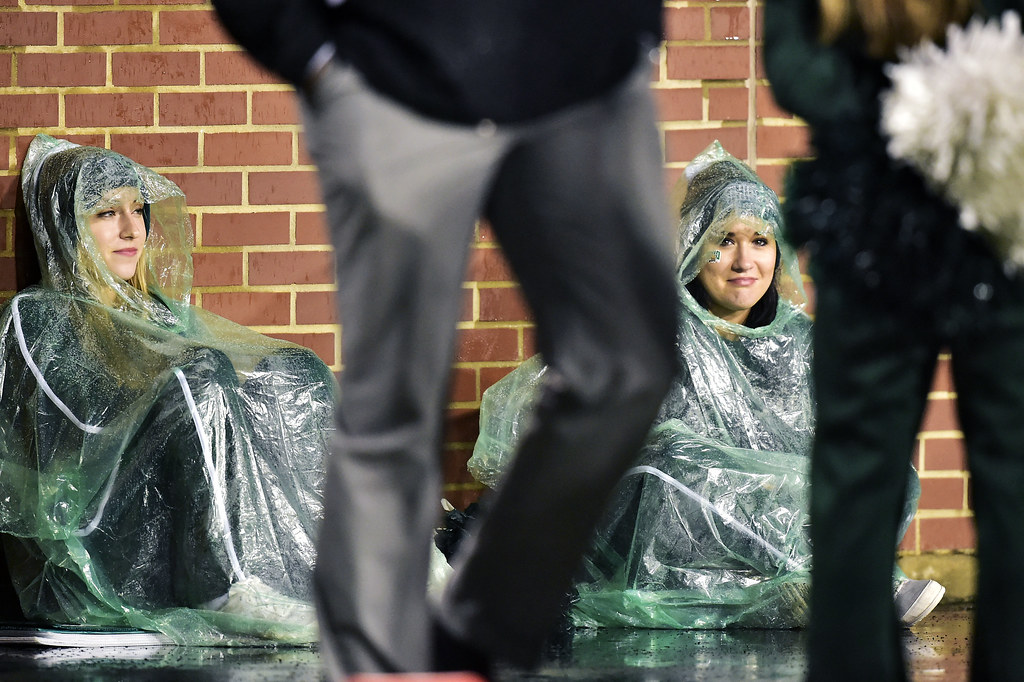 Ohio University cheerleaders sit in the rain during their game against Buffalo at Peden Stadium on Wednesday. (Logan Riely) 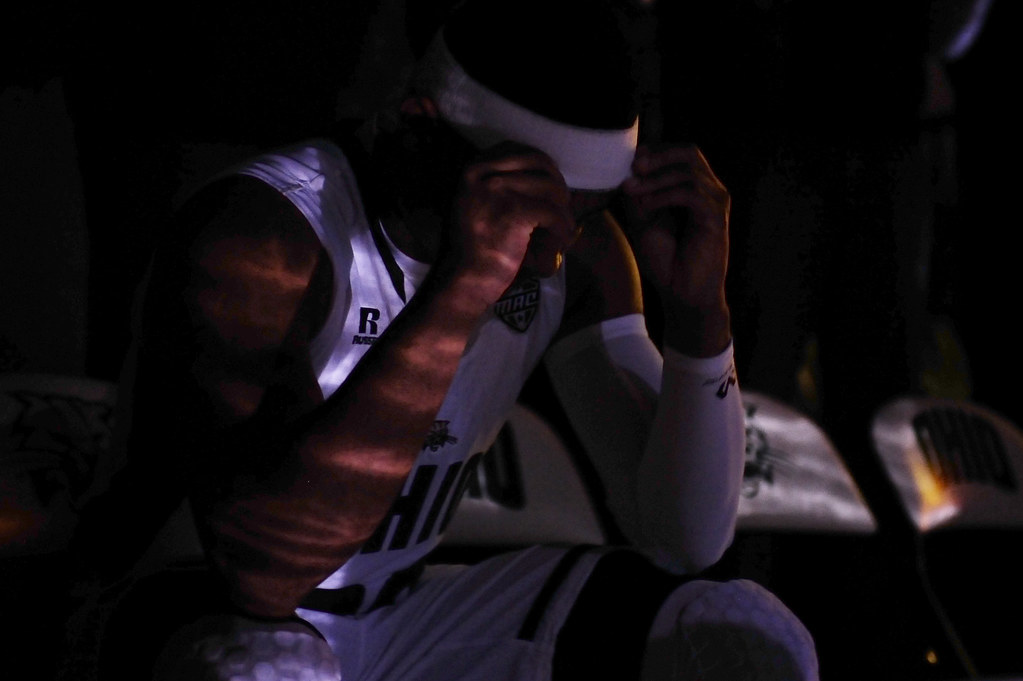 Bobcats guard Stevie Taylor waits for his name to be called prior to their game against Marietta at the Convocation Center on Saturday. (Logan Riely) 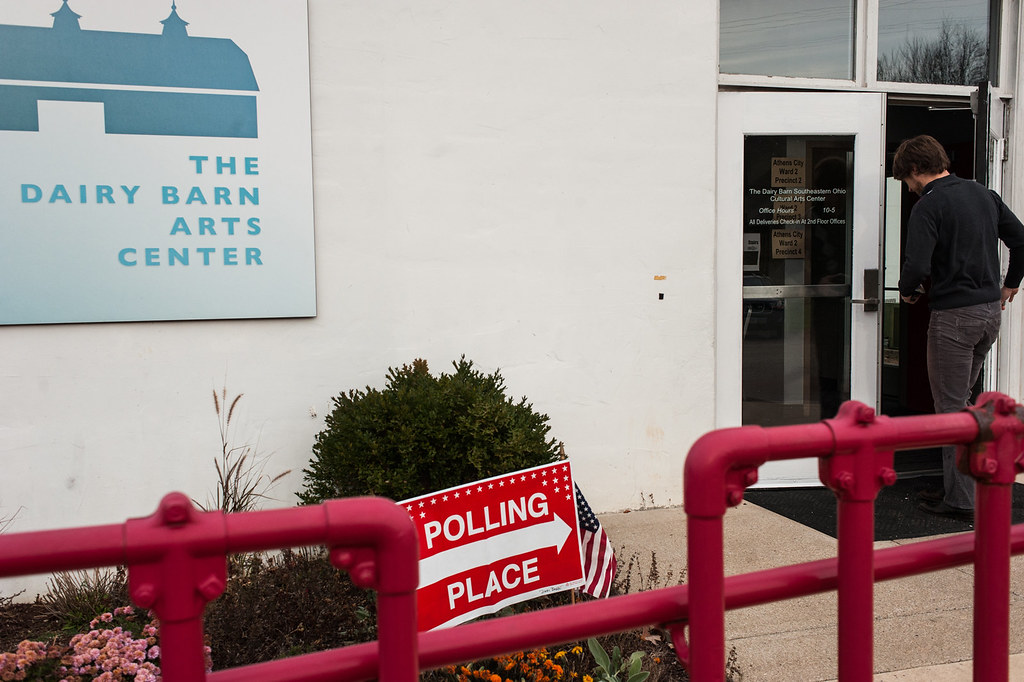 The Dairy Barn Arts Center was transformed into a polling place on Tuesday for Midterm Elections. (Brooke Herbert Hayes) 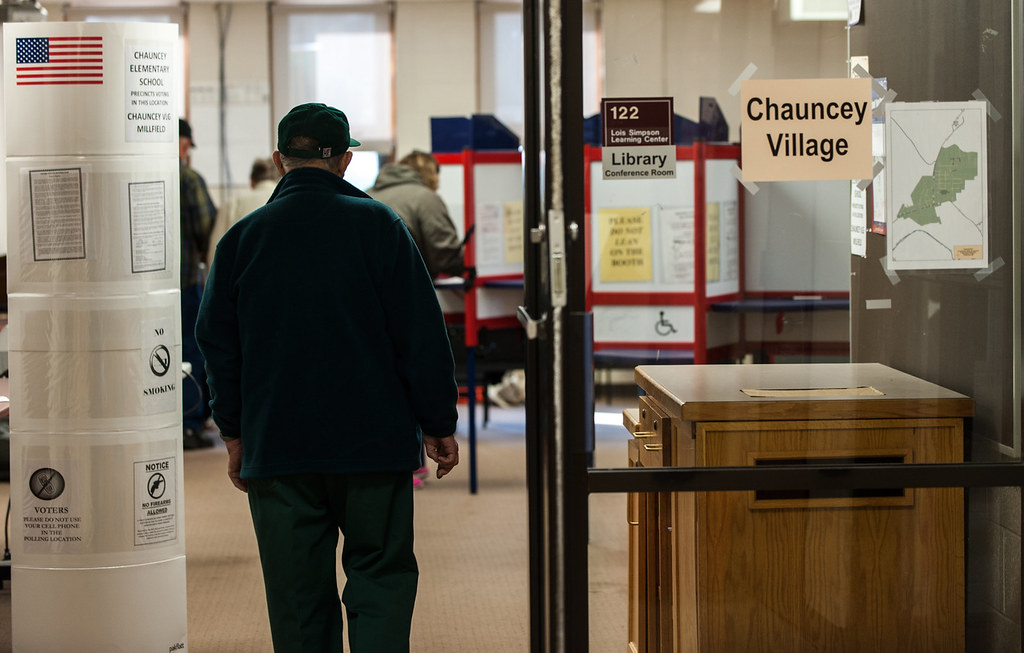 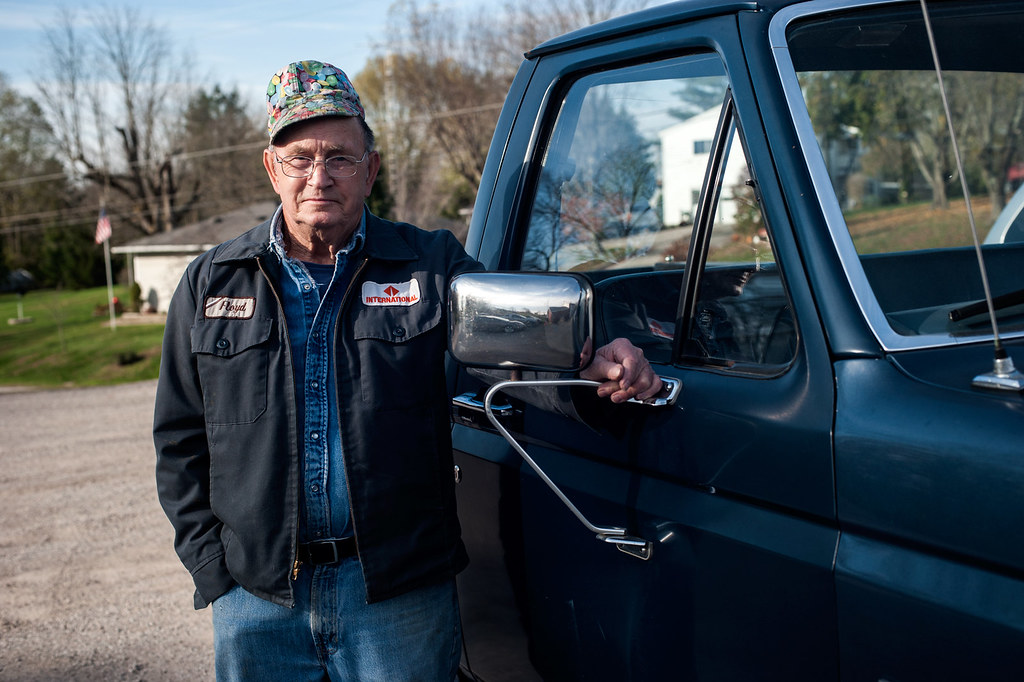 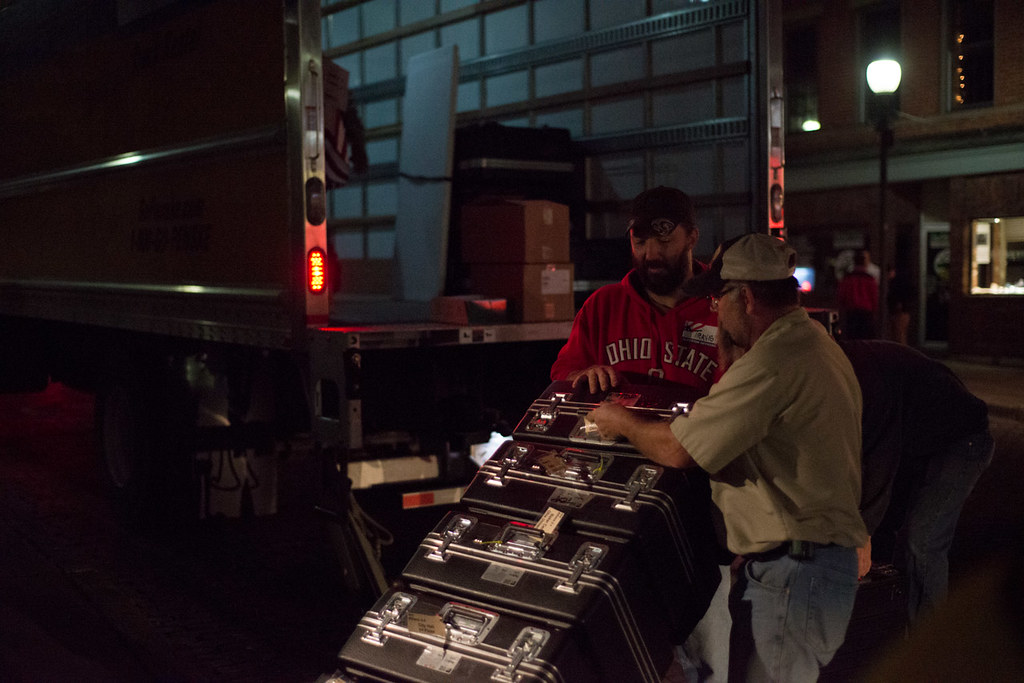 Workers move polling equipment back to the Athens County Board of Elections on Tuesday evening. (Yi-Ke Peng) 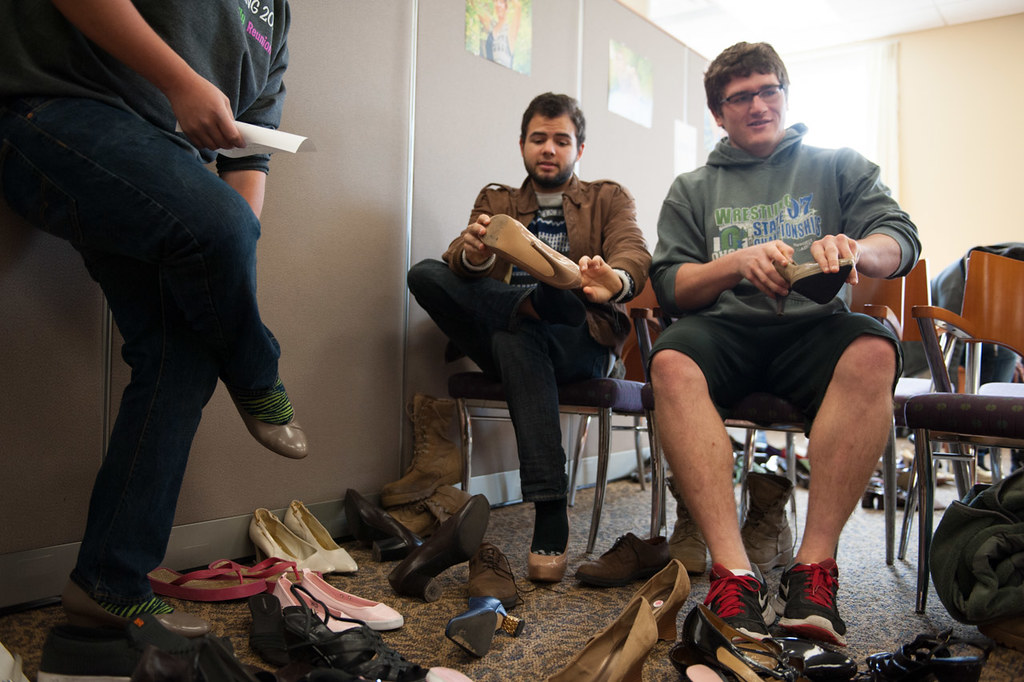 Elijah Bowman, center, tries on a pair of high heels in the Women's Center before the start of the seventh annual Walk a Mile in Her Shoes on Saturday. The event sought to draw awareness to the role men play in preventing sexual assault. (Jasmine Beaubien) 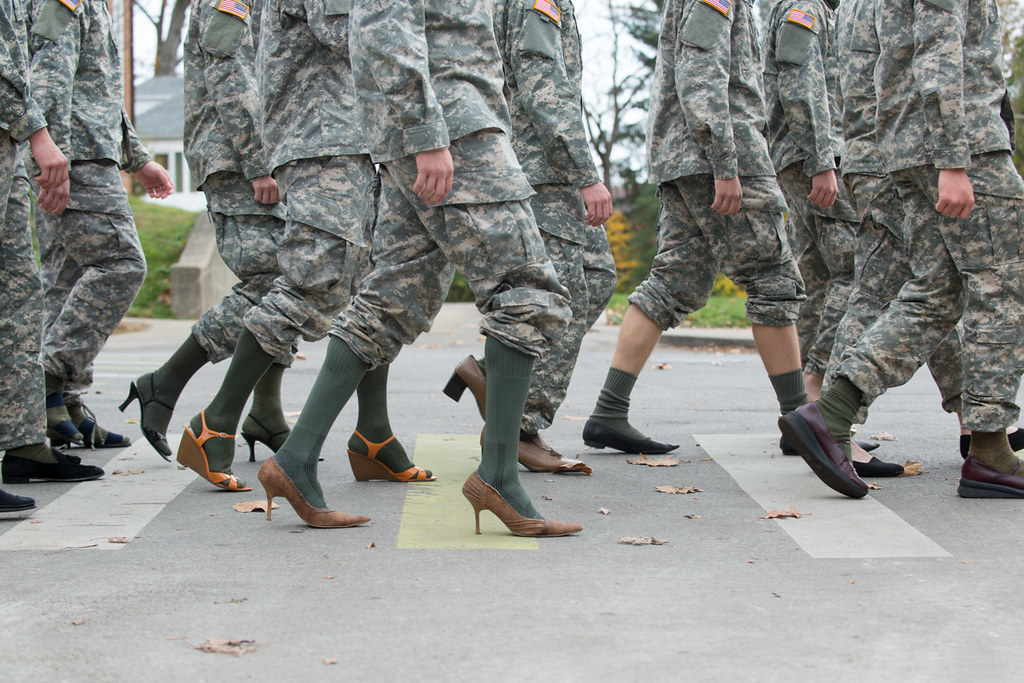 And here's the Army ROTC marching in heels! (Yi-Ke Peng) 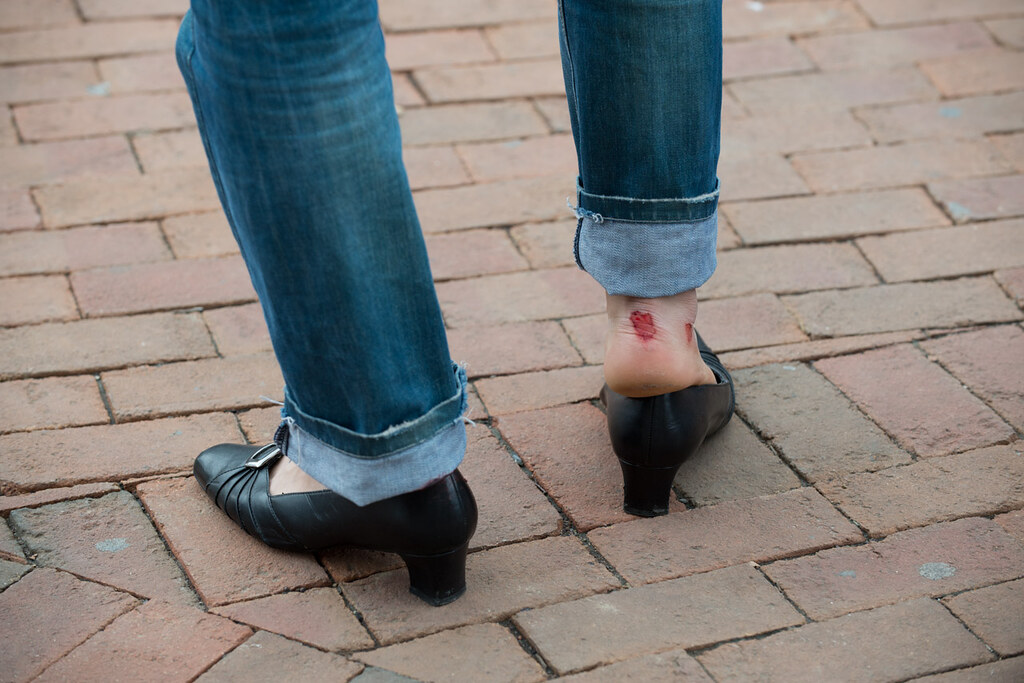 Graduate student Hashim Pashtun rests his feet at the end of the walk. "If this is what it takes for women to have equal rights, then I'm all for it," Pashtun said. (Yi-Ke Peng)