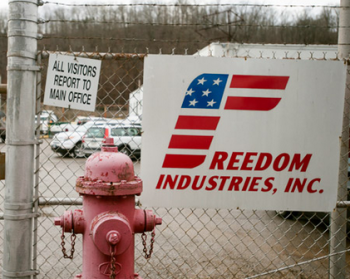 A House panel narrowly approved a bill to scale back protections to prevent chemical spills from sullying water supplies.

The January 2014 chemical spill that contaminated drinking water for 300,000 residents for days spurred the tank law.

At 11:30 p.m. Monday, the committee voted 13-12 to send the proposal to the floor. Several Kanawha County Republicans opposed it.

An amendment adding safeguards was defeated 13-12.

The bill would deregulate about 36,000 aboveground tanks.

Currently, about 48,000 tanks are registered under the new law.

Approximately 12,000 tanks close to water supplies, or containing hazardous materials, would remain regulated with the bill.

Some lawmakers and industries have said current law goes too far, and the Department of Environmental Protection supports changes.

The Senate already passed the bill.