< < Back to
Who should be Gridiron Glory’s player of the year?
Create a poll like this

Above you will find this year’s player of the year finalists and a brief description of why each of them landed on our list. Voting has begun, but our voting system has been slightly altered from years past. This time around, the public will make up 50 percent of the vote while Gridiron Glory’s staff will determine the other 50 percent. You may submit one vote per device and the poll, located at the bottom of this page, will remain open until 11:59 p.m. on Tuesday, Nov. 17. We will reveal the winner on our finale show the following Friday. With any questions regarding the list or voting, you can reach out to us on Twitter or Facebook, or you can comment on this page. Without further ado… 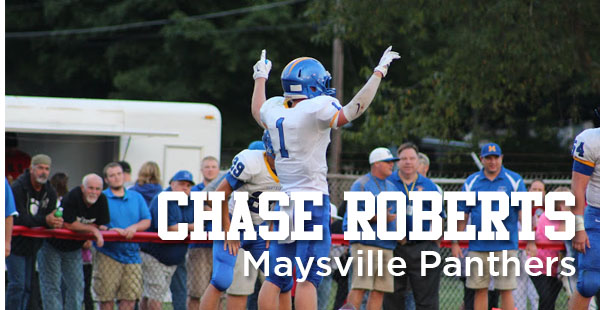 Roberts is the driving force behind Maysville’s potent offense. Through nine games, Roberts accumulated 630 yards and nine touchdowns on the ground, in addition to hauling in 317 receiving yards and seven touchdowns. 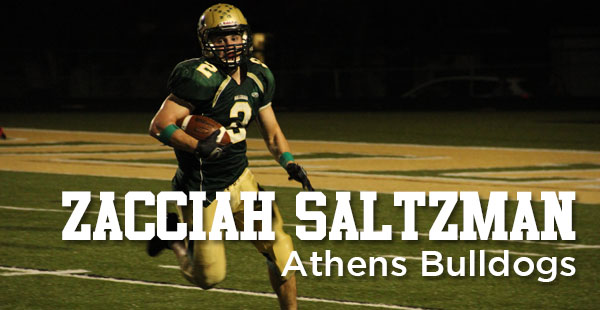 Saltzman’s stats could be described as video-game like, but many aren’t this good at video games. His statistics through week ten are dizzying, to the tune of 2,112 yards on 263 rushes and a whopping 37 touchdowns. For those doing the math at home, that comes out to eight yards per rush and 211.2 rushing yards and 3.7 touchdowns per contest. 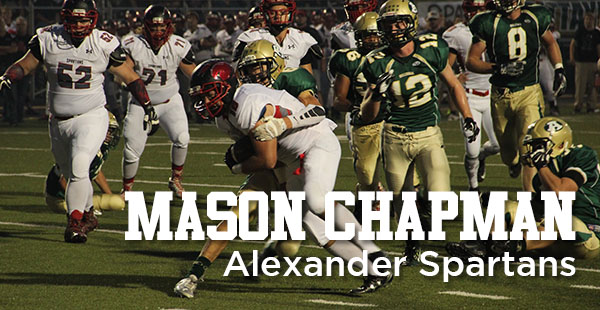 Chapman has proven himself as a “do-it-all” kind of player, especially in Alexander’s rout of Trimble during which Chapman registered three rushing touchdowns, two passing scores, and an interception on defense. He has led Alexander to one of its finest seasons in school history. 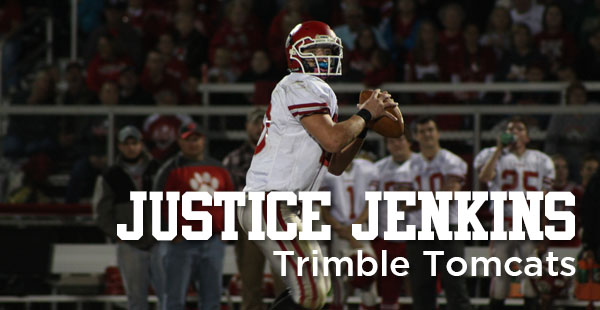 Jenkins finds himself on our finalist list for the second consecutive season and for good reason. Despite being the player on which each defense dedicates its focus, Jenkins has still racked up monster numbers. Through ten games, Jenkins amassed 1,772 yards and 28 touchdowns on 221 carries, 134 yards and a touchdown on 10 receptions, and 119 yards and three touchdowns through the air. He also picked up three interceptions on defense. 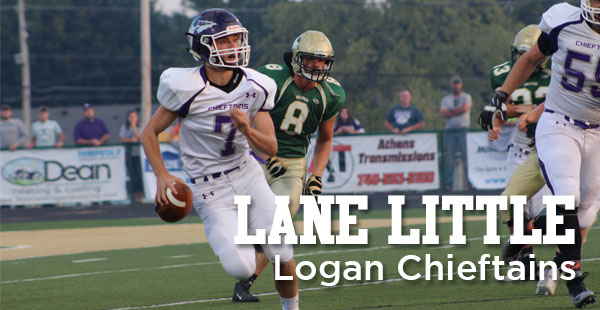 Little is the centerpiece of a high-flying Logan offense. In ten games, Little accumulated 2,140 yards and a school record 30 touchdowns on 137-of-238 passing. With Little at the helm, Logan averaged over 34 points per contest.

Gridiron Glory '15-'16Player of the Year