A third sexual assault has been connected to the same suspect, and now police are classifying the investigation of a “serial offender.”

“Clearly the city of Athens has a predator among us,” said Athens Police Department Chief Tom Pyle. “That person needs to turn himself in and he need not victimize another person in our community.” 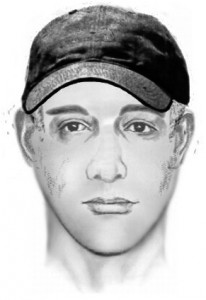 The third sexual assault was found through DNA testing after a report of sexual assault that allegedly occurred on Dec. 12, 2015. This cause police to classify the suspect as a “serial offender,” Pyle said.

This assault has been made part of an investigation into an unidentified male, who police say sexually assaulted two other women, once in 2006 and again in June 2015. The Athens Police Department has joined with not only the OUPD, the Athens County Sheriff’s Office and the Athens County Prosecutor’s Office, but also of the Bureau of Criminal Investigation.

“We’re bringing every resource we have to bear,” Pyle said.

Investigators are enlisting the public’s help,  asking that anyone that was in the uptown area during the late hours of Dec. 11 and early morning hours of Dec. 12 who took photos while uptown to provide the photos to the police.

Powers said OUPD would be “enhancing” efforts, in coordination with other local police, and emphasizing student programs to promote protection and “active bystander” intervention. This include

In the alleged 2015 incident, a female reported that she had been walking home from the uptown area at about 2 a.m. when an unknown suspect approached her near a parking lot on East Carpenter Street.

“As she walked through the parking lot at the rear of 19 E. Carpenter St, an unknown suspect approached her from behind and attempted to sexually assault her but was scared away by others walking in the area,” according to a Jan. 14 APD news release. “DNA evidence obtained as a result of the investigation was submitted to the Ohio Bureau of Criminal Investigation for analysis.”

The results showed the suspect was the same suspect identified by DNA in the 2006 incident, in which a female was walking home from the uptown area and noticed an unknown white male following her.

“After arriving home, the suspect illegally entered the victim’s home and forcibly raped the victim and then fled the scene,” according to the release.

The victim in the 2006 incident described the suspect as being 5’8” to 5’10” tall, weighing 130 to 150 lbs., with short, light-colored hair, a similar description to that given for the suspect in the incident last year.

Anyone with information is asked to contact Detective Jeff McCall at jmccall@ci.athens.oh.us.