A Hocking County grand jury will decide whether an inmate who escaped from a Nelsonville prison will face a new charge.

A charge of escape, a third-degree felony, was recommended by the Ohio State Highway Patrol after investigating the escape of John Modie, 58, according to the Jackson Post of the Highway Patrol. 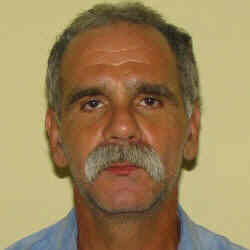 Hocking County Assistant Prosecutor William Archer confirmed that Modie’s case would be presented to a grand jury on Friday, but declined to comment on specific charges until after the grand jury had reviewed the case and made a decision.

Modie was arrested at about 10:50 p.m. on March 28 without incident at an abandoned Nelsonville gas station by a “joint task force,” Jarrod Robinson, spokesperson for the Hocking Unit of the Southeastern Ohio Correctional Complex, said after the arrest.

Since being recaptured, Modie has been moved out of the prison that housed him since he was convicted of murder, burglary and escape in 2003.

“He is not currently at the Hocking correctional facility,” Robinson said. “He has been moved to a higher security facility.”

The Ohio Department of Rehabilitation and Correction confirmed that Modie is currently being held in the Southern Ohio Correctional Facility in Lucasville. A spokesperson for the agency also said an investigation into the prison’s security would be conducted.

“ODRC will conduct a comprehensive review of all policies and procedures relative to the escape,” Grant Doepel, deputy communications chief, stated in a release.

Modie was found after leading regional law enforcement including the Ohio State Highway Patrol on a manhunt throughout the day on March 28. His escape also caused Hocking College to cancel activities that day.

The inmate was reported missing from the facility after an 11 p.m. head count the night before, according to Doepel.

He is currently serving 18 years to life for killing a woman in Cleveland in 2003.