Sonja Williams has always loved music and that led her to produce award-winning public radio shows. She now is a professor in the Department of Media, Journalism and Film at Howard University and just penned her first book.

She has amassed an amazing body of work in broadcast and print since receiving her master’s degree in Communication from here at Ohio University.

She created a 26 part audio documentary called Wade in the Water: African American Sacred Music Traditions, Black Radio: Telling It Like it Was and NPR’s Making the Music with Wynton Marsalis.

On this episode of Conversations from Studio B, Williams talks with WOUB’s Tom Hodson about her early days in radio and how she was able to marry her love for music with her passion for audio storytelling.

Williams has now turned her career to print. She discusses her new book, Word Warrior: Richard Durham, Radio and Freedom, just published in 2015 by the University of Illinois Press. It is a biography about a “gifted broadcast dramatist, journalist and activist” – who lived from 1917 to 1984.

Durham, who wrote radio dramas in the 1940s and had a radio series called Destination Freedom, was also an investigative reporter for The Chicago Defender, wrote television shows and ghost-wrote Muhammad Ali’s book, The Greatest. He was posthumously inducted into the National Radio Hall of Fame in his hometown of Chicago. 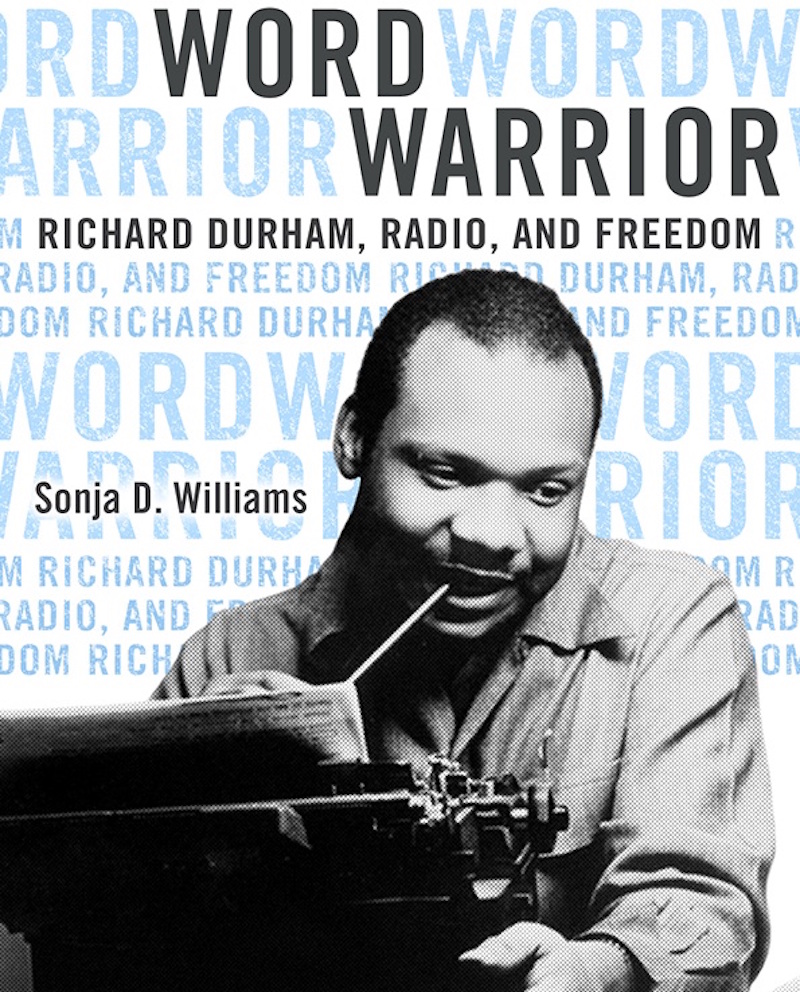