The E.W Scripps School of Journalism, the Office of Global Affairs and International Studies, Housing and Residence Life, Center for International Studies, the School of Media Arts & Studies and the School of Communication Studies at Ohio University will welcome human rights activist, musician and Cambodian genocide survivor Arn Chorn-Pond on Tuesday, April 19 at 7 p.m. in Schoonover 145.

Arn, founder of Cambodian Living Arts, is a Cambodian-American refugee and the subject of the critically acclaimed book, NEVER FALL DOWN (Harper Collins, 2012). He was featured in the Emmy-nominated documentary The Flute Player and is an internationally recognized human rights leader, speaker, and trainer.

A former Director of Youth Programs for the Cambodian Mutual Assistance Association in Lowell, Massachusetts, Arn served as a special advisor on Cambodian affairs for Clear Path International in early 2001.

Arn was born into a family of artists from Cambodia’s second-largest city, Battambang, where his parents ran an opera-house. As a part of the targeting of artists and intellectuals, the Khmer Rouge soldiers separated his family in 1975 and he was sent to a children’s labor camp. There, he was taken under the tutelage of a traditional arts Master and learned to play the Cambodian hammered dulcimer, Khim.

Unlike most of the other children in the camp, Arn escaped death by playing propaganda music for the Khmer Rouge generals during massive executions. He later fled his captors when Vietnamese troops invaded Cambodia in 1979 and he managed to reach a refugee camp in Thailand, where Peter Pond, a Lutheran minister and aid worker, befriended and later adopted him in 1980.

In the mid-1990’s, Arn returned to Cambodia on a mission to rebuild the legacy of his family’s involvement in Cambodian Opera and to find his music teacher from the time of the Khmer Rouge. On his trip, he “discovered” that other Master artists who had miraculously survived the war and the resulting genocide, were surviving in extremely difficult living conditions. The Cambodian Masters Performers Program, now Cambodian Living Arts, was born.

Arn Chorn-Pond became an internationally recognized human rights leader, speaker, and trainer. As the Director of Youth Programs for the Cambodian Mutual Assistance Association in Lowell, Massachusetts, Arn served as a special advisor on Cambodian affairs for Clear Path International in early 2001. He is also the recipient of the Reebok Human Rights Award, the Anne Frank Memorial Award, the Kohl Foundation International Peace Prize and two honorary doctorates for peace and humanitarian service.

Today, Arn resides in Cambodia, where he continues to be the chief advocate of Cambodian Living Arts. He is an accomplished musician, recording artist and performer and runs the original music production company Waterek Production. 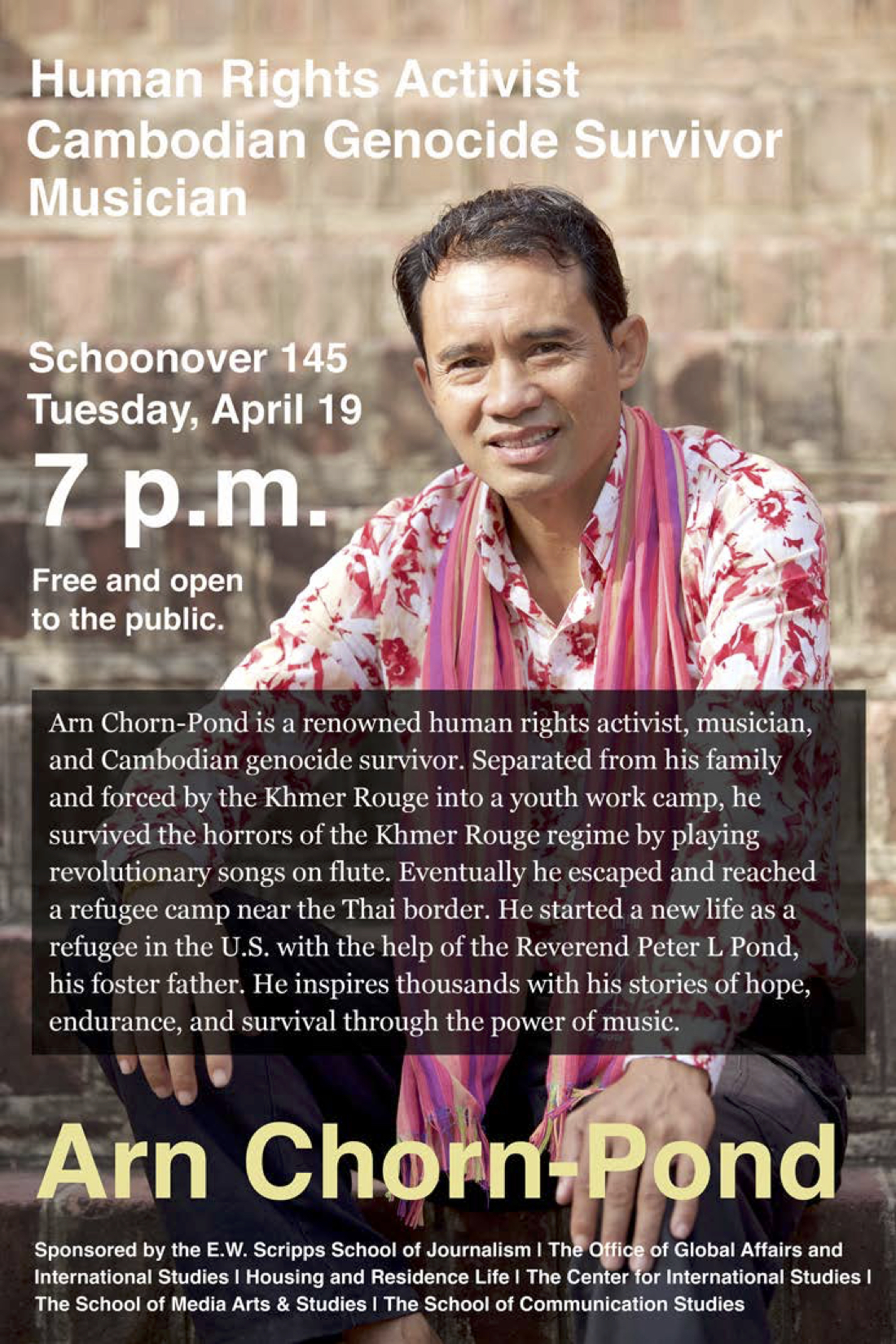