Pages and Pedals Checked Out at Athens Libraries 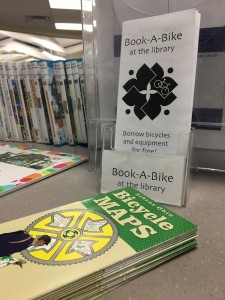 The Athens County Public Library  has teamed up with the Athens Bicycle Shop to allow library-card holders to borrow bikes for free.  Book-A-Bike evolved from a successful program in 2013, and a grant from the O’Bleness Foundation and the Athens City-County Health Department.

The program’s objective is to encourage a healthy lifestyle and to increase the use of the county’s libraries.

The library’s partner in the program, Athens Bicycle, provided the bikes that were purchased with the grant. Daniel Brown, an employee of the Stimson Ave. business, said he was pretty excited when he found out about the program. 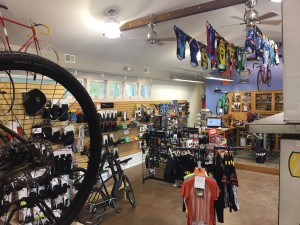 He is among the employees who helped assemble the bikes. The owner of the Athens Bicycle shop worked with local library directors to create a plan to purchase the bikes. While the Athens Bicycle Shop has its own bike-rental service, Brown said he would send potential customers to the library to check one out  if they had a library card.

Although the program is free, borrowers must have a current library card and be in good standing to use the equipment.

That means no overdue library books.

The library also requires users to sign a lending agreement, and a parent or guardian must sign a consent form for minors using the bikes. After checking out the bikes, the rider has three hours to bring them back.

Nicholas Tepe, the Director of the Athens County Public Libraries said he has seen several hundred bike check-outs in a single month – especially as the days grow warmer.

“The bikes are often used by people for running errands or personal enjoyment as well,” Tepe said. “I’ve even seen people check out a bike so they can learn to ride.”

It’s all downhill from here

The program, one of the first in Ohio, is making an impact throughout the state.  The library frequently gets requests from other libraries interested in copying the program 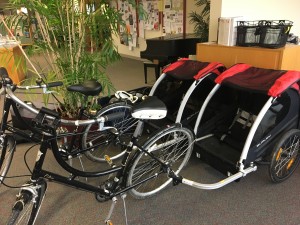 as more libraries try to find ways to increase interest in library use.