The Athens International Film and Video Festival officially kicked off in Athens on Monday. Nearly 2,000 film submissions from around the world were reviewed and chosen by the festival committee. Of the submissions, 250 made it to the big screen – some of the directors live in Athens.

The festival started in 1974 as an outlet for aspiring underground filmmakers. The week-long event gives local and national filmmakers a chance to embrace their talent and showcase t 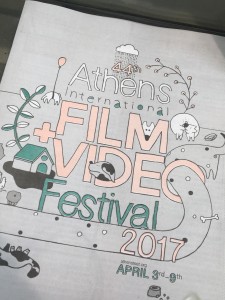 heir work at the Athena Cinema.

AIFVF shows films such as documentaries, narratives and short-form films. The festival gives the filmmakers a public platform and exposure to a community that cherishes the art of expression.

Putting the film festival together is no easy task. Alexandra Kamody is the Athena Cinema director, and although they’re a separate entity from the film festival, the two collaborate to produce a successful project.

“The festival brings filmmakers from around the world, so it really is a unique time for people in Athens to get to interact with ideas and films and people from all over, and it definitely does bring in business,” Kamody said.

And the event does just that. Although it is a fun experience for those who participate, local businesses and hotels see it as a big money-maker. The local hotels house fifty directors and those who are visiting the area to see the films. 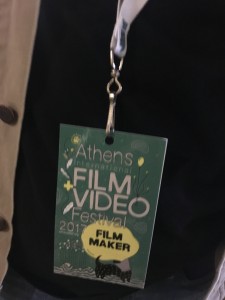 after parties at local bars and restaurants.

“Everyone likes to watch a movie and then go have a cup of coffee and a drink and talk about the movie,” Kamody said.

Little profit for the festival

AIFVF Director David Colagiovanni said the festival doesn’t make much money. The money that is made this year will be put towards the budget for next year’s film festival. The festival starts screening the films in the afternoon but doesn’t charge anyone before 6 p.m. Ohio University students get to see all the films at no cost with their student ID.

Colagiovanni said each year the festival team tries to to find ways to increase the economic impact for the community. However, as a film director himself, he said he’s in it for the passion of filmmaking.

“Being able to watch all those films and see what people are making year to year is an amazing opportunity,” he said.