ATHENS: Ohio– Social Media sites have become a platform for criminals to broadcast their crimes to unsuspecting, and often unprepared, audiences. The most recent abuse of social media was the posting of a Cleveland murder by Steve Stephens, 37, of Cleveland.

The Facebook posting of the Easter Sunday shooting of 74-year-old Robert Godwin Sr., exposed children and adults the violent murder. Social Media sites like Facebook, Instagram and Twitter have become the main platforms of online communication for billions of users worldwide. But the attractiveness of online sites, where you can watch videos, post comments,and share and view anything, has also allowed users to post the most vile images.

In August of 2015, Roanoke, Virginia TV reporter Allison Parker was fatally shot on live TV by a former station employee. The gunman posted a video of the shooting on Twitter where millions viewed it, initially unaware of the content. This was just one of numerous violent crimes posted to social media sites that can still be found today. 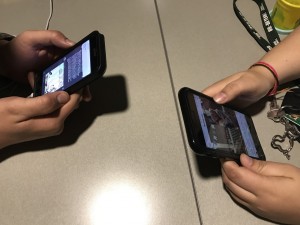 These platforms, despite the good that they can bring, have become a vehicle for criminals seeking instant celebrity.

With new offerings such as Facebook live, and Instagram Live, it has become easier for anyone to post content without oversight.  Professor Karen Riggs, a social-media expert at Ohio University, said the power of social media is in the hands of the user.

“But so many cultural forces and circumstances put people in situations where their behavior is going to be affected by the tools available,” Riggs said.

Facebook founder and CEO Mark Zuckerberg told CNN that Facebook will work to prevent offensive videos from being posted to the social network site.

“We have a full roadmap of products to help build groups and community, help build a more informed society, help keep our communities safe,” Zuckerberg said.

Such videos can remain on social media sites for hours before being removed.

Though these sites are known for their many positive postings and features, the Facebook posting of the Cleveland murder is raising new questions about whether the sites themselves can effectively monitor user content.

Report: Most Ohio Prison Killers Had Violent Crimes in Past