Mind The Gap: Why The ‘Wage Gap’ Still Divides Us On Payday

McKenzie Cantrell is an employment lawyer affiliated with the Maxwell Street Legal Clinic, in Lexington, Kentucky, where she works with low-income refugees and immigrants to uncover instances of wage theft and income disparities. She travels and gives presentations about employment law, wage theft and what workers’ options are if they have problems with compensation.

“Sometimes you can just see on someone’s face, the fact that they have lost money over the course of their career, and it really affects you as someone who doesn’t want to see working people lose money and struggle in a low-income job,” Cantrell said.

Many of Cantrell’s clients work in the service and construction sectors, and many are women and minorities 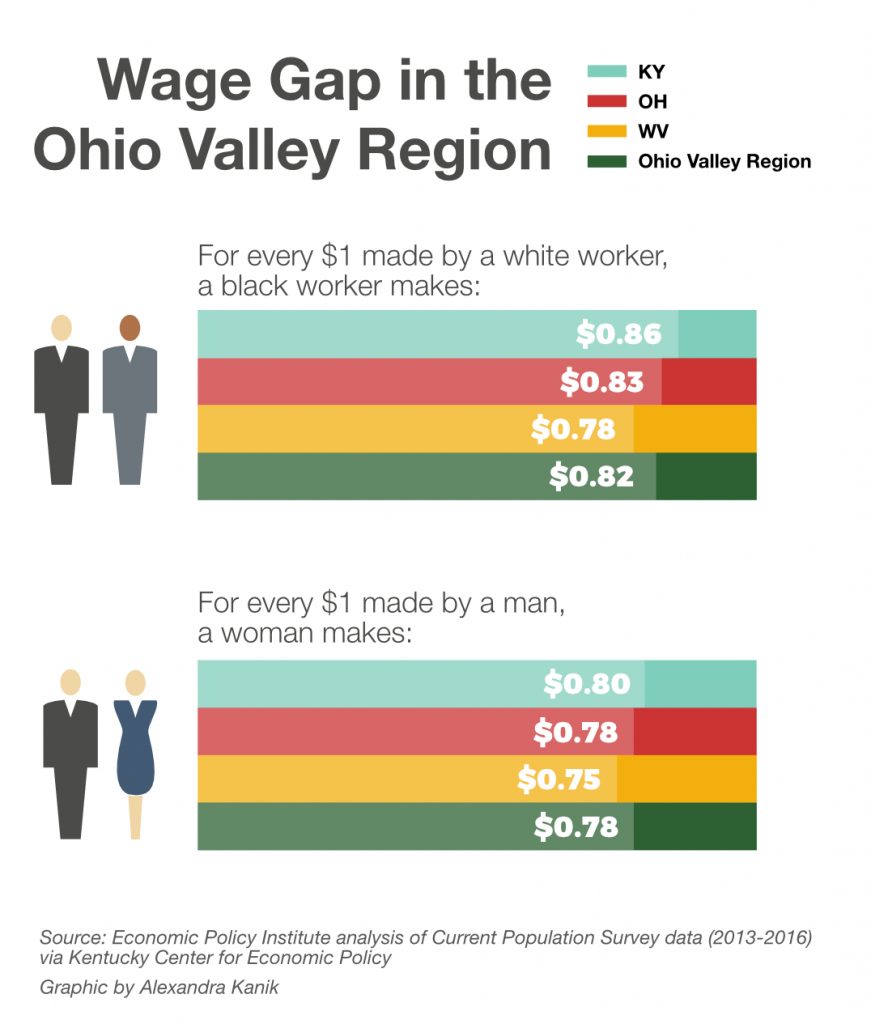 Data from the Economic Policy Institute show that women and people of color in the workforce earn less, on average, than white, male workers. In the Ohio Valley region this ‘wage gap’ hovers around 20 percent: In Kentucky, Ohio, and West Virginia an African American worker will earn on average 82 cents for every dollar a white worker earns. For women, it’s about 78 cents. And that gap persists even as education levels rise among workers.

Amy Hanauer is an economist with Policy Matters Ohio, a nonprofit research policy institute focused on labor in Ohio. She said it’s easy to blame a lack of education or choice of job field for the wage gap, but it’s not that simple. 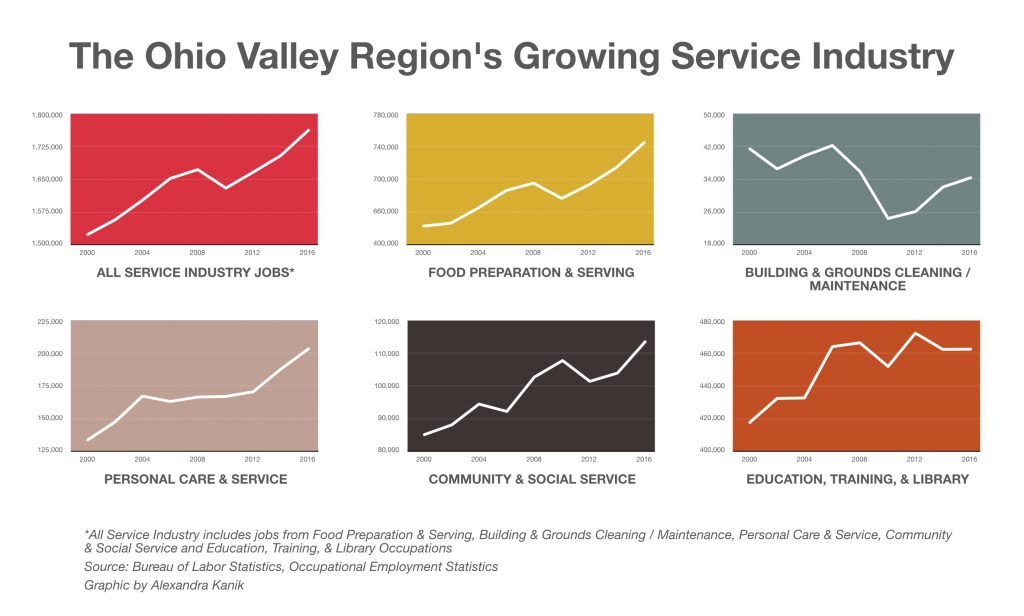 As jobs in the coal industry and manufacturing sector have dwindled, service sector jobs have grown. Many of the jobs in this sector are low wage or minimum wage. Hanauer argues there is a disproportionate amount of women and minorities in these jobs.

“So, if many of our most common jobs don’t pay enough for people to get by it’s kind of inevitable that people are going to struggle to get by,” she said.

Hanauer said a lot of states have made efforts to reduce unions, and if unionization is reduced the wage gap between black and white workers will grow.

“One of the things unions have historically done is take some of the subjectivity out of it and make pay scales that go by qualification,” she said. Hanauer said many of the most common occupations earn little more than the poverty level or even less.

She argues there is a disproportionate amount of women and minorities in these jobs, partly due to historic discrimination which puts people in these demographics at a disadvantage.

“African Americans and women tend to be overrepresented in these jobs,” Hanauer said. “If we just made sure these jobs paid better, that would go part of the way toward reducing the disparity.”

Hanauer said this is tied to the legacy of housing discrimination. Many cities had discriminatory housing practices that put minorities at an economic disadvantage.

This year marks the hundredth anniversary of a U.S. Supreme Court decision on housing discrimination in Louisville. The justices struck down a residential segregation ordinance. However, in Louisville and many other cities lenders and brokers used other tactics to continue segregating neighborhoods; they began redlining, or denying loans to African Americans and other people of color.

Historic housing discrimination, as reflected in this 1937 map of loaning in Louisville, contributed to today’s wage gaps.

For example, Hanauer said, following World War II African American veterans were not offered the low interest loans to buy homes that many white veterans were. She argues that because of this sort of discrimination, people from black families are often at a disadvantage in the job market.

“Black families have much less wealth than white families, because of historic passing down of that wealth,” Hanauer said.

This might mean that an African American family is less likely to have a car, which might make it less likely to get to that high paying job. She said Americans need to step back and see how they can make sure they aren’t allowing these pay disparities to continue.

Hanauer said raising the minimum wage would bring up the bottom, which would begin to address wage gaps. That’s part of the argument behind a national movement called Fight for $15, which advocates for increases in the minimum baseline pay. 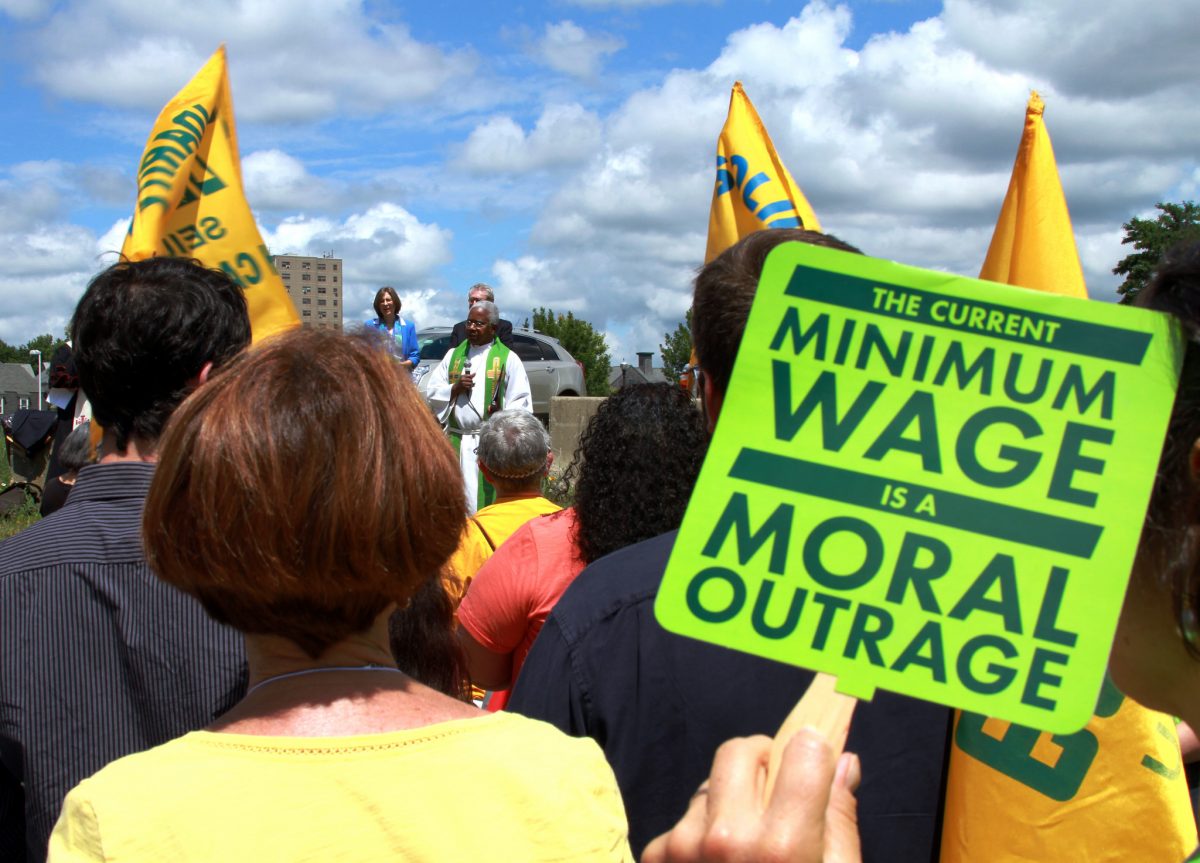 Demonstrators across the country have called for an increase in the minimum wage, which labor advocates say could help shrink the wage gap.

Hanauer said many of the initial protections offered to working people excluded women and people of color. For example, when minimum wage laws were established many jobs in agriculture and domestic jobs were excluded.

“Well, those were the jobs that many women and certainly most African Americans held at that time,” she said. “So from the very beginning black Americans were excluded from the most basic form of labor protection.”

“You may see people starting in minimum wage, but even in the low skill sector they don’t tend to stay there very long,” Leguizamon said.

She noted if a higher minimum wage pushes employers to hire fewer people that could exacerbate disadvantages that women and minorities have. And what seems like evidence of workplace discrimination might be the result of other factors at play. 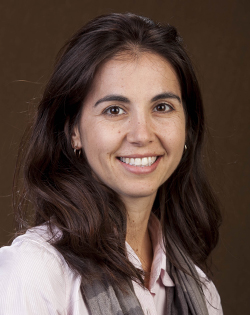 “Some researchers have argued quite widely that there is some discrimination going on, but it’s important not to suggest it solely based on the presence of a wage gap,” she said.

Leguizamon said it’s important for researchers to keep digging into the data as new information comes out because it’s an important issue that people should pay attention to and work to change.

“The health of the labor market is so important for individuals and if there is any big persistent difference it’s a good thing to take note of,” Leguizamon said.

But Leguizamon said it’s difficult to find the cause of a wage gap because researchers can’t simply run an experiment in a lab. 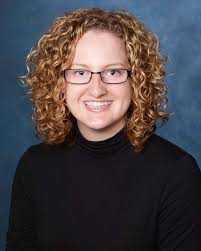 “Work in general has changed where you have people working multiple jobs or multiple part time jobs and that does affect the number of clients or cases who may be affected by this issue,” Cantrell said.

Service sector employment in Kentucky, Ohio, and West Virginia has grown by 16 percent since 2000, and Wal-Mart — known for low wages — is now the top employer in West Virginia and Ohio. As low wage employment grows, chances are the wage gap will continue to be a part of many paydays to come.