More than a dozen positions within Ohio University’s Office of Information Technology have been abolished, and several positions reassigned or restructured, according to information obtained by WOUB.

Those whose positions were abolished “have the opportunity to apply for newly created positions with full awareness of the new structure.” WOUB has learned that some of the new or restructured positions will be at a lower pay grade than those being abolished.

Classified positions will be filled through “bumping,” which is the process through which laid off employees have the opportunity to take another position within the university based on seniority.

“Impacted staff will continue in their current roles until they receive formal notice of their positions ending in the second half of June,” the email stated. 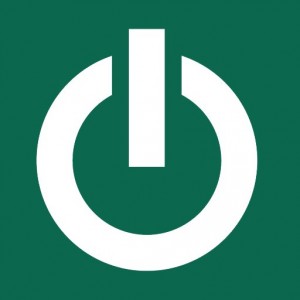 The move comes as the department attempts to “create a consistently defined organization and alignment of like skills,” Chief Information Officer Craig Bantz said in an email to staff, which was also signed by Assistant CIOs Chris Ament and Brian Bowe.

“These changes demonstrate our commitment to a single unified structure and way of working for OIT, and our commitment to growing OIT in a sustainable way to better meet our evolving customer demands,” the email stated.

In exchange for the abolished positions, a new “tiered support model” will be instituted with new positions under three categories: Contact Center, Application Support and a consolidation of the Testing Center and Test Score activities.

Three Support Assistant positions will be created in the Contact Center along with one Support Specialist. The student workforce will also be increased by 50 percent in the new structure.

The Application Support team will include four Support Analyst positions, and a current position will be reassigned to that group.

Two Learning Systems Analyst positions and an Academic Technology Manager are also in the works, along with a new “Desktop and Classroom Engineering Team,” for which three current OIT employees have been reassigned.

“Field support” activities, which include desktop and classroom and technology support, repair work and service to Blue Light phones and CATVision will be “consolidated and aligned with field services.”

A production control position will be reassigned to Student Systems, however that position was reassigned “with the intention of eliminating the position after the majority of those duties are automated,” Bantz, Ament and Bowe wrote.

“The eventual elimination connects to our principle of having the right skills at the right level to do work as effectively as possible,” the email stated.