– Filmmakers Ken Burns and Lynn Novick join veterans and other dignitaries to lay a wreath at The Vietnam Veterans Memorial Wall in Washington, DC – 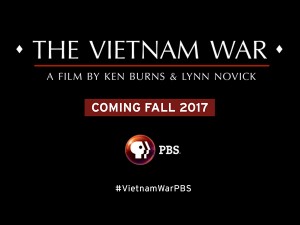 Arlington, VA, May 11, 2017 – In commemoration of Memorial Day and the 35th anniversary of The Vietnam Veterans Memorial Wall in Washington, DC, filmmakers Ken Burns and Lynn Novick will join leaders of the Vietnam Veterans Memorial Fund, veterans and other dignitaries to lay a wreath at The Wall on Monday, May 29, at 1:00 p.m. and deliver remarks about The Wall’s enduring significance to veterans and the country. Burns and Novick are the directors of THE VIETNAM WAR, a new 10-part documentary film airing on PBS stations beginning September 17, 2017, at 8:00 p.m.

Following the ceremony, Burns and Novick will join Vietnam veterans along the National Memorial Day Parade route as they serve as Grand Marshalls. The annual parade, now in its 12th year, will begin at approximately 2:00 p.m. along Constitution Avenue in Washington, DC.

Burns and Novick are currently participating in a 20-city tour, which began this spring and will continue through the broadcast of THE VIETNAM WAR this fall, to share stories from the film and encourage a national conversation about the issues raised. The outreach initiative includes meetings and discussions with Vietnam veterans, military leaders, Vietnamese Americans, students and others, all focused on sharing the history of the Vietnam War in an effort to address matters that continue to divide the nation. 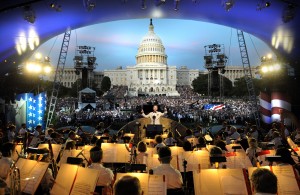 On the eve of Memorial Day, Sunday May 28, PBS will air the NATIONAL MEMORIAL DAY CONCERT, which commemorates the service and sacrifice of our men and women in uniform, veterans and their families. This year, Oscar nominee and Emmy and Tony-Award winner Laurence Fishburne will join Tony Award-winner Joe Mantegna to host the 28th annual night of remembrance. Emmy Award-winner Gary Sinise, who has co-hosted the concert for the past 11 years, will present a 75th anniversary salute to the Doolittle Raiders, the daring aviators who changed the course of World War II in the Pacific. 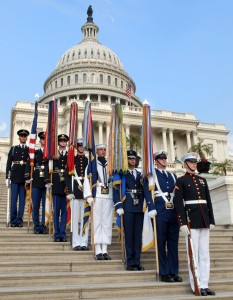 Following the NATIONAL MEMORIAL DAY CONCERT, PBS PREVIEWS: THE VIETNAM WAR offers viewers a first look at the creation of the upcoming 10-episode, 18-hour documentary series from Ken Burns and Lynn Novick (see a trailer here). Featuring interviews with the filmmakers, behind-the-scenes footage and exclusive clips from the landmark series, this advanced look at the fall’s most anticipated film airs Sunday, May 28, 2017, 9:30-10:00 p.m.  More information about the film is available here. 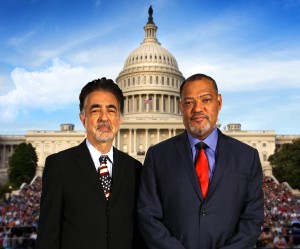 “PBS’ Memorial Day programming explores the lasting effects of war and the enduring strength of the human spirit through unexpected personal stories of both compassion and sacrifice,” said Beth Hoppe, Chief Programming Executive and General Manager of General Audience Programming at PBS. “It is our hope that our programming encourages candid discussion in communities across the country about the realities of war, while honoring the legacy of those who have served.”

On the following day, Memorial Day, INDEPENDENT LENS premieres “Farmer/Veteran,” a portrait of veteran Alex Sutton. Home from three combat tours in Iraq, Sutton forges a new identity as a farmer, hatching chicks and raising goats on 43 acres in rural North Carolina. He dives into life on the farm with his new love, Jessica, but cannot shake the lingering scars of war. As the seasons change, it becomes clear that Alex can’t keep ahead of the work on the farm — or his own inner demons. The story of one man’s struggle to overcome the trauma of war and find a way forward, the film has been praised by mental health professionals and veterans’ groups alike for its authentic and honest portrayal of the difficulties of transitioning from military to civilian life. “Farmer/Veteran” premieres on INDEPENDENT LENS on Memorial Day, Monday, May 29, 2017, 10:00-11:00 p.m.

PBS, with nearly 350 member stations, offers all Americans the opportunity to explore new ideas and new worlds through television and digital content. Each month, PBS reaches nearly 100 million people through television and nearly 28 million people online, inviting them to experience the worlds of science, history, nature and public affairs; to hear diverse viewpoints; and to take front row seats to world-class drama and performances. PBS’ broad array of programs has been consistently honored by the industry’s most coveted award competitions. Teachers of children from pre-K through 12th grade turn to PBS for digital content and services that help bring classroom lessons to life. Decades of research confirms that PBS’ premier children’s media service, PBS KIDS, helps children build critical literacy, math and social-emotional skills, enabling them to find success in school and life. Delivered through member stations, PBS KIDS offers high-quality educational content on TV – including a new 24/7 channel, online at pbskids.org, via an array of mobile apps and in communities across America. More information about PBS is available at www.pbs.org, one of the leading dot-org websites on the internet, or by following PBS on Twitter, Facebook or through our apps for mobile and connected devices. Specific program information and updates for press are available at pbs.org/pressroom or by following PBS Pressroom on Twitter.

Vietnam Memorial Wall Replica To Be Dedicated In Kentucky