Escobedo Will Be Paid OU Employee Until November

ATHENS – The beleaguered Ohio University professor who resigned rather than face the Faculty Senate hearing he requested will remain a paid employee until November. 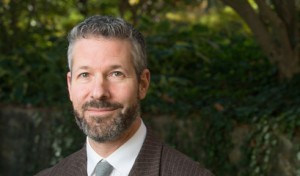 He was facing the hearing after a university investigation concluded that he had “exploited” women within the English department for whom Escobedo would be considered an authority figure.

The Faculty Senate hearing was scheduled for September 1 and 2. The hearing was requested in April by Escobedo himself.

Even though that hearing is now cancelled, the university will continue paying Escobedo’s $87,149 annual salary until his resignation takes effect.

“He will receive compensation until November 1,” OU spokesperson Carly Leatherwood said in an email to WOUB.

Escobedo has also been on paid administrative leave since March 2016. During that leave, he was required to “receive permission to come onto campus,” according to Leatherwood.

In December 2016,  OU’s Office of Equity and Civil Rights Compliance (ECRC) released a Memorandum of Findings that concluded Escobedo had “engaged in a pattern of exploiting females who are subordinate to (him) by virtue of their student status or their junior employment status,” investigator Jessica Cook wrote in the document.

ECRC investigated claims from six different individuals claiming to be victims of Escobedo. Most of the individuals were at the university at separate times.

The women accused him of actions ranging from “inappropriate touching” to sexual harassment, nonconsensual sexual conduct and creating a hostile workplace.

Women who participated in the university investigation said they were hesitant to stop Escobedo or report his alleged actions for fear of career or educational damage.

Escobedo denied that he had coerced anyone or abused his authority, telling investigators the claims were a “social justice crusade to get him fired from his job.”

He has not been criminally charged with any offense, but he still faces a civil rights lawsuit from two of the victims in the university investigation.

Denying Escobedo’s resignation and continuing the dismissal process was not considered by President Duane Nellis.

The university released a statement announcing the resignation, in which Nellis cited “brave women and other people in our community” for bringing the “intolerable behavior” to light.

“I am accepting his resignation, but only doing so after input from (former interim president) Dr. David Descutner, (College of Arts & Sciences Dean) Dr. Bob Frank, and others that engaged in a deliberative and thoughtful review of what is best for our university community,” a statement attributed to Nellis stated.

The November resignation date was chosen because it “correlates with the (Ohio University Board of Trustees) meeting that would have followed the planned faculty senate hearing,” according to Leatherwood.

The Faculty Handbook for the university spells out the process of dismissal and de-tenuring, which includes a full review of the Faculty Senate proceedings by the Board of Trustees. Had the process continued, according to the handbook, if the senate disagreed with the administration’s recommendation, the board could have asked for further consideration by the senate.

This could have prolonged the process past the November 1 date.

After November 1, Escobedo will have no restrictions to his access on campus.

“After his resignation, he will have the rights of any private citizen,” Leatherwood wrote.

Read more stories about the Escobedo case from WOUB: