The Charles Dickens holiday classic comes to life as a live 1940s radio broadcast, complete with vintage commercials for fruitcake and the magic of LIVE sound effects and musical underscoring. The Ohio University Lancaster student actors bring dozens of characters to the stage, as the familiar story unfolds: three ghosts take Ebenezer Scrooge on a thrilling journey to teach him the true meaning of Christmas. A charming take on a family favorite that will leave no one saying “Bah Humbug.” The play is produced by special arrangements with Playscripts, Inc.

Alexandra Downour, who plays Lana Sherwood in the play, is excited about the role because of its challenge. “Lana is an actress who plays many roles in a radio play. This means that I can use different voices to differentiate the characters,” she said. “It’s a chance to broaden my abilities on voice and character acting, making me a more diverse actress.”

Downour encourages all ages to attend the performance, “This is a wonderful family friendly show that brings everyone’s favorite characters to life onstage in a way many have yet to experience,” she said.

Although there are some differences between the holiday movie favorite and the play. “The stage play has the actors playing the roles of the more widely known story as if they are being broadcast over a radio station,” she explains. “Every actor is playing another actor who plays many characters in A Christmas Carol. It’s exciting to see the actors change roles quickly with their voices and character traits.”

Downour is a junior theatre and business administration major and hails from Berne Union High School. She splits her time attending classes at both Ohio University Lancaster and OHIO’s Athens campus. After graduation, she hopes to find a theatre of her own where she can direct and design shows.

“Professor Jones has been very generous with the opportunities he has given me to learn and expand on my abilities in theatre, and I hope that someday I can pay that forward to others who love theatre as much as I do,” she said.

Performances begin Thursday, December 7 through Sunday, December 10, tickets are $12 for reserved seating for adults and $10 for seniors, students and children. They are available online at here or at Ohio University Lancaster’s theatre box office (located in the OUL north lobby in front of Wagner Theatre, 1570 Granville Pike, Lancaster, OH) staffed Monday through Friday, 12 – 4 p.m., and one hour before shows or call (740) 681-3353. 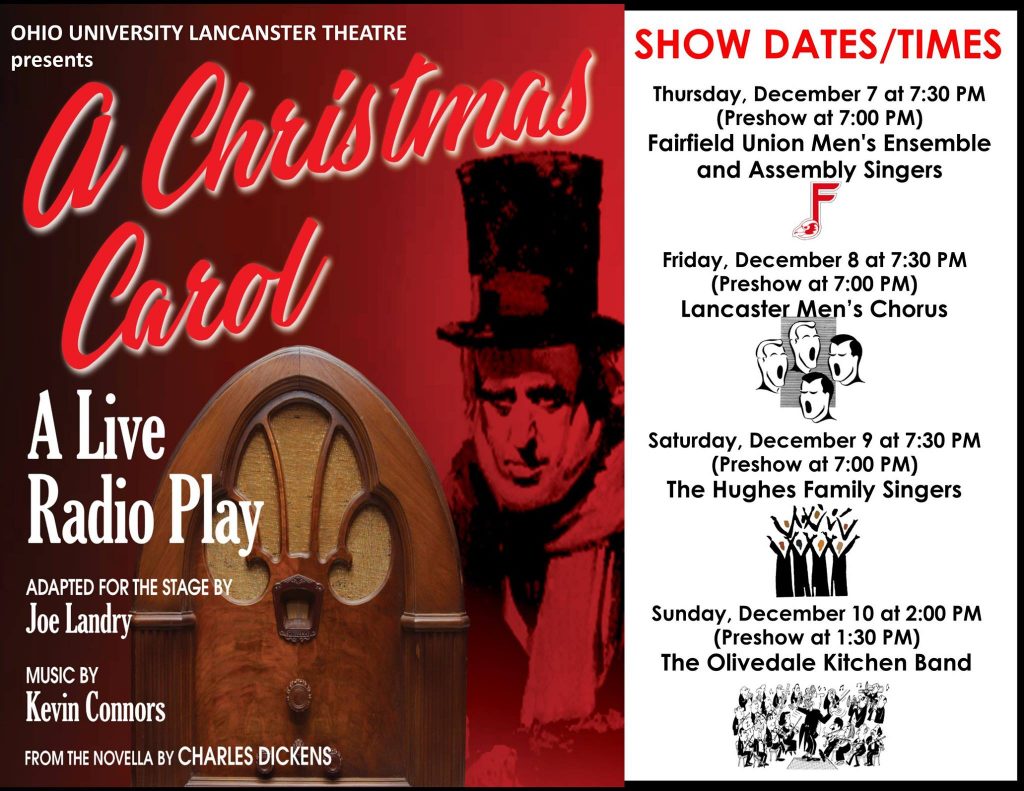