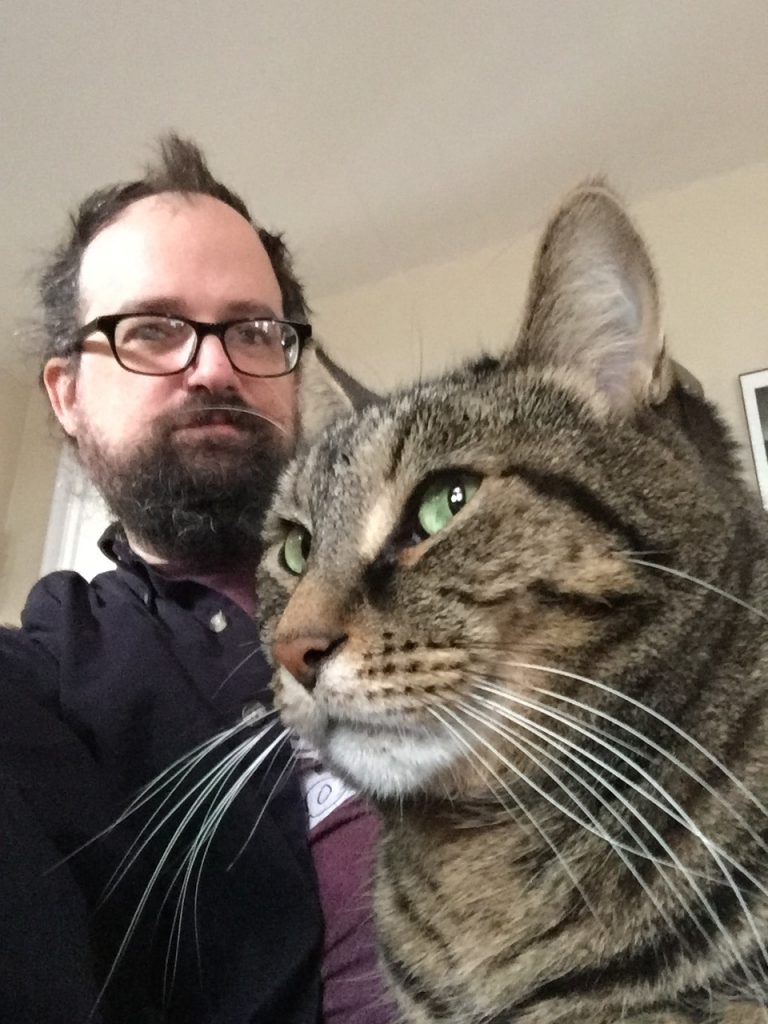 Andrew Lampela is a local dude that may or may not know a few things about music. He thinks he might be getting a little better at drums, but his Unmonumental bandmates unanimously say “nah.”

Nothing else even comes close to the number of times I listened to opener “Go West” this year. I’m talking triple digits. It is, to these tinnitus-riddled ears, a perfect song. The rest of this e.p. ain’t too shabby either, four more tracks of forward thinking awesomeness that I absolutely crushed this year. Lo Pan have truly transcended their stoner rock roots and supplied me with the top pick for albums-people-are-sick-of-me-talking-about. Scott Thompson is a riff legend, no lie.

Laura Naukkarinen’s musical growth has been super rewarding to follow and her latest Poseidon is a sparse, immersive and, for my money, essential voice in the world of experimental music, very far removed from her noisier freak folk beginnings. Poseidon is a wonderful album full of exquisite loops, vocals, pianos, Helena Espvall incredible cello, and tons of contributions from Matti Bye, an integral part of latter period Lau Nau works and a perfect foil for one of my favorite artists. I’ve said it before and I’ll say it again, I’m sure. I’ll follow Lau Nau wherever she goes.

If you know me, I have inevitably pushed this band on you at least once in the last twelve years or so. Their ‘70s output is some of my favorite music on the planet. It is just as shocking to me that Tack has somehow wedged itself up amongst my favorite stuff from these Swedes. Opener “E Moll Slow” is downright essential psych, probably one of the only songs to come close to how many times I listened to Lo Pan. Top tier material, 40 plus years into it.

2017 was the year I decided to get my scattershot knowledge of Krautrock together in one lobe. I was familiar with plenty of the important records, but diving into David Stubbs informative Future Days book gave much needed context to a remarkable scene. Plenty of albums jumped out during this deep dive (Neu! 75, man, Neu! 75…), but none of them bulldozed me quite the way Harmonia’s debut did. Holy smokes, this album.

Solstafir have always been weird outliers as far as metal goes, what with all the atmospherics and Icelandic lyrics and all. Maybe too weird for the straight metal heads, and maybe a bit too rockin’ for the people expecting pure Icelandic mood music. It’s not so much that Berdreyminn reigns it all in, but it somehow consolidates everything that came before into what has become my favorite album by them. It would be easy to describe this album as a heavy rock psych jam, but that doesn’t do any justice to what Solstafir have done here. Just go with it and let the second half of the album blow your damn mind.

Elder are another band that have evolved beyond their roots, taking stoner rock labels, crumpling them up, and chucking them out the window on the long drive across people’s minds, while causing my own notions of heavy to evolve. They’ve upped the prog quotient even more on Reflections and continue to deliver a far-reaching blend of heaviness that sucks you in and takes to glorious places if you give it the time. I’ve been pretty bored with the majority of metal offerings this year, and Elder was one of a handful of bands that showed just how awesome and transformative the genre could still be.

7. Lindstrøm – It’s Alright Between Us As It Is/Where You Go I Go Too (Smalltown Supersound)

If you’d have told me that 2017 was the year I would fixate on a couple disco electronica albums, I’d have punched us both, but here we are. Where You Go somehow nailed me to the point of listening to a 30 minute dance track on repeat for weeks and I haven’t looked back. It might be the descent into Krautrock, it might just be my time, who knows, but I like it. It’s Alright fortuitously came out at a perfect time and it has joined the former as a very, very, very unlikely highlight in my year. Disco-dance-electronica… man, who am I anymore?

This was also the year that synth indie pop/rock really nailed me. Crutchfield’s album hit me really early in the year, and is catchy as can be. Michelle Zauner’s Japanese Breakfast is a late addition to this list, but holy cow, if not just for the awesomeness of the first two songs. Both of these albums are a fantastic example of just how cathartic simple, well written pop songs can be. Catchy indie rock goodness right here.

Not technically an album (seriously check out all of Bowles records if you haven’t, he’s a real treasure), but you should absolutely check out this live set from one of the preeminent purveyors of weird banjo music. I have a hard time describing what Bowles does for me. He scratches the ‘bizarre Americana’ itch just as deeply as he scratches the ‘banjo Krautrock’ itch I didn’t even know I had. Transformative music, to be sure. I absolutely CANNOT WAIT for this trio to put out an album.

Boy howdy, I forgot how much I liked this stuff. Sure, it’s not for everyone. Sure, there are some moments on here that ‘aren’t music.’ It’s 2017, man. If you still feel the need to rag on Yoko Ono’s music you really need to get a life. There’s room enough in the world for all kinds, and if all you here is ‘caterwauling noise’ that’s fine. I hear some truly inspired musicians working outside of their comfort zones, creating some pretty fantastic material, ranging from tradition rock to fairly out there art skronk. I like it all, and it’s pretty cool that records this divisive have been given the reissue treatment. Even I don’t think it all works, but I’ve been having a blast digging back into these albums to find what does.

Special mention – I would be remiss if I didn’t mention how much Jazz re-entered my life this year. I remember the exact moment jazz became capital J Jazz for me, and it was the first spin of Uncle Jay’s copy of Cumbia & Jazz Fusion by Charles Mingus way back in the early ‘90s, jump-starting a lifelong fascination and deep, undying love of pretty much his entire catalog. While I spent a healthy time running the Kind Of Blue/Blue Train/Time Out circles, once you start going for late period Coltrane, Electric Miles, and the bulldozing power of all that is Brotzmann, that Prestige and Blue Note stuff doesn’t really provide the same kick anymore. I’ve always had a bunch of jazz in my life, but this year I went deeper than I’ve ever gone into the late ‘50s/early to mid ‘60s stuff and what can I say, for a solid twenty years I was kind of a dick about Kind Of Blue and the like. Sorry. I have since come to my senses. I listened to so much Dexter Gordon and Lee Morgan and Grachan Moncur III and Sonny Rollins and Booker Little and Sam Rivers this year that at least one album from each could have easily made my top ten this year. I’ve never had a musical phase wrap back around and resonate so deeply, so profoundly, and it kind of freaked me out in a good way. There’s so much good stuff packed into a ten year period, I’ll probably be writing this exact paragraph at the end of next year, as well.

Other great stuff that could have made this list had it been a different day.

Andrew Lampela: My Top Tunes of ’12