SEARCHING FOR AUGUSTA -THE FORGOTTEN ANGEL OF BASTOGNE- TRAILER from The 5 Stones Group on Vimeo.

History, being a narrative shaped largely in reverse by those in positions in power, has more than what one would consider a bit of a tendency to leave out important characters, especially if they are from any marginalized population. So it the case for Belgian black, female nurse, Augusta Chiwy. Chiwy was instrumental in the World War II’s siege of Bastogne, acting as a volunteer nurse during that confrontation, which was later considered a portion of the larger Battle of the Bulge, the last major German offensive attack on the Western front, which lasted December 1944 into January 1945. Chiwy worked alongside American doctor Dr. John Prior and fellow nurse Renée Lemaire (who was killed during a German air raid on December 24, 1944.)

Chiwy was the daughter of a Belgian veterinarian and his wife, a Congolese woman. Born in the Belgian Congo in 1921, she returned to Belgium to live there with her family when she was nine years old. When she was 19 (in the year 1940,) she left her family to study to become a nurse in Leuven, the capital of the province of Flemish Brabant in Belgium. She returned in December of 1944 to her family in Bastogne to celebrate Christmas, as the area was seemingly safe having been taken by Allied forces. However, German troops were beginning to surround Belgium for what would be known as the Battle of the Bulge. Chiwy worked alongside her physician uncle in the early days of the fight, but on December 21 she volunteered herself to be a part of the first aid station of 20th Armored Infantry Battalion, 10th Armored Division, commanded by Dr. John Prior.

She worked in the aid station located in the Rue Neufchateau and was known to regularly wear an army uniform so as to get out onto the battle field during active combat to tend to wounded soldiers. She survived the December 22, 1945 German air raid that would take the life of her fellow nurse, Renée Lemaire, and Chiwy would go on to treat spinal injuries at a hospital in Bastogne after the war. After the war ended, she spoke rarely of her experiences.

American historian Stephen Ambrose made a passing reference to Chiwy in his 1992 book Band of Brothers, which focuses on the parachute infantry company of the 101st Airborne Division int he European Theater during WWII. In Ambrose’s book, Chiwy is referred to as “Anna.” It was ultimately British historian Martin King who tracked down Chiwy and brought her to international fame for her acts of valor during the Battle of the Bulge. Chiwy passed away in 2015.

On Thursday, February 1, WOUB-HD will air Searching for Augusta: the Forgotten Angel of Bastogne at 9 p.m. The documentary was assembled by award winning documentary filmmaker Mike Edwards and the previously mentioned historian who brought Augusta to public attention, Martin King. 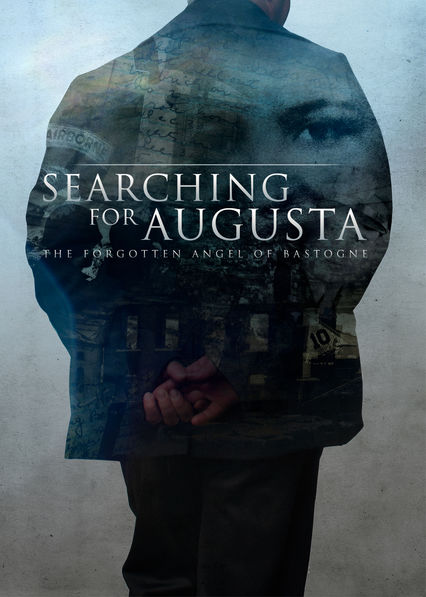