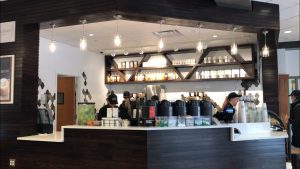 ATHENS, Ohio — Local coffee shops do not seem to be concerned that a new Starbucks is heading to West Union Street.

The new Starbucks, steps away from College Green, is going to face some fierce competition. Court Street Coffee, Brenen’s and Donkey Coffee are just some of the businesses operating nearby. Those businesses say their unique venues should protect their customer base.

Still, Natalie Hunter, manager of Court Street Coffee, said the new competitor should do what all competition does, improve the experience for their customers.

“I think in the long run, it’s going to make us work a little bit harder to attract new customers,” she said.”I think we’ll be able to maintain the level of customer satisfaction … and that it hopefully won’t do any damage to our sales.”

“Donkey will continue to focus on its mission as a local business to promote fairly traded coffee,” he said. “We are ready for Starbucks and think that its presence will only solidify the community’s support of Donkey and other local coffee shops.”

Lauren Marcovich, manager of Brenen’s Coffee, said the new Starbucks says something about the local economy.

“It shows that people are giving more interest into our city, it’s growing,” she said. “I do think that our locals remain loyal to our local businesses and I think that’s what makes Athens, Athens.”

Some are reacting to the new business on social media. Most favor supporting local business instead of welcoming a coffee empire to the city.

Starbucks currently operates in Kroger on East State and Baker Center’s Front Room. The new business, between The Union Bar & Grill and the Ohio University Credit Union at 16 W. Union St., will be the only standalone Starbucks business in the county. 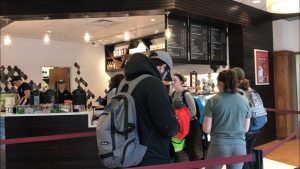