The All-State Sophomore was used all over the field, in the backfield, in the slot, out of the wildcat, and on kickoff returns, a matchup nightmare for defenses.

The 5’9” Sophomore finished with over 2,000 all-purpose yards and 26 touchdowns, leading the team in rushing and receiving yards. He was a major part of the Buckeyes’ historic run, but Wilburn knows he wasn’t alone. 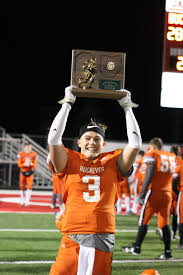 “Honestly, I owed the year back to our seniors and our head coach Rusty Richards,” he said.

“Without them it would’ve been absolutely nothing,” Wilburn said about the departing seniors. 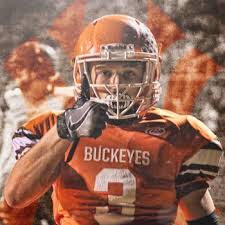 ely for Wilburn and head coach Rusty Richards, the seniors are graduating and the Buckeyes will have to adjust. One of those adjustments could be moving Wilburn to quarterback for his junior season.

“Who knows, might see a little bit of quarterback keep,” he said.

Quarterback is just one of the many question marks punctuating Nelsonville-York’s off season. The Buckeyes are losing major contributors at nearly every position.

The Buckeyes are losing their entire starting secondary, and big pieces from the offensive line and the defensive front seven. But Richards has shown a knack in replacing elite players before, after Nelsonville-York went 9-3 and won the TVC-Ohio in 2016, Richards found replacements for All-State performers Alex Mount (RB) and Hunter Edwards (QB).

It won’t be an easy task to win a third straight TVC title and return to the playoffs, but Nelsonville-York fans will be watching to see if Rusty Richards, and Keegan Wilburn are up to the challenge.