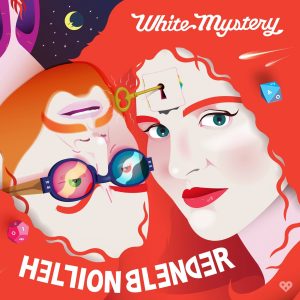 White Mystery is very punk rock. This is in terms of their sound, their strict adherence to relentless touring, their ability to release a brand new album every 365 days on April 20, their appearance, and their impressive performance resume – having played with the likes of Shonen Knife and the Stooges — and the fact that they are simply a duo, Miss Alex White and her brother, Francis Scott Key White.

The Chicago-based siblings have been performing at The Union in Athens for a number of years, as one of their many tour stops, and this year they return to the Nelsonville Music Festival. I spoke with Miss Alex White about the band’s latest release, “Hellion Blender,” growing up in Chicago, and returning to Southeast Ohio for the group’s Thursday, May 31 festival appearance.