Shaun Evans returns for a fifth season of the popular series as the young Endeavour Morse, before his signature red Jaguar but with his deductive powers already running in high gear. Roger Allam also returns as Endeavour’s mentor, DI Fred Thursday, for more crime-solving in 1960s Oxford.

Part One: “Muse”
Sunday, June 24, 2018 at 9-10:30pm ET
Past and present collide in Oxford, as the auction of a priceless Faberge Egg gets underway at Lonsdale College. It soon attracts the attention of an infamous international thief – and the police – when a failed burglary attempt is reported. However, they soon have a bigger case to solve, as a series of gruesome deaths have Morse and Thursday searching for a serial killer. Meanwhile, newly-promoted Endeavour struggles with his role as he’s forced to mentor young detective constable George Fancy.

Part Two: “Cartouche”
Sunday, July 1, 2018 at 9-10:30pm ET
Hollywood glamour comes to Oxford as the stars of a horror movie begin filming in the city. Meanwhile, the unexplained poisoning of a former detective sergeant leads Endeavour and Thursday to a local cinema, which is playing host to the film’s stars in a special event. While Thursday fears a link to growing unrest in Oxford’s underworld, the case takes a turn when the cinema’s organist is also dramatically poisoned. The film’s star is convinced a mysterious Egyptian curse is to blame, and Endeavour and Thursday find themselves uncovering long-kept secrets and a revenge plot determined to expose the truth behind a hero’s past.

Part Three: “Passenger”
Sunday, July 8, 2018 at 9-10:30pm ET
Endeavour investigates the disappearance of a local woman – with initial fears linking it to the unsolved murder of a teenager, killed several years earlier. Meanwhile, Thursday is absorbed in the investigation of a lorry hijack – which he suspects is linked to local gangster Eddie Nero. The murder investigation takes a surprising turn when
a woman’s body is discovered, but Endeavour notices anomalies at the murder scene which point away from the cold case theory. An invitation to Joan’s new flat reminds Endeavour of the past, but could it also offer a chance for the future? 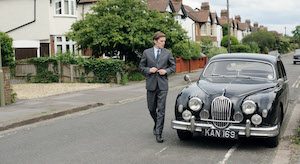 Part Four: “Colours”
Sunday, July 15, 2018 at 9-10:30pm ET
A photoshoot on an army base turns sinister when one of the models is found dead. But the investigation is complicated when Sam Thursday is revealed to be involved. With Thursday side-lined by protocol, Endeavour and Strange take the lead on the investigation – the first time without their mentor. Tensions rise, and the pair clash as their differing opinions push their friendship to breaking point. When another body is discovered on the base, Endeavour uncovers family secrets, political affiliations and thwarted love affairs to find the truth.

Part Five: “Quartet”
Sunday, July 22, 2018 at 9-10:30pm ET
An assassination attempt at an international sporting event opens a new case for Endeavour and Thursday, but their investigation is quickly brought to an unexpected end. While Thursday wants to step away, Endeavour is determined to find out more. He soon finds himself embroiled in the dark dealings of espionage, big business and a long-held secret that goes to the very heart of the Oxford community. While Endeavour chases down the real story behind the assassination, Thursday works closer to home, attempting to protect a battered wife from her violent husband. When tragedy strikes, Thursday has to make a tough moral decision about how to administer justice.

Part Six: “Requiem”
Sunday, July 29, 2018 at 9-10:30pm ET
After the mysterious disappearance of a teacher, Endeavour finds himself undercover, investigating the dark world of a public school. When a body is unexpectedly discovered, Endeavour has to question who he can trust – and uncover the truth about the crimes before more people are hurt. Thursday is determined to solve the ongoing unsolved murders linked to Eddie Nero, and charges Fancy with tracking down the elusive Cromwell Ames. Meanwhile, Thursday’s life is turned upside down by the return of his brother, and Endeavour looks towards the future with the possibility of a new relationship.

About MASTERPIECE
The top-rated primetime show on PBS, MASTERPIECE celebrated its 45th anniversary in 2016. MASTERPIECE is presented on PBS by WGBH Boston. Funding for MASTERPIECE on PBS is provided by Viking and Farmers Insurance® with additional support from public television viewers and contributors to The MASTERPIECE Trust. MASTERPIECE is known for presenting iconic shows such as Upstairs Downstairs, Prime Suspect, The Forsyte Saga, Poldark, Sherlock, Downton Abbey, and Victoria.