Rick Steves believes there’s more to travel than good food and fun in the sun. Travelers who “travel as a political act” can have the time of their lives and come home smarter, with a better understanding of today’s world. 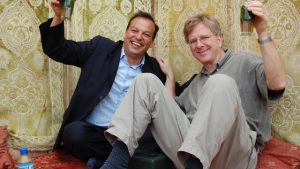 In his inspirational lecture, Rick explains how, when we venture thoughtfully out of our comfort zone, we gain an empathy for the other 96 percent of humanity and come home with the greatest of all souvenirs: a broader perspective.

In RICK STEVES’ TRAVEL AS A POLITICAL ACT, Rick shares his belief on the importance of traveling outside the United States in order to experience other cultures, broaden one’s perspective and gain empathy toward people who may live and think differently. 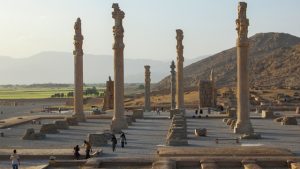 During his presentation, Rick discusses some of the differences between Europe and the United States, and delves into how his travels – from Europe to the Middle East to Latin America – have helped shape his worldviews on drug policy reform, the role of government, national security and America’s place in the world.

Rick also touches upon the history of fascism in Europe, and the lessons from that era that are critical today.

Rick Steves’ Travel As A Political Act | Tonight at 9:30