ATHENS — An Ohio University professor found to have sexually harassed a female student employee also altered evaluations related to the federally funded program he ran, according to official documents.

Dr. Yusuf Kalyango was named in an investigation from OU’s Office of Equity and Civil Rights Compliance that found claims of sexual harassment based on her gender, quid pro quo harassment, and hostile work environment.

Investigators discovered that evaluations of Kalyango and other staff members of the Young African Leaders Institute (YALI) Connect Camp had been altered after receiving copies of the evaluations from both Kalyango and the woman who accused him of wrongdoing.

The evaluations were provided as part of the investigation because the woman who made the accusations against Kalyango was in charge of collecting the evaluations from students of YALI.

“The parties substantially differ on the veracity and accuracy of the Final Program Evaluations,” the report stated.

It took Kalyango more than six months and several reminders by investigators to provide the evaluations. He said in order to get copies of the evaluations, he had to request them from the State Department. Later on in the investigation, Kalyango contradicted this statement, saying the documents were filed in offices at the Sing Tao Center, according to the ECRC report.

When interviewed about the evaluations on Aug. 2, 2017, Kalyango claimed the woman had made errors in her copy of the evaluations, “including missing things, changing things and distorting the data to make Witness M and (Kalyango) look bad, and make (the woman) look better.”

The woman denied making errors or distorting the data, according to the ECRC documents, saying, in fact, Kalyango’s version of the evaluations were the distorted ones. The investigator confirmed the discrepancies.

“These inconsistencies support an inference that (Kalyango) altered the evaluation forms that were provided to ECRC,” the report stated.

In photocopies of the original evaluations, obtained by WOUB, several instances show Kalyango’s versions making him look more favorable than was originally written.

One evaluation asked the participant to “rate the responsiveness of the camp staff to your personal and professional needs or interests.” The handwritten response was “very good, they would always respond to every little thing.”

In the version Kalyango submitted to investigators, the response was changed to “Very good, they would response [sic] to every little thing. Yusuf was kind and smart. Judy (another member of the YALI team) is a special woman who has our hearts, she taught me a lot.”

In another example, the evaluation provided by Kalyango removes the name of the woman who accused him of sexual harassment. In the handwritten original, the participant wrote “(The woman) and Prof. (Kalyango) stayed in touch. Kept us well informed and additionally were very responsive.”

In Kalyango’s version, the evaluation read “Prof. Yusuf stayed in touch. Kept us well informed and additionally were very responsive.”

Another participant was asked to comment on the woman, and in the handwritten evaluation said “(the woman was) very useful, (the woman) is an amazing girl with a big heart. Always willing to help or solve any issue.” 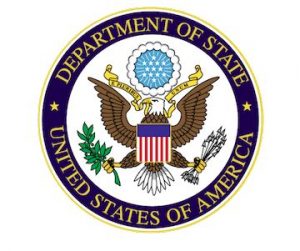 In the evaluation provided by Kalyango, the evaluation states “(the woman) is an amazing girl. But we want her to talk to use [sic] like professionals. She doesn’t respond to all the needs of some of the fellows.”

The ECRC report found “the only direct evidence of such falsification are the photocopies of the evaluation forms from YALI Camp 14 produced by Respondent (Kalyango).”

The YALI program is funded by the United States Department of State using taxpayer dollars. In an overview of the responsibilities of those awarded grants, it lists “false statements,” “false claims” and “false test results or other data” as examples of violations of grant fraud statutes.

An official with the the State Department, could not speak to the specific details of the allegations against Kalyango, but said “the Bureau of Educational and Cultural Affairs is committed to being good stewards of tax payer money and we take allegations of impropriety seriously.”

When asked for any comment about the evaluations found in the ECRC report to be altered, Kalyango’s lawyer, John Marshall, said they had no comment.

An Ohio University spokesperson said Kalyango has been “reassigned” to a position that does not include oversight of students. A previous statement from the university said his Fall classes had been restaffed before the semester began.

Another Side-Effect of Ebola: Headaches For An Ohio University Professor