PBS host Vivian Howard will close out five seasons of “A Chef’s Life” with a harvest special to air at 9 p.m. Oct. 22 on PBS stations across the country. 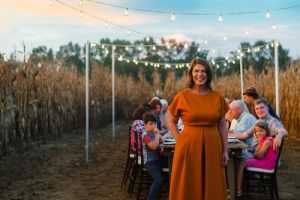 This special episode of “A Chef’s Life” will serve as the series’ finale in which Howard hosts a harvest dinner of epic proportions. After five seasons, only a handful of dishes remain on Vivian’s bucket list. In this final chapter, she tackles them all: Vivian and Ms. Lillie clean out Warren Brothers’ pepper patch to make this late summer relish some call chow chow and others call “Southern kimchi.” Vivian’s search for a couple of quintessential North Carolina ingredients take her to opposite ends of the state. She finds pawpaws — a tropical-tasting fruit — in a backyard orchard near Goldsboro, N.C. Howard revisits memorable clips from past seasons and shares never-before-seen footage as the show’s most beloved personalities gather for this celebration.

The series finale is produced by Markay Media in association with the Carolinas’ two statewide public broadcasters, South Carolina ETV and UNC-TV, with support from the ETV Endowment of South Carolina. 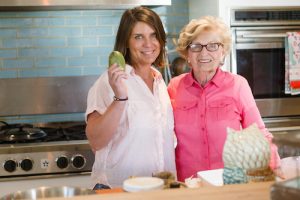 “A Chef’s Life” began airing on PBS stations nationally in 2013. The show won a Peabody Award for the first season. In 2015, Cynthia Hill, the show’s director and founder of Durham, N.C.-based Markay Media, took home an Emmy for Best Directing in a Lifestyle/Travel/Culinary Program. The following year, Howard was awarded a James Beard medal for Best Host or Personality. In 2018, the show received a Daytime Emmy for Outstanding Culinary Program.

“‘A Chef’s Life’ has been more than just a TV show for a lot of people,” said Howard. “I’m happy we have the harvest special as the celebratory capstone that the series deserves.”

To celebrate the series finale, PBS Digital is offering free streaming of all “A Chef’s Life” episodes from the previous five seasons starting Sept. 1 until Nov. 30. 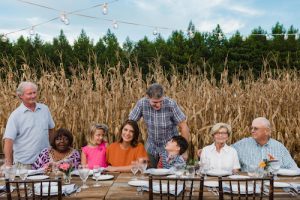 Howard and Hill are working on a new series for PBS to air in 2019. The new series will feature six one-hour episodes focusing on cross-cultural dishes that have found a home in the American South. No air date has been chosen yet. No series name has been finalized. “The new series will be an evolution of the show our fans love,” Howard added. “It’s humbling to hear how much ‘A Chef’s Life’ has touched people. We don’t take that support and investment in our work lightly. We’ll do our best to make sure our new show projects the same spirit as our last.”