“Victoria” Returns for Season 3 on MASTERPIECE

Crowning the new season is the return of “Victoria” on MASTERPIECE (Sundays, January 13-March 3), which finds the Queen facing a crisis that threatens to end her reign. Jenna Colman stars as the young but fearless monarch who stands between order and chaos as revolution breaks out across Europe. PBS will provide more regal entertainment with VICTORIA AND ALBERT: THE WEDDING (Sundays, January 13, 20), a glorious re-imagining of one of the most famous weddings of all time with English historian Lucy Worsley. And the two-part MARGARET: THE REBEL PRINCESS (Sundays, February 10,17) profiles the woman whose own life and loves reflected the social and sexual upheavals of the 20th century.

RECONSTRUCTION: AMERICA AFTER THE CIVIL WAR (Tuesdays, April 9,16), executive produced and hosted by Henry Louis Gates, Jr., explores the transformative years when the nation struggled to rebuild itself in the face of profound loss, massive destruction and revolutionary social change.

Sundays on PBS continue to be the destination for great dramas. In addition to the return of “Victoria,” MASTERPIECE offers “Mrs. Wilson”(March 31, April 7), a powerful drama starring Golden Globe winner Ruth Wilson (The Affair, Luther, Jane Eyre) and

based on her own grandmother’s memoir. And CALL THE MIDWIFE returns for Season 8 on March 31.

This new Winter-Spring season brings a wide range of music programs, from new AMERICAN MASTERS portraits of Sammy Davis, Jr. (Tuesday, February 19), Charley Pride (Friday, February 22) and Holly Near (Friday,March 1);INDEPENDENT LENS “RUMBLE: The Indians Who Rocked the World (Monday, January 21), an electrifying look at the Native American influence in popular music; EMILIO & GLORIA ESTEFAN: THE LIBRARY OF CONGRESS GERSHWIN PRIZE FOR POPULAR SONG(Friday, May 3); and new specials from LIVE FROM LINCOLN CENTER including a second season of “Stars in Concert” featuring Tony-award nominee Megan Hilty and Tony-award winners Annaleigh Ashford and Cynthia Erivo, as well as GREAT PERFORMANCES and GREAT PERFORMANCES AT THE MET.

Additional highlights include THE DICTATOR’S PLAYBOOK, which examines the rise and fall of six 20th century dictators, as well as new specials from NATURE including “Equus,” which explores the extraordinary relationship between humans and horses (Wednesdays, January 16, 23), and “American Spring: LIVE on PBS (w.t.),” a three-night live program that reveals the amazing burst of activity that the new season brings (Monday, April 29-Wednesday, May 1).

“I’m pleased to join PBS during this exciting time as we work to bring our audiences the best variety of programs on television this winter and spring season,” said Perry Simon, PBS’ new Chief Programm 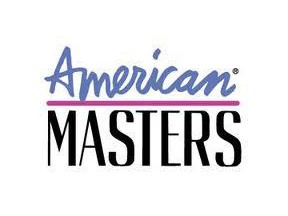 PBS will present its Winter/Spring programming slate at the Television Critics Association Press Tour on Friday, February 1 and Saturday, February 2 and will include appearances by Golden Globe-winner Ruth Wilson for MASTERPIECE “Mrs. Wilson,” along with Emilio and Gloria Estefan, recipients of The Library of Congress Gershwin Prize for Popular Song, legendary performer Charley Pride for his AMERICAN MASTERS special, a “Stars in Concert” performance by Tony-nominee Megan Hilty for LIVE FROM LINCOLN CENTER, and more.

Most programs will stream for free following each broadcast and be available all station-branded PBS platforms, including PBS.org and PBS apps for iOS, Android, Roku, Apple TV, Amazon Fire TV and Chromecast. PBS station members can also view content via Passport (contact WOUB for details).