UPDATE (11 p.m.): Michael Allen Russell was taken into custody tonight in The Plains. Russell was being sought in connection with the shooting death of Charles Duncan, Sr., on West Washington Street on Sunday.

He will appear in court Wednesday on charges of involuntary manslaughter and robbery, according to Athens Police.

ATHENS, Ohio — Authorities have identified both a wanted suspect and the victim in Sunday’s deadly shooting on the west side of Athens. 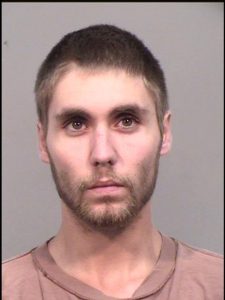 Michael Allen Russell, 18, of Pleasanton Road, Athens, is wanted on charges of involuntary manslaughter and robbery.

Charles Duncan, Sr., 55, who lived at the Washington Street residence where the shooting took place was identified as the victim by police.

Anyone with information regarding Russell’s whereabouts is asked to call APD immediately at 740-592-3313.