Rough Translation, NPR’s award-winning international podcast, returns April 17 with a third season about people challenging what’s ‘normal,’ wherever they are.

Nothing tells us more about the rules we follow than the stories of people who break them. Rough Translation, NPR’s award-winning international podcast, returns with a third season about people challenging what’s ‘normal,’ wherever they are. 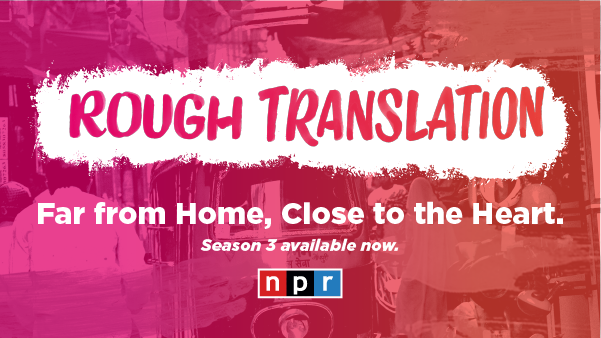 With the help of NPR’s international correspondents, host Gregory Warner introduces us to Millennial DIYers re-making Iraq, French McDonalds workers going rogue, American evangelicals embracing environmentalism, and other unlikely rebels who teach us something about the world — and about ourselves.

“Cultural norms come into sharper relief when you meet the people challenging them,” said Warner. “This season of the podcast looks at people who ask, ‘why was I taught to follow these rules?’ and who then try to do something about it.”

The third season of Rough Translation will feature nearly twice as many stories as previous seasons. Find episodes every two weeks on NPR One, Apple Podcasts and wherever podcasts are available.

When Rough Translation first launched in 2017, it was one of Podtrac’s Top 10 New Podcasts based on downloads. The podcast has received praise in USA Today, The Atlantic, Afar, and the Los Angeles Review of Books, among others. The show’s reporting on sexual violence in Eastern Congo received the Lowell Thomas Award from the Overseas Press Club and a Scripps Howard Award.