“Amelia Earhart” on AMERICAN EXPERIENCE | Tuesday, May 7 at 9

Amelia Earhart To Have Encore Broadcast Tuesday, May 7, 2019 on WOUB

Amelia Earhart, written, directed and produced by Nancy Porter, will have an encore broadcast on AMERICAN EXPERIENCE on Tuesday, May 7, 2019, 9:00-10:00 p.m. on PBS. The first in a special “Women in History” four-week series, Amelia Earhart will be followed by encore broadcasts of Annie Oakley (May 14), Emma Goldman (May 21) and Rachel Carson (May 28). 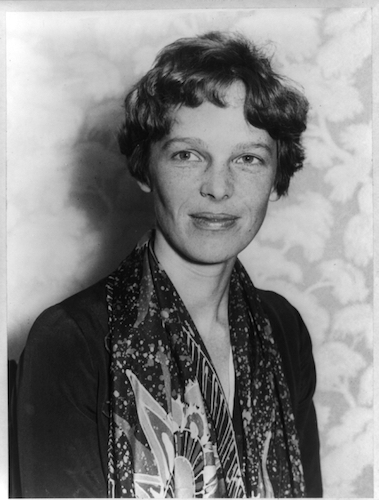 The first woman to fly solo across the Atlantic, Amelia Earhart was one of America’s earliest celebrities. After only a few years as a pilot she became the best-known female flier in America, not only for her daring and determination, but also for her striking looks and outspoken personality. Earhart even had an uncanny resemblance to Charles Lindbergh — the most famous man in America at the time — that publicists seized upon, nicknaming her “Lady Lindy.” Three weeks short of her 40th birthday, Earhart disappeared over the Pacific Ocean, and her story became legend.

Raised to be a proper Victorian woman, Earhart decided early on that role did not suit her. She collected newspaper articles and pictures of women who were successful in male-dominated fields such as film, law, management, and engineering. Unsure of her own direction, Earhart moved between various schools and jobs. At 23, she discovered her passion when she paid $5 for her first ride in a biplane. “As soon as we left the ground,” she later wrote, “I knew I myself had to fly. ‘I think I’d like to fly,’ I told the family casually that evening, knowing full well I’d die if I didn’t.”

To raise money for her own plane — a yellow Kinner Airster biplane she named The Canary — Earhart worked as a truck driver, photographer, and stenographer. In 1921, she passed her pilot’s test from the National Aeronautic Association and received her license two years later from the Fédération Aéronautique Internationale, all while flying in races and setting an unofficial altitude record for female pilots.

In 1928, Earhart gained international fame after she became the first female passenger to fly across the Atlantic on the Friendship with pilot Wilmer Stultz and co-pilot Louis Gordon. After writing a bestselling book about the experience Earhart’s celebrity exploded. With publicist George Palmer Putnam — who would become her husband — she planned a nationwide book tour and endorsed dozens of products but did not feel deserving of the acclaim. “I was just baggage, like a sack of potatoes,” she claimed about her famous trip. Only in 1932, after she flew across the Atlantic Ocean solo, did Earhart feel she had earned her lavish praise.

The second person in the world to accomplish this after Lindbergh, Amelia Earhart did not slow down. Through the 1930s she broke more flying records, wrote another book, promoted commercial airlines, and worked as a lecturer, career advisor to female college students, and Aviation Editor at Cosmopolitan Magazine.

In 1937, Earhart decided to go for the one record in aviation that no one — man or woman — had ever attempted before: to fly around the world at the equator. An extremely dangerous and unprecedented flight, it required months of preparation and a lot of luck. In the end, Earhart had neither. Exhausted from a grueling schedule of promotions, speeches and interviews, she took off from Florida, making it all the way to New Guinea. After a few days rest, Amelia continued on, losing radio contact while trying to locate and land on tiny Howland Island in the middle of the Pacific. On July 2, 1937, nearly 22,000 miles into the around-the-world flight, Amelia Earhart and her navigator Fred Noonan disappeared without a trace.

Although her life ended tragically, Earhart’s groundbreaking contributions to flight and women’s struggle for equality made her an enduring American hero.