“Wrestle” Premieres on INDEPENDENT LENS Monday, May 20 at 10

Wrestle Premieres on Independent Lens Monday, May 20 on PBS and PBS.org

“Profiling four members of an underdog high-school wrestling team in Huntsville, Alabama, ‘Wrestle’ constructs an empathetic portrait of a mat that’s anything but level.”
– The New York Times 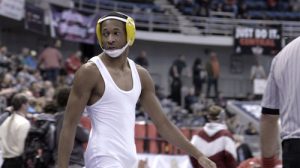 Go inside the lives of four members of the high school wrestling team at Huntsville’s J.O. Johnson High School, a longstanding entry on Alabama’s list of failing schools. Teammates Jailen, Jamario, Teague, and Jaquan face challenges far beyond a shot at the state championship: splintered families, drug use, teenage pregnancy, mental health struggles, and run-ins with the law threaten to derail their athletic success and lock doors that might open their future. Their tough-love coach Chris Scribner isn’t off the hook, either; he must come to terms with his own past while unwittingly wading into the complexities of race, class and privilege. Director Suzannah Herbert and co-director Lauren Belfer captured over 650 hours of footage during the team’s final season to create this closely observed, deeply affecting depiction of growing up disadvantaged in America. Wrestle premieres on Independent Lens Monday, May 20, 10:00-11:30 PM on PBS and will also be available simultaneously for online streaming at pbs.org. 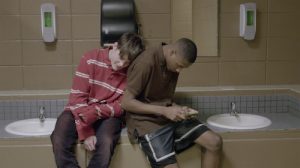 “It takes grit, real strength of character, and fortitude to overcome growing up disadvantaged in America — especially when the environment you live in seems to be betting on your failure,” said Lois Vossen, Independent Lens executive producer. “Filmmakers Suzannah Herbert and Lauren Belfer shine an unsentimental light on the story of young men and their ardent coach who turn to wrestling as one way to deal with the complexities of class and race in Alabama.” 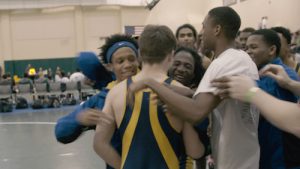 Suzannah Herbert (Director/Writer/Producer), originally from Memphis, Tennessee, is a documentary filmmaker. Her NYU Tisch senior thesis, Home Game, premiered at DOC NYC. Herbert was the associate producer on Free Angela & All Political Prisoners, directed by Shola Lynch, and has since worked as an assistant editor on Michael Moore’s Where to Invade Next and Fahrenheit 11/9, and Martin Scorsese’s upcoming documentary, Rolling Thunder Revue, about Bob Dylan’s pivotal 1975 tour. Herbert made her feature directorial debut with Wrestle, which won 11 awards on the 2018 festival circuit, and was distributed theatrically by Oscilloscope in 2019.

Lauren Belfer (Co-Director/Writer/Lead Producer) is a producer and filmmaker based in Brooklyn. Most recently she was the line and field producer on Martin Scorsese’s Rolling Thunder Revue: A Bob Dylan Story (Netflix 2019), and she has frequently collaborated with Michael Moore, having worked on Fahrenheit 11/9, Trumpland, and the Oscar-shortlisted Where to Invade Next. Belfer produced the narrative feature After Louie (BFI 2017), starring Alan Cumming, and the documentary Hotline (Hot Docs 2014). Belfer’s directorial debut, Wrestle, garnered 11 awards on the festival circuit, including two audience awards and the Maysles Brothers Award for Best Documentary Film. In 2019, Wrestle was released theatrically by Oscilloscope Laboratories.

Wrestle is presented by Oscilloscope Laboratories, Firefly Theater & Films, and Exhibit A.

About Independent Lens
Independent Lens is an Emmy® Award-winning weekly series airing on PBS Monday nights at 10:00 PM. The acclaimed series, with Lois Vossen as executive producer, features documentaries united by the creative freedom, artistic achievement, and unflinching visions of independent filmmakers. Presented by ITVS, the series is funded by the Corporation for Public Broadcasting, a private corporation funded by the American people, with additional funding from PBS, the John D. and Catherine T. MacArthur Foundation, Wyncote Foundation, and the National Endowment for the Arts. For more visit pbs.org/independentlens. Join the conversation: facebook.com/independentlens and on Twitter @IndependentLens.