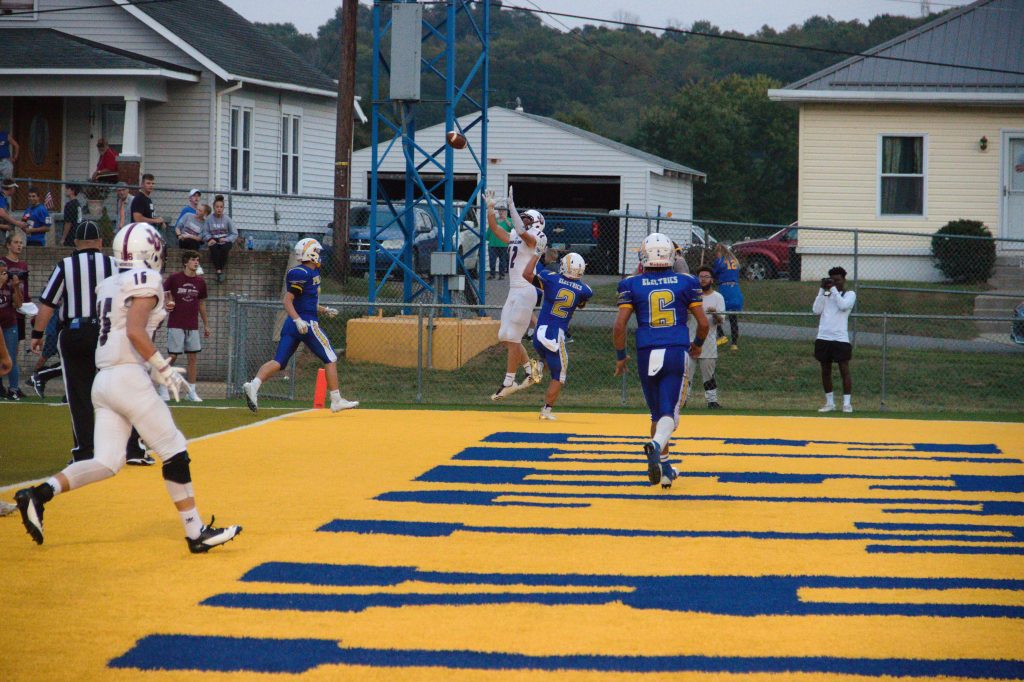 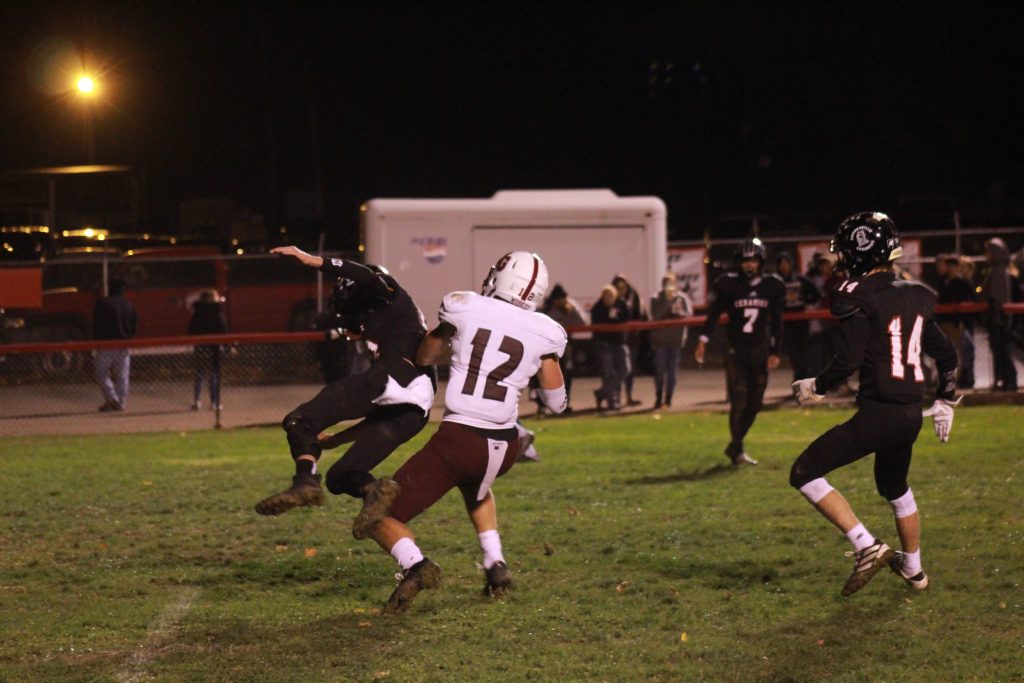 The John Glenn Little Muskies had a historic season in 2019, as they finished the regular season with a record of 8-2, and a 7-1 record in the MVL. With that, they won a share of the MVL title along with the Sheridan Generals. It would be John Glenn’s first MVL title since 1980.

With all the success the Muskies have had, Reece Perkins, star wide receiver and cornerback, is one player that the success can be attributed to. Although John Glenn is a run dominant team, when they decide to air it out and revert to the pass, they almost always find Perkins in the open field.

Perkins provides a serious height advantage over any defensive opponent he faces, in addition to his athletic ability and speed, it helps him do what he does best: get touchdowns. His offensive skill set was on display last weekend as the Muskies defeated St. Clairsville 23-6. Perkins contributed two touchdowns to the winning effort.

Perkins is just dominant on offense. It’s that simple. Here are some of the regular season stats he finished with:

In addition to his offensive repertoire, Perkins gets it done on the defensive side of the ball as well. As previously mentioned, Perkins’ size serves him well on offense, but also on defense. Defenders find it hard to get around him, which makes it easy for Perkins to secure the tackle. His height also helps in special teams situations, grabbing interceptions or fumbles.

Perkins is a considerable defensive force as well. Here are some of the regular season defensive stats he finished with:

By that impressive stat line, it is evident that wherever the opponent is on the field, Reece Perkins is there, no matter if it’s on offense or defense. Now, let’s take a look at some of the impressive season highlights for Perkins, and see why he should be the next Gridiron Glory Player of the Year.

In this highlight play against Philo in week three, Perkins shows a deadly combination of his height and jumping ability as he skies for the touchdown. The Muskies would come out victorious 21-17.

On this play, although not fully captured on camera, Perkins showed his ability to quickly get off the line of scrimmage, and his quarterback, Evan Williams, was able to put the ball in the perfect spot where only Perkins could get it.

This shows how Perkins is physically gifted, and he’s able to use those gifts to his advantage, especially on the edges of the end zone.

This big gain in the first playoff game against St. Clairsville shows Perkins’ ability to change direction. The play starts a little shy of the 50-yard line with a short pass from Williams to Perkins. With both offense and defense following the ball to the left side of the field, Perkins runs back to the right.

As Perkins starts gaining yards after the catch, he turns nothing into something. He’s able to evade multiple defenders for a solid gain on the play.

This play truly displays Perkins’ lateral quickness along with his football IQ. He was able to juke multiple defenders and slip through some tackles.

This touchdown against St. Clairsville truly epitomizes Perkins’ strength. Perkins was able to explode off the line on an easy slant route from about six yards away from the end zone.

As Evan Williams fire a bullet pass to Perkins, a defender is draped all over number 12 but it doesn’t matter. Perkins is able to catch the pass with ease as the defender spins off Perkins. This young man must hit the weight room daily, because his strength doesn’t seem to be a problem for him.

To add a little cherry on top, Perkins adds the stare down. The best way to cap off a 23-6 victory in a playoff game in New Concord.

Right on a Dime

If you want to know the definition of stopping on a dime, take a look at this Perkins highlight from week 10 at Crooksville.

Perkins puts on a full display of his ability to glide downfield, make an athletic catch, and in a matter of milliseconds, stop on a dime to make a defender miss and walk into the end zone. This display of offensive talent could arguably be one of the best plays of the 2019 season.

Perkins defies physics on this play because after the catch, theoretically, his motion would carry him and allow the Crooksville defender to make the easy tackle, but Perkins can defy the odds. He stops almost immediately, gives the defender a little push, and finds nothing but the end zone.

On this kickoff with seven minutes left in the second quarter against Crooksville, Perkins shows off his tackling ability. First off, the patience should be recognized. Perkins’ patience is important because if there was any level of anxiousness, a tackle wouldn’t have been made here.

Second, Perkins was able to stop a big Ceramic return from even happening. The returner for Crooksville tries to juke Perkins, or even run around him, but number 12 shows great, fundamental tackling. Perkins keeps his head up, wraps his arms around the returner, and prevents a huge play.

Little plays like that are what many people overlook and are what’s important to a team’s success.

The John Glenn Little Muskies had an impressive season, and one to remember. A large contributor to the success they’ve enjoyed is the play of Reece Perkins. In addition to the team’s success, Gridiron Glory Coach of the Year candidate Matt Edwards also did an impressive job rallying this squad together.

As Edwards, Perkins and the Muskies were able to get an important first round playoff win against St. Clairsville, they played the first-seeded Licking Valley Panthers tough in the Regional Semi-Finals, but were defeated 14-20.

Gridiron Glory’s Player of the Year race has officially kicked off, and we need your votes to decide who will take home the trophy! Voting is open now- https://bit.ly/2JWOpzM