Every year WOUB Culture spotlights what music-centric folks in the region have been listening to all year round right in time for the holidays in our annual Top Tunes feature.

Sneakthief is an acoustic pop punk oriented Athens-based band made up of Daniel Palmer and Joe Fradette. 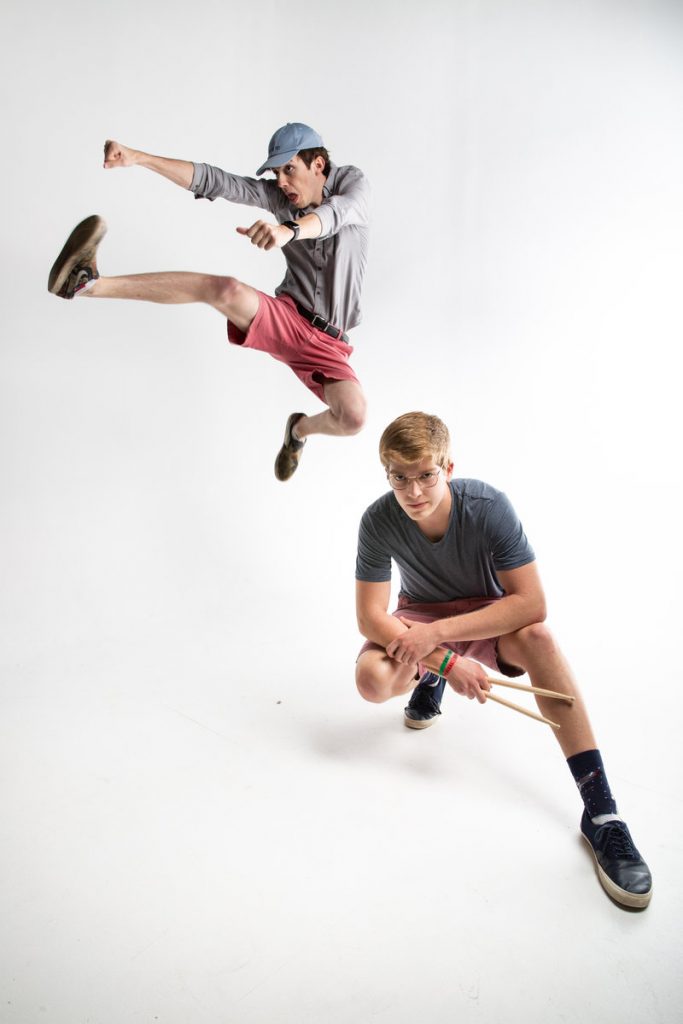 Daniel Palmer – After graduating last December, music hasn’t felt the same. Maybe it’s because I’ve stopped walking to classes, or maybe it’s because I’m constantly involved in music in some capacity so in my quiet moments, I like them to be… quiet. While I don’t have Spotify to tell me what my favorite songs of the year were, I do have songs that have gnawed their way through the silence to make me enjoy music again, even in my quiet moments.

You Don’t Mess Around With Jim – Jim Croce

This one’s a little strange. Super Mario Sunshine is a game released for Nintendo Gamecube in 2002. Taking place on and around Delfino Beach, Mario is stranded in paradise. Whenever life gets particularly stressful, you can often find me saying “I just want to go to Delfino Plaza”. I know, a little weird, but that’s exactly where the title track of the game takes me. I’ve read that video game music is great music to get things done to, and this is no exception.

After seeing Haley Blais open for The Greeting Committee (also a great band that deserves your attention), I was hooked. Her EP Let Yourself Go has a melancholic vibe while somehow being super danceable. If you’ve walked by my apartment and have seen me dancing alone through the window, I probably have Small Foreign Faction blasting.

Back on Top – The Front Bottoms

If you know me, you know that I had to include The Front Bottoms on this list. I’ve had a few people ask me why I love them so much, and I think it comes down to honesty and their ability to be themselves on tracks. Back on Top is a great rock album that delivers everything I want in a rock album. Heavy guitar riffs, up-beat and fun riffs, catchy choruses. I don’t have a whole lot to say other than listen to the whole thing, all the way through until you like it. If you don’t like it by the end of it, listen again. And again. And again. Eventually you’ll find it.

If This Tour Doesn’t Kill You, I Will & DVP by PUP

These two songs are Grade A shower beer material. (Am I allowed to say that in an article posted on WOUB? Oh well!) I haven’t found a song that hits in energy like these two songs do. Period. Love the intensity, the energy and to wrap it up nicely, the mix is incredible. I’ve never punched a whole in a wall, but if I had to, these two songs would be the ones I’d use to hype me up.

Here’s a list of songs/albums that I have even less to say about but were still super important to me this year.

Hands Down – The Greeting Comittee

Change – Electric Guitar (I might have sang on this one)

You Make My Dreams – Hall & Oates

Joe Fradette – 2019 has changed the way I look at music in an exciting way!

With the increase in exposure to indie music from playing shows, I have begun to appreciate local bands more. Some of my two favorite indie artists this year include Palette Knife and Pretty Pleased. They have a full, high energy sound to their music, with non-conventional time changes and signatures. Palette Knife had just released their second EP, Self Preservation, by the time we were able to play a show with them at the Midden in Columbus, OH. My favorite song on the EP was “Dance Song for Janiero.”

This track was my second top-played song of the entire year, according to Spotify. With a quick tempo, and comical lyrics, it always puts me in an good mood. Pretty Pleased also came out with an EP this year titled Sounds Good. I enjoy all of the songs on this EP with “Dodge Durango Unchained” and “Bit Off More Charleston Than I Can Chew” being my two favorite. I personally enjoy this high energy, full sound that both of these groups bring to the table. This year, they nailed it!

Wrap Up the Season with the Best Holiday Tunes