Kevin Ozebek worked in Turkey, Greece and Belgium reporting for outlets like TIME and Fox News

ATHENS, OH – When Kevin Ozebek was a senior in high school in 2003, he came to Ohio University looking for one thing – a path to his dream. The Cleveland native wanted to become a foreign correspondent. On that visit, Ozebek learned that the E.W. Scripps School of Journalism at Ohio University, along with the on-the-job training provided through WOUB Public Media, could get him there.

Ozebek, who is currently an investigative reporter at WSVN in Miami, Florida, started working in the newsroom at WOUB early in his college career. One news story Ozebek got to cover stands out in his memory – a manhunt for a suspect in Chillicothe. Ozebek covered the story live for WOUB radio and television and gained valuable experience with breaking news. Ozebek said the kind of real-world experience he got doing on-air radio and television news for WOUB was extremely valuable to launch his career, but that was not all he learned. Ozebek said in his time at WOUB he was trained to do every job in the newsroom. 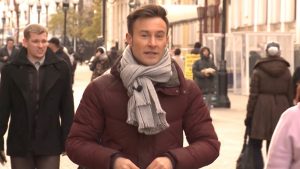 “You need to know every single job in the newsroom, and WOUB made me do that,” said Ozebek. “Being in the other person’s shoes makes you better in your job and a better colleague. I know how important the photographer’s job is. I know how important the producer’s job is. Every job is equally important, and it really helps to know the other jobs and know what those roles need from you.”

Ozebek graduated with a journalism degree in 2007 and got his first job at a television station in Knoxville, Tennessee. He later moved on to Fort Myers, Florida for two years and eventually to Miami. In south Florida, Ozebek found the perfect training ground in preparation for following his ultimate dream.

“In Miami, you get to cover international stories because they are local. There’s a huge Venezuelan community, so Venezuelan politics has an impact in Florida. Of course, Puerto Rican politics are local news in Florida as well as Cuban politics. It’s a really interesting news market, and it really prepped me for being a foreign reporter.” 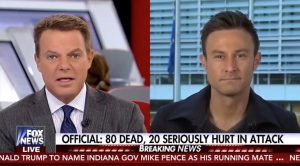 In 2012, Ozebek went on vacation in Beruit, Lebanon, and while he was there, a car bomb exploded during morning rush hour. Ozebek used the small video camera he brought to capture footage of his vacation and filed a report for the evening news back in Miami.

“With the lessons I learned at WOUB, I knew how to shoot and edit video. I was able to turn around a story, and it was the most exhilarating experience. I knew then that I had to follow my foreign correspondent dream.”

So, he did. In 2015, when his contract ended with WSVN, he left Florida and went to Istanbul, Turkey.

“I had no mortgage, no kids, and I knew it was now or never. I had saved for about three years, so I had a pot of money where I could go for an extended period of time without getting paid,” said Ozebek. “When I got to Turkey, I knew no one. I didn’t have many contacts on foreign desks. I would cold pitch everyone – Time Magazine, CBS News, Fox News – you name it.  This was all going on when Turkey was getting involved in the fight against ISIS. It turned out a contact I had made while covering the George Zimmerman trial in Florida knew someone who worked with Greta Van Sustren at Fox News, and he called me one day and said ‘Hey we need a live shot from Turkey. Can you do it?’”

Of course, Ozebek did it, and the rest is history. That leap of faith turned into four years abroad. Ozebek first worked as a freelance journalist in Istanbul and Athens, Greece. He then joined the Feature Story News team in Brussels, Belgium. While overseas, Ozebek reported for news organizations like TIME, FOX News, Canada’s CBC News and Ireland’s RTE News before returning to Miami in June of 2019.

“I now work with the investigative unit at WSVN,” said Ozebek. “The investigative reporter job is not about covering breaking news. It’s about helping people and fighting government corruption by trying to right a wrong so further action can be taken.”