UPDATE (March 11, 2020) The Yale Spizzwinks(?) planned March 20 show at The Church of the Good Shepherd has been canceled and will be rescheduled at a later date.

2017 Athens High School graduate and current Yale University student Derek DeMel will bring The Yale Spizzwinks(?) to Athens later this month. The Yale Spizzwinks(?) are America’s oldest underclassman a cappella group that places a strong emphasis on musical and cultural outreach throughout the U.S. and the rest of the globe. The group is also an entirely student run, self-funded 501(c)(3) nonprofit which funds its outreach through performing.

This trip to Athens will fulfill “The Spizzwinks Promise” for DeMel. The promise states: “Every Spizzwink will visit all six inhabited continents during his time in the group with travel and lodging funded through our yearly performance schedule. In addition, every Spizzwink will travel with the group to perform at least one concert in his hometown.” DeMel’s hometown concert will take place Friday, March 20 at the Church of the Good Shepherd (64 University Terrace, Athens) and tickets are $5 for students, $10 for adults, and $25 for priority tickets. You can purchase tickets at this link: spizzwinks/ticketbud.com, or at the door.

WOUB spoke to DeMel, as well as his fellow spizzwink (and the group’s business manager) John Paciga, in the feature embedded above. 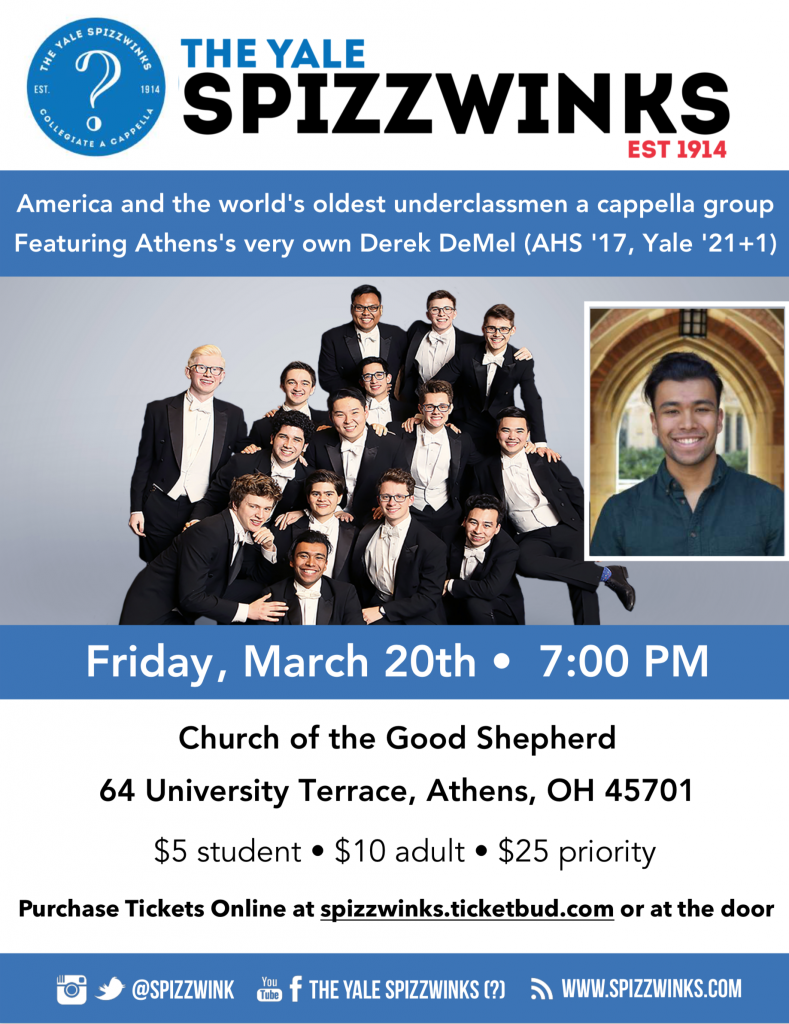 An In Studio Performance With Derek Demel