A state law raising the legal purchasing age of nicotine and other tobacco products in Ohio from 18 to 21 has left underage students and local businesses alike feeling the pinch.

The law, which was implemented on October 17, 2019, aimed to curb nicotine use and abuse in young adults, teenagers and children by making it illegal for anyone under age 21 to purchase nicotine and tobacco products. 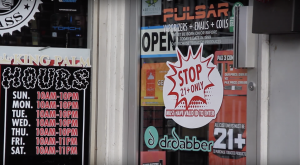 Isaiah Sparks, an Ohio University junior in the College of Business, turned 21 in March, 2019, several months before the law was passed and implemented. He said he started vaping during the fall semester of his junior year.

“I was always around it,” Sparks said. “Always just using other people’s vapes. I kind of just started from there.”

But Sparks said he questions whether the recent law is actually effective in preventing some fellow students, who are now considered underage by the state, from picking up the habit or continuing to purchase.

“I don’t think it helps anyone quit because a lot of the people that still do vape, that were underage when the law took effect, still continue to buy without any issues,” he said. 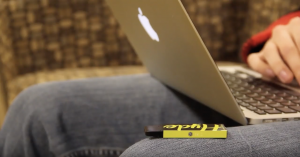 But that’s not necessarily the case at Union Street Market, according to manager Eric Heck. Heck said that they card everyone by scanning all customers’ IDs, regardless of how old a customer looks.

He also said the convenience store has been hurting since the law was enacted.

Part of this is because of its unique location, according to Heck. Union Street Market sits near the corner of Union Street and South Congress Street, so it’s only a few doors down from one of Ohio University’s largest dorms — Bromley Hall — that houses mostly underclassmen.

“There’s been a decrease of customers coming into the store now because they know that we do card,” Heck said. “A lot of them live in Bromley Hall, so they’re not 21, and that was a lot of our clientele.”

With fewer people able to purchase nicotine and other tobacco products, not as many are stopping in at all.

But Heck said he’s not sure that seeing fewer students in the door means the law is actually doing anything. Sparks agreed — he said he believes underage students may just be going elsewhere to buy products.

“People will just continue to use fake ID’s or have someone buy the vapes for them,” Sparks said.