Although gathering for live music will be impossible for a little while, WOUB Culture is trying to keep the groove alive by asking members of the regional music scene about the music they have been relying on to get through these strange times. 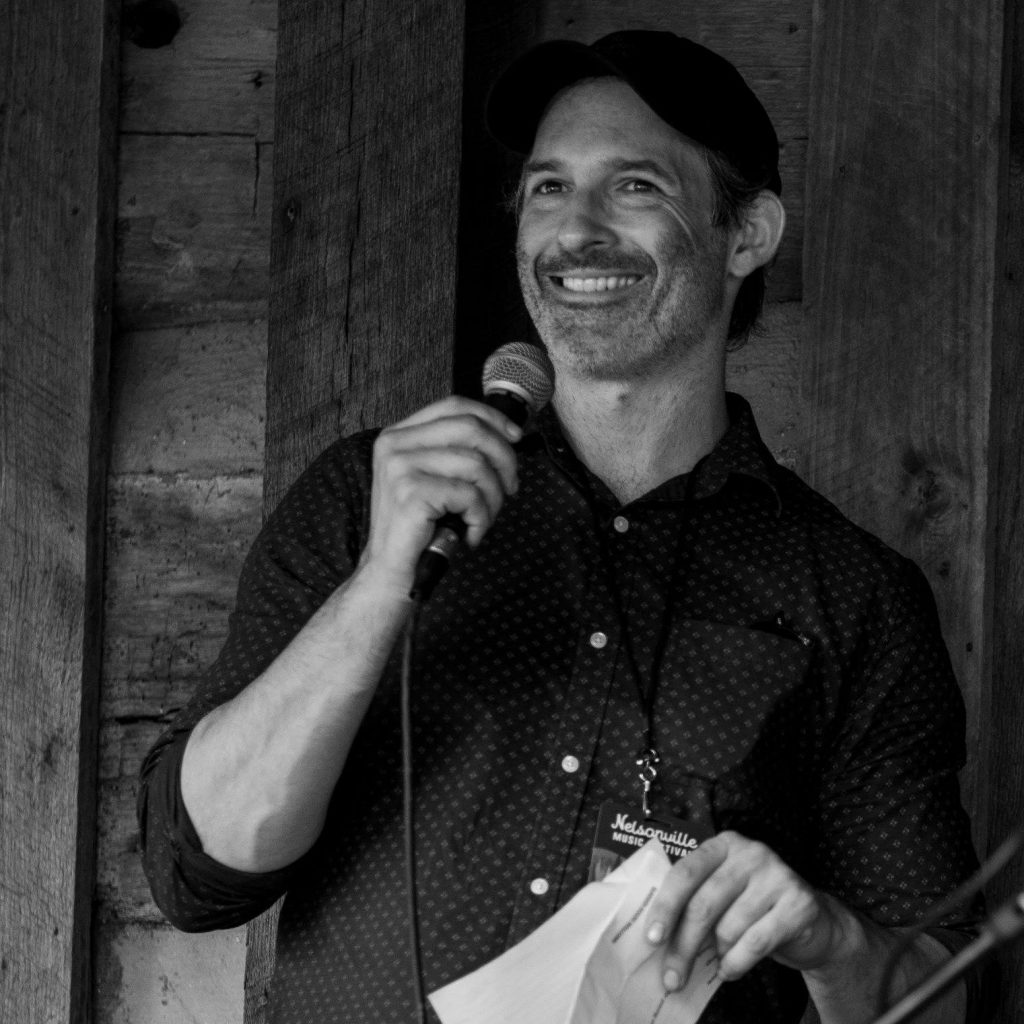 In the midst of this unprecedented crisis, it’s been a welcome relief to see an onslaught of so many exceptional (as well as unexpected) releases in 2020. The first 3 months have produced a trove of music to discover, with many fresh releases from established artists and a host of remarkable songs from new talent. Hope you find some music to enjoy in these days of quarantine.

Tame Impala – “Is It True”
The long-awaited follow up to “Currents” and a new step forward for Kevin Parker. The album can be a little hit or miss overall, but tracks like this are right in the sweet spot of Parker’s new quest for psychedelic pop perfection.

Jay Electronica (ft. Jay-Z) – “Ghost of Soulja Slim”
Jay Electronica waited nearly 10 years to gift this album to devoted fans, and then included a healthy dose of features from Jay-Z to boot. This track is lyrically dense and brimming with equal parts spiritual revelation and angst.

Waxahatchee – “Can’t Do Much”
“Saint Cloud” may very well prove to be Waxahatchee’s best album, and songs like this are the evidence. Poignant lyricism and songwriting that speak volumes to the heart.

Mac Miller – “Blue World”
The posthumous release from Mac Miller leaves a heartbreaking album of incredible songs and a testament to a talent gone far too soon. Stellar production and writing from start to finish.

Makaya McCraven/Gil Scott-Heron – “I’ll Take Care of You”
DJ/Producer Makaya McCraven released this album of remixes and re-interpretations of Gil Scott-Heron’s 2010 album “I’m New Here.” It would be Heron’s final record, but with McCraven’s production it yields a thrilling resurrection.

Caribou – “Home”
Caribou is one of my favorite producers, so I’ve been waiting on his newest release “Suddenly”. This is a standout track, drawing on old-school soul samples to create moments that are immediately memorable and thoroughly danceable.

U.S. Girls – “And Yet it Moves / Y Se Mueve”
2018’s “In a Poem Unlimited” was a beloved new discovery, so I was surprised to find out that we’d have a new album from U.S. Girls so soon after. This is a latin-inspired groove with Meghan Ramy’s girl group blueprint and angular production.

Car Seat Headrest – “Can’t Cool Me Down”
A more refined and new wave sound than previous releases, Car Seat Headrest has a new album on the horizon and this single shows that Will Toledo’s lyrical and songwriting prowess is still very much alive.

Childish Gambino – “Algorhythm”
Much to the surprise and delight of fans, Childish Gambino dropped this surprise album via his website mid-March.  The album has been on repeat and the combination of dark dystopia and propulsive dance makes this track one of my favorites.

Yves Tumor – “Dream Palette”
One of my newest discoveries this month (thanks Stereogum!). This terrifically chaotic track sounds like a marriage of Sylvan Esso and TV On The Radio.

Nina Simone – “I Sing Just to Know I’m Alive”
This leadoff track comes from a re-release of the 1982 album, showcasing Simone’s gargantuan talent and world music experiments, even in the midst of personal trauma.

Real Estate – “You”
A hazy and melodic track from a perennial favorite. Dream-like vocals and meandering guitars make this a standout from their newest album.

Run The Jewels – “Yankee and the Brave (ep. 4)”
COVID-19 knocked out their tour and pushed back their new album release. Thankfully, Killer Mike and El-P have been leaking a few singles, including this banger. It assaults without prejudice from its’ opening and never relents.

Iceage – “Lockdown Blues”
So excited to see Iceage is out with new music. I got turned on to them with 2018’s “Beyondless.” Of all the songs featured, this one is the most on-the-nose, reflecting on life under quarantine with raunchy guitar driven fury.

McCoy Tiner – “Vision”
Not a 2020 release, but rather a remembrance with Tiner passing away earlier this year. Best known for his work with John Coltrane, his solo work was equally astonishing, including this track off his 1969 album “Expansions.”

Lyra Pramuk – “New Moon”
Combining elements of folk and electronica, Lyra Pramuk’s debut album is lush and emotionally complex. This track demonstrates why she is stirring up critical acclaim.

Moses Sumney – “Conveyor”
Sumney’s newest will likely be regarded as his breakout moment. From masterful production through revealing songwriting, this is a monumental moment for the singer/songwriter.

Perfume Genius – “On The Floor”
I was captivated by Perfume Genius’ last album and this single is one of my favorite songs of the year. Instantly catchy with a dance shuffle that ruminates in ‘Low”-era David Bowie production.  Play this one loud and dance in your living room with the ones you love.

Half Waif – “Siren”
Half Waif’s new album “Caretaker” is a carefully constructed masterwork of electronic pop that veers between melancholy and celebration.

Frank Ocean – “Dear April”
Long-awaited new music from Frank Ocean is here for us in 2020, including this introspective and sparse track, co-produced with Daniel Aged and first shared at the end of last year.

Thundercat – “Funny Thing”
Groovy and delectable, this track is why I love Thundercat so much. A virtuso of bass, tongue-in-cheek lyrics, and clever arrangements.
RJD2 – “20 Grand Palace”
One of my favorite producers. This killer dance track comes laden with disco strings, driven slap bass, and a funky Chic-era feel.

Happyness – “Ouch (yup)”
Another fine release from these champions of alt-guitar pop, harkening back to 90’s-era melodic guitar anthems.

Bob Dylan – “Murder Most Foul”
In what may go down as one of the most unexpected musical moments so far, Bob Dylan returns with a near 17-minute diatribe on the Kennedy assassination. An outtake from the 2010s, it now serves as an eerily appropriate rumination for our modern moment.

Josh Antonuccio: My Top Albums of 2013