Chance Smith tragically took his own life at the age of 16 in 2012.

Smith had, to the outside observer, what would seem to be a pretty idyllic young American life: he was an enormously popular class clown at Western Brown High School, he had a steady girlfriend, and he was an accomplished athlete, having played baseball at Flash Baseball Complex in his hometown from the time he was only six years old.

However, Chance, the first major motion picture to be filmed in Brown County, OH, does not intend to tell Smith’s story from the outside in, rather, as producer and Smith’s real-life baseball couch Michael Daly explains, it intends to tell Smith’s story as it developed as observed from Smith’s own eyes.

Daly is the owner and operator of Flash Baseball Complex (he and his wife, Pamela, also live on the complex) and he has developed many significant relationships with the youngsters he often coaches throughout their childhood and into their young adulthood. Daly’s relationship with Smith, however, was particularly close, and when Smith took his own life, it marked a true personal tragedy for Daly.

Fast forward eight years, and with the help of his very film-centric family (Daly’s son, Seth, has experience in the film industry, and his wife, Pamela, is an accomplished actress) Daly has created a real work of passion: a major motion film with true star power (including Matthew Modine of Full Metal Jacket and Stranger Things; Tanner Buchanan of Designated Survivor and Cobra Kai, Amanda Leighton of This is Us and The Fosters and Blake Cooper of The Maze Runner and Measure of a Man) that delicately tells the story of one community’s tragedy that Daly hopes can provide hope and guidance for young people in circumstances similar to Chance’s.

WOUB Culture spoke to Michael Daly about the film, starting our conversation by touching on how a personal tragedy was transformed into an altruistic project that producers hope will touch thousands of lives. 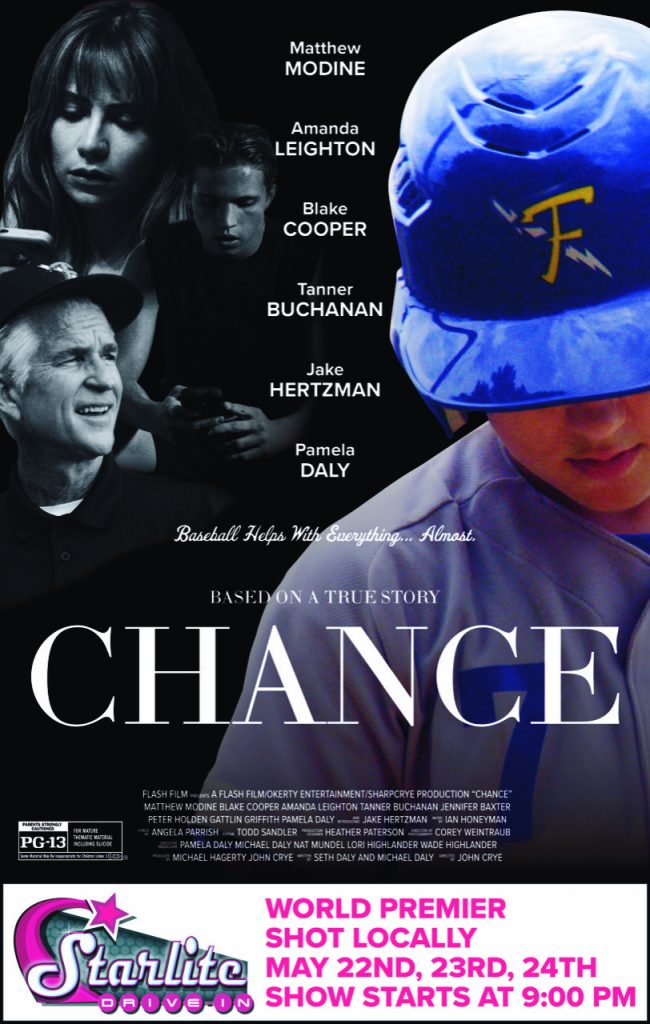