Fall Sports Season Benched For Ohio University And The MAC

The Mid-American Conference has become the first league competing at college football’s highest level to cancel its fall season because of COVID-19 concerns.

According to a press release from Ohio University, the MAC Council of Presidents, voted unanimously to not play in the fall and consider a spring season.

“The health and safety of our student athletes, coaches and athletics support staff remain Ohio University’s top priority in the midst of the global health crisis,” Ohio University President M. Duane Nellis said in the release. 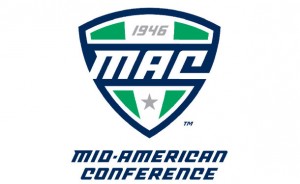 Most of those games were canceled when the Power Five went to exclusively or mostly conference schedules. Without them, the strain of trying to implement all that it would take to keep players and staff safe during a pandemic became too much.

“While we are disappointed for our student-athletes, coaches, support staff and fans, we understand that today’s decision was made with the best interest of all in mind,” Ohio University Director of Athletics Julie Cromer said.

Ohio University says it’s too soon to comment on whether the student-athletes will be allowed to stay on campus during the multi-phased reopening of the fall semester.

Sports Allowed This Fall But Without Most Spectators