ATHENS, OH – Bill Beagle ended up at Ohio University and WOUB on a whim. He followed a friend to Athens from upstate New York.

“My high school buddy went to the guidance office one day to talk about what he wanted to do after graduation and found out about this college in southeast Ohio with a radio station and a broadcast program,” said Beagle. “He told me about it and off we went.”

Beagle started at Ohio University in 1969, right before the Kent State shootings. It was a tumultuous time on campus. But he got involved in broadcasting right away, first on a radio station in his residence hall, then at WOUB.

“I did a lot of work on the radio at WOUB. I remember being sent out to Ross County on election night to cover results and phoning in reports,” said Beagle. “I felt I got a great education. The whole atmosphere they created at WOUB was professional. We weren’t there to have fun. They held you to standards. We got hands-on experience, and the responsibility they gave us and the accountability they held us to prepared us for the broadcast world and helped us find jobs.” 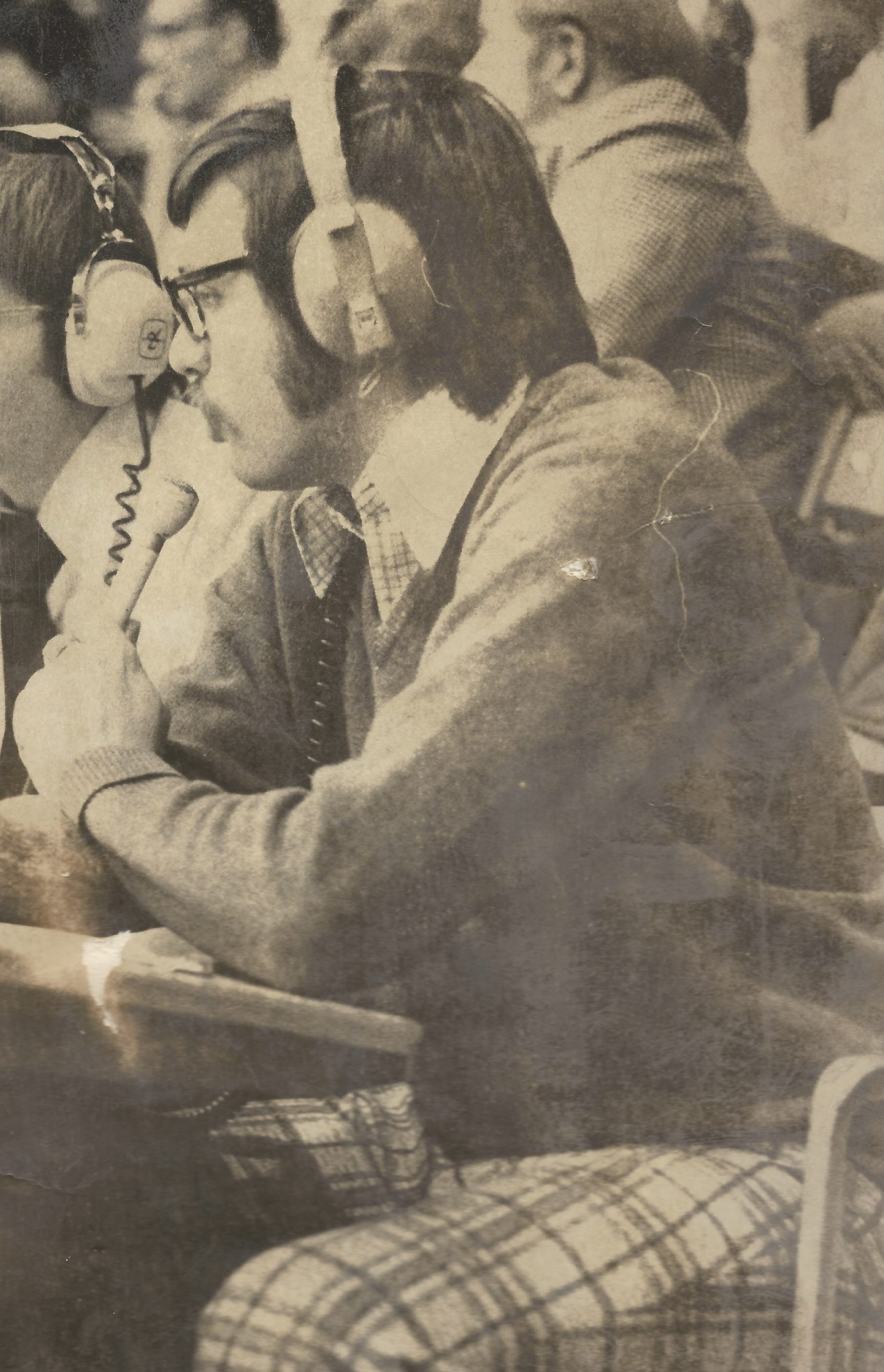 Beagle says one of his most memorable experiences at WOUB was working as a television live booth announcer. During his junior and senior year, he worked four- or five-hour shifts where he would read what was coming up on WOUB TV live on the air.

“I always worked in the afternoon when Sesame Street was on. I joked that because of that I learned my alphabet in college,” said Beagle. “I would live read promotions for the next show like ‘Coming up, Hodge Podge Lodge!’ and stuff like that. It was fun.”

The experience at WOUB did more than just help Beagle learn how to be a broadcaster.

“I was very shy coming out of high school, but WOUB and broadcasting brought me out of my shell,” said Beagle. “You can’t interview strangers and be shy about it. So, I had to learn how to interact with people in a new way.”

After graduating in 1973, Beagle was prepared to find a job, and he landed his first on-air broadcasting role quickly.

“I drove home to New York, picked up a few things and a week later began my broadcast career in radio at WCIT/WLSR in Lima, Ohio as a news and sports reporter,” said Beagle.

After a short time there, Beagle went on to work in television as a news, sports and features reporter in Illinois, Maine, New York, Pittsburgh and Wisconsin. While working in Green Bay, he got to cover the Packers, which is an experience he’ll never forget.

“It was the late 1970s when I worked there, and the team was not good at the time. Bart Starr was the head coach, and he didn’t like to be questioned by reporters,” said Beagle laughing. “But one of my favorite all-time memories from the Packers was the first time Monday Night Football came to Green Bay. It was a big deal, and I got to interview Howard Cosell, the Monday Night Football commentator. He was a great guy, and we had a wonderful conversation.”

Now retired and living in Colorado, Beagle says his time at WOUB helped shape his career, and he always carried the lessons he learned with him.

“Very few jobs have the kind of deadline pressure broadcasting does. WOUB prepared us for the reality of the industry,” said Beagle. “The biggest thing that I carried with me was the professional and responsible start. You knew what quality was. I got that from WOUB. There is also a bond with Bobcats that never goes away.”

WOUB Prepares Students for a Variety of Career Paths