COLUMBUS, Ohio (AP) – Incomplete reporting by counties of people with criminal backgrounds who are prohibited from owning guns is putting public safety at risk, according to a lawsuit filed Monday by the cities of Columbus and Dayton.

The complaint filed in state court in Columbus against Attorney General Dave Yost seeks to have a judge order the Ohio Bureau of Criminal Investigation to fix the problem created by this underreporting. Yost oversees the bureau. 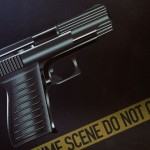 Many counties don’t provide the full number of criminal dispositions to the state, creating a situation that means thousands of people could have access to gun purchases who shouldn’t, the lawsuit said.

For example, more than half of Ohio’s 88 counties had “at least one court or law enforcement department that didn’t report records on time or in a few cases, at all,” Keith Faber, Ohio’s Republican state auditor, reported last year, according to the lawsuit.

A spokeswoman for Yost dismissed the lawsuit as containing “high drama, low substance, and no solutions,” and criticized the plaintiffs for not communicating with the attorney general’s office ahead of time.

“We are investing millions of dollars to improve this system, and have taken steps to root out any errors,” said Bethany McCorkle, Yost’s communication’s director. “BCI is working with the court system and law enforcement agencies to ensure information is more quickly and accurately fed into the background check system as required.”

Earlier this year, a new cross-check system championed by Yost turned up 42 people who held Ohio concealed-carry permits even though they are ineligible for such permits.

Ohioans for Gun Safety has said it plans a 2021 ballot issue that would require background checks on virtually all guns sales.