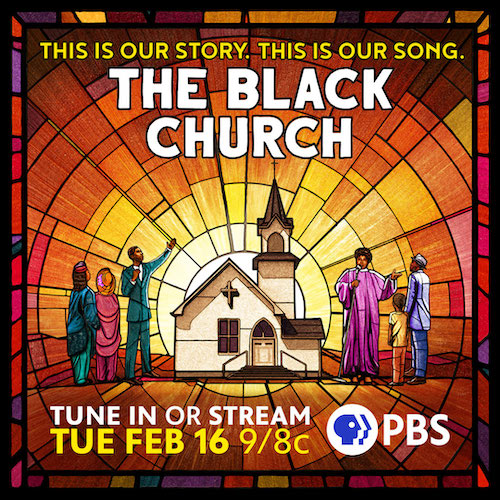 “The Black church, for me, was life growing up,” said Dr. Carolyn Lewis, Ph.D. “(The church) was life itself because everything you did revolved around it. If I didn’t go to church on Sunday, forget everything else for the rest of the week, except school and necessary school activities. If I was too sick or too tired to go to church, my mama said I was too sick or too tired to do anything else that week. It was like that for most of the neighborhood.”

Lewis is an ordained minister in the African Methodist Episcopal Church as well as the Director and General Manager Emerita for the WOUB Center for Public Media. While Lewis grew up in Bluefield, West Virginia, attending the John Stewart United Methodist Church, throughout her life she has been an active participant in churches of numerous denominations. She emphasized the importance of recognizing that every Black church, as well as the congregation it serves, is unique.

“You may go to one church and it’s completely quiet. You might say ‘amen!’ and everyone turns around and looks at you. Then you go to another church, and everybody’s coming down the aisle with tambourines,” said Lewis.

Lewis said the common thread she has observed in each Black church is a sense of exuberance and a celebration of the strength and resiliency of African American communities throughout history.

“When everything is said and done, riches, position of power, and fame won’t be enough,” said Lewis. “So the Christian faith in African American communities is the connector, the deep roots that hold everything together.”

“The Black church, for me, was life growing up. (The church) was life itself because everything you did revolved around it. If I didn’t go to church on Sunday, forget everything else for the rest of the week, except school and necessary school activities. If I was too sick or too tired to go to church, my mama said I was too sick or too tired to do anything else that week. It was like that for most of the neighborhood.” – Dr. Carolyn Lewis, Ph.D.

The Black church has also served as a lifelong source of support and community for Dr. Trevellya Ford-Ahmed, Ph.D., a professor emeritus of West Virginia State University and the media relations director for the Mount Zion Baptist Church Preservation Society. Mount Zion Baptist Church is a 115-year-old church that was built by formerly enslaved and freeborn Black Americans that served as a spiritual, social, and creative hub for a thriving community of African Americans in the Mid-Ohio Valley region for decades.

“(The church) was a place that allowed you to restore the spiritual side of yourself, which was certainly necessary when it came to the grit that you would inevitably face in your daily living growing up in West Virginia, where racial slurs were certainly a part of your everyday life,” Ford-Ahmed said.

Ford-Ahmed is a part of the generation that experienced the racial integration of U.S. public schools in the ‘50s. She transitioned from a black school to an all white school, where one of her teachers was so hostile that even though she was an excellent student, he would change or erase Ford-Ahmed’s responses on her tests so that she could never score higher than a B-.

“The dilemma was, well, who do you complain to? You just kind of had to swallow it and keep it silent,” said Ford-Ahmed. “That was just something that I lived with, but it’s something that I’ve never forgotten, and won’t, for as long as I live.”

Ford-Ahmed found solace from the continual racism she faced by turning to her faith and fellowship in the church.

“When you went to church on Sunday, it was no longer something that stayed and festered in your heart, because either you sang it out, somebody hugged you and loved it out, or you ate some of Mrs. Moon’s potato salad and for a while you forgot about it,” Ford-Ahmed said.

Ford-Ahmed and the other members of the Mount Zion Baptist Church Preservation Society have been hard at work since 2013 to provide such a space of community, compassion, and creativity in a revitalized Mount Zion Baptist Church. Currently, the group hopes to open the renovated space to the public sometime in 2023, a goal they estimate they will need to raise $3.8 million to accomplish.

Ford-Ahmed said that the Athens community has been very supportive of the Mount Zion Baptist Church Preservation Society’s vision. Some of those supportive local entities include Jackie O’s splitting 100 percent of the proceeds from the sale of their Black is Beautiful Imperial Stout between the Mount Zion Baptist Church Preservation Society, Black Lives Matter, and The Bail Project; Kindred Market’s Common Sense program; and the proceeds from Passion Works’ Black Lives Matter signs. Currently the Mount Zion Baptist Church Preservation Society is also accepting donations on their website. Among the plans envisioned for the revitalized church would be a performing arts space, a kitchen that could provide catering, a wedding and a special events venue.

Ultimately, Ford-Ahmed and the rest of the Mount Zion Baptist Church Preservation Society want to provide a space of respite, community, and creativity for not only the Black community in Southeast Ohio, but also for Black Ohio University students who may be distanced from their own faith communities for the first time while attending Ohio University.

“When you walk inside of (Mount Zion Baptist Church) it just takes your breath away. It is an astonishing piece of architecture that sits right there on that corner,” said Ford-Ahmed. “And we have to bring it back to life.”

Why the Texas power grid failed

Addiction In The Pandemic: The $350M Effort To Heal Communities In Opioid Crisis