LOUISVILLE, Ky. (OVR) — Data compiled by an academic research group shows the home counties of 21 people from Kentucky, Ohio and West Virginia charged so far in connection with the Jan. 6 riot and insurrection at the U.S. Capitol.

The Program on Extremism at George Washington University compiled a database from the federal criminal complaints against those charged with crimes stemming from the event. Eight of those facing federal charges are from Kentucky, 11 are from Ohio, and two are from West Virginia. 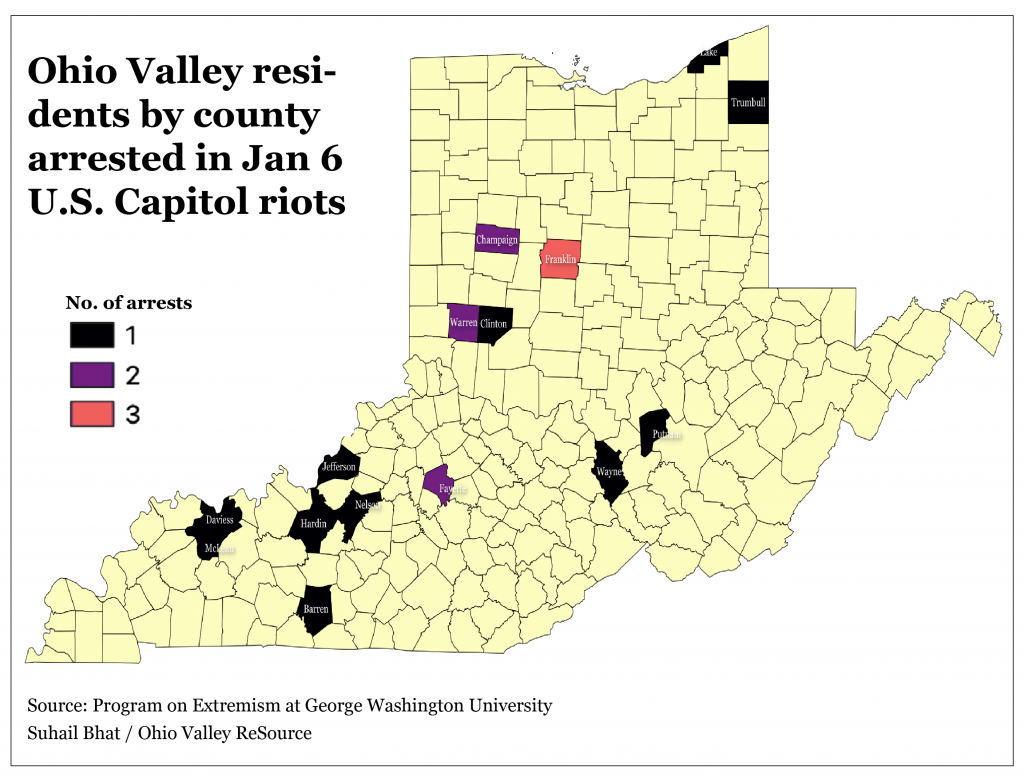 On Thursday, federal authorities charged two more people from Ohio who are allegedly members of the Oath Keepers, a militia-style group present at the Capitol on Jan. 6. According to a criminal complaint made public on Feb. 18, the Oath Keepers have an “explicit focus on recruiting current and former military, law enforcement, and first-responder personnel.” Several of those charged in Ohio are military veterans.

Others around the region who face charges include Derrick Evans, who was a member of the West Virginia legislature when he briefly posted on social media videos of himself entering the Capitol on Jan. 6 with a crowd of people. Evans later resigned his elected position after he was charged by federal prosecutors.

Gracyn Courtright of West Virginia, a student at the University of Kentucky, was also charged. A criminal complaint includes U.S. Capitol Police security camera images showing Courtright ascending stairs in the building while carrying one of the large “members only” signs meant to indicate areas of the Capitol where the public is restricted.

The United States Of Conspiracy | FRONTLINE | Tonight at 10 pm