ATHENS, OH – Beverly Mahone-Gibbs’ WOUB story starts with a dream that had her going to college elsewhere.

“I initially wanted to go to Howard University,” said Mahone-Gibbs. “But I wasn’t accepted.”

Even though she was disappointed at the time, Mahone-Gibbs says she is thankful for what happened because it put her on the path to Ohio University and WOUB.

“WOUB and Ohio University did a lot for my career, and I’m forever grateful,” said Mahone-Gibbs. “If I had gone to Howard, I don’t know that I would I have had the media career that I did.”

Mahone-Gibbs grew up in Canton, Ohio and came to Athens in the mid-1970s. She was on the Ohio University Forensics Team and started working at WOUB Radio relatively early in her college career.

“I loved radio because radio gave you an opportunity to allow a listener to see through the radio,” said Mahone-Gibbs. “In television, pictures tell the story. When you do radio, you have to make that listener see what you’re telling them through the radio, and I always thought that was a gift to be able to do that.”

Mahone-Gibbs graduated with a journalism degree in 1979. She was hired at a radio station in West Virginia as a news reporter and then eventually moved into a news director role in Boston, Massachusetts.

“The job in Boston was a big promotion. It was an exciting time,” said Mahone-Gibbs. “I got the chance to meet a lot of celebrities and really hone my craft while developing leadership skills.” 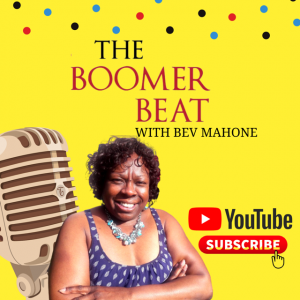 Mahone-Gibbs worked at a few more radio stations before moving to television. She became a TV news reporter in eastern North Carolina. In 2006, after spending several years in television, Mahone-Gibbs decided to go in a different direction. She decided to start her own media consulting business where she coached women on how to market and promote themselves for media exposure. Mahone-Gibbs is also the author of five books (three of which became Amazon best sellers). She has been featured as a baby boomer expert on MSNBC-TV and in the New York Times. Currently, she is working as a Professional Writing Consultant at North Carolina Central University and hosts online public speaking and writing sessions for students and adults on YouTube. Mahone-Gibbs also hosts a podcast called The Boomer Beat.

“What WOUB did for me was to help me to really find my voice as a journalist,” said Mahone-Gibbs. “It also taught me that I had other skills. I could be an announcer or a DJ. I could do sports if need be. You could do what you wanted to and try different things at WOUB as long as you were professional about it. I couldn’t have done those things had I not been given the opportunities through WOUB.”