Join Star-Studded Cast for an Exciting Evening of Songs in “WE ARE FAMILY: SONGS OF HOPE AND UNITY” – May 14 at 10 pm

WE ARE FAMILY: SONGS OF HOPE AND UNITY

TO BE BROADCAST
FRIDAY, MAY 14 ON PBS STATIONS 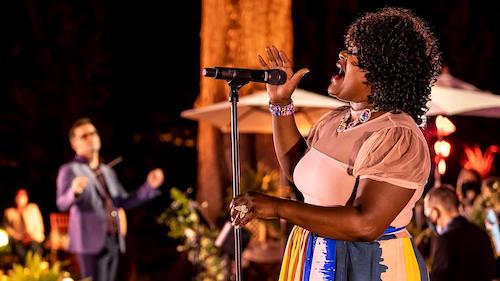 The American Pops Orchestra (APO) announced the release of WE ARE FAMILY: SONGS OF HOPE AND UNITY, which will be broadcast on Friday, May 14, 2021 on PBS, PBS.org and the PBS Video App. Through uniquely American music that transcended its original genre to find a place in our collective American culture, this extraordinary production strives to bring joy and comfort to viewers across the country.

Filmed in front of a small, socially distanced live audience under strict COVID-19 mitigation procedures at the Meridian International Center in Washington, D.C., the program is part of #PBSForTheArts and features performances by Broadway star and recording artist Morgan James; star of Season 14 of The Voice Rayshun LaMarr; Broadway and Tony Award-nominated star Laura Osnes; celebrated recording artist Nova Y. Payton; and Broadway and television star Gabrielle Ruiz (joining from Los Angeles). The televised event will be hosted by Emmy and Tony Award-winner Judith Light. All performers will be joined by The American Pops Orchestra under the baton of Maestro Luke Frazier. 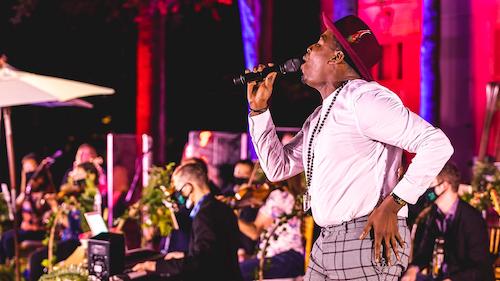 “Music is an extraordinary tool that has the unique ability to bring us together. It also has the special power of healing and uniting—and I believe there is no better time for us to do that than now,” said Frazier. “WE ARE FAMILY includes iconic American music hits such as ‘You’ve Got a Friend,’ ‘America the Beautiful,’ ‘Light of the Clear Blue Morning,’ ‘A Change is Gonna Come,’ ‘I Will Survive’ and more. It’s not just a soundtrack of music we’ve come to know and love; it’s the music we need to hear now.”

WE ARE FAMILY: SONGS OF HOPE AND UNITY will stream simultaneously with broadcast and be available on all station-branded PBS platforms, including PBS.org and the PBS Video App, available on iOS, Android, Roku streaming devices, Apple TV, Amazon Fire TV, Android TV, Samsung Smart TV and Chromecast.

The Seldom Scene | SONG OF THE MOUNTAINS | Tonight at 8 pm