Although no sector of American life was left completely unmarred by the impact of the COVID-19 pandemic, many museums (both large and small) found themselves in particularly difficult situations that many are just now beginning to recover from. Financial distress came from all sides for these organizations, regardless of how impressive their collections were; how much they engage with the communities they serve; or how carefully they had planned their 2020 budgets.

According to a report compiled by The Johns Hopkins Center for Civil Society Studies Nonprofit Economic Data Project, the nonprofit arts, entertainment, and recreation sector that museums are classified within lost more than 36 percent of its jobs between February and December 2020 – and being that this sector has employed the third largest workforce in the nation since 2017, the toll was enormous.

On Friday, May 21 at 9 p.m. ET, WOUB-TV will broadcast the first of a three-part series entitled Inside the MET, profiling what the Metropolitan Museum of Art in New York City did when they had to dramatically shift their plans for celebrating their 150th anniversary when the COVID-19 pandemic upended the world as we knew it. WOUB Culture spoke to the executive directors of two museums in the region we serve, as well as the Executive Director of the Ohio Museums Association, about what the last year has been like for those in this particularly hard-hit sector. 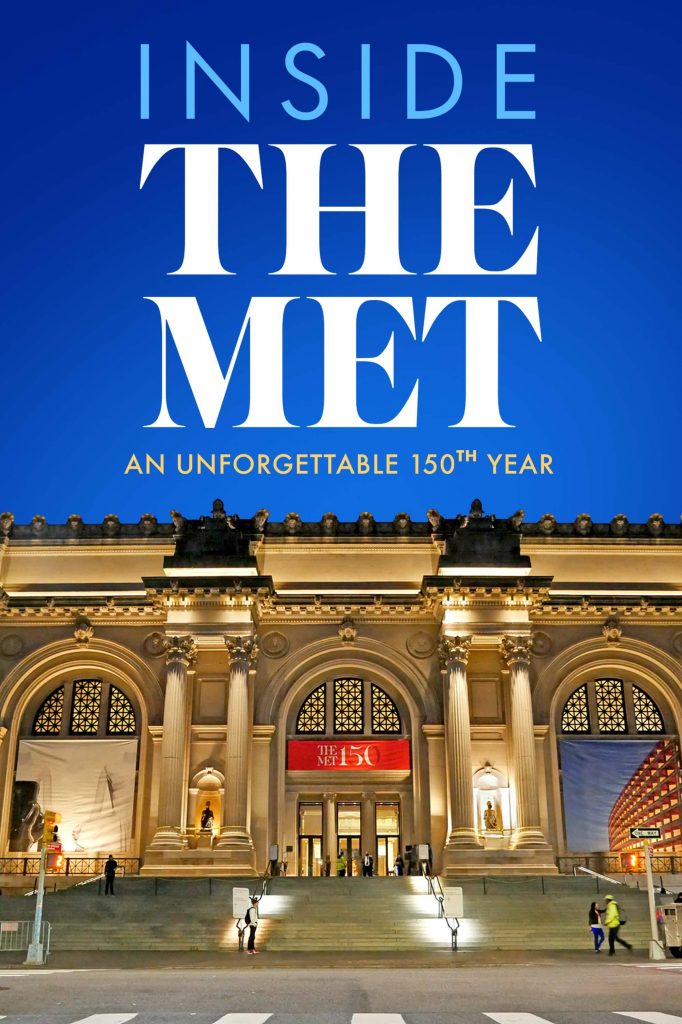 Johnna McEntee, the Executive Director of the Ohio Museums Association, said that one of the chief financial sources for many museums all but dried up when strict limitations on gatherings were put into place.

“So many museums rely on the revenue brought by attendance to programs and events and facility rentals, and all of those have been severely impacted by the pandemic,” she said. “Some museums have been able to restart some of these programs as health guidelines change, because health guidelines that are restricting the amount of folks that can be in a particular room or going on a particular tour or the amount of folks that you can have at a party or a wedding for these facility rentals, those have been incredibly damaging to the income streams for so many of these organizations.”

Jason Crabill, the Executive Director of the Decorative Arts Center of Ohio, said the museum opened its doors to the public in early May, after only being open for several months in 2020.

“We very carefully reopened during the summer last year, in July, after the initial pandemic closure in March, and we ended up having to close the week of Thanksgiving,” said Crabill. “When we did open in July, we did have people coming, but everyone was fairly nervous.”

Crabill said the Decorative Arts Center of Ohio implemented an array of COVID safety protocols during that initial opening, including mandatory masking from patrons and museum staff; six feet of distance between guests; and even creating a one-way path through the building.

“It really became a sort of a new normal, we made it work,” said Crabill. “And, really, people felt pretty comfortable attending – as comfortable as anyone could really feel at that time in a public space.”

When the Decorative Arts Center closed in November, Crabill said the museum’s staff got busy creating an array of virtual programming, some of which he says the museum may continue to experiment with and utilize even after all COVID-19 safety protocols are rolled back.

“We made all of the collections in the exhibit available online in a virtual format and we did everything we could to make the kinds of programming we would have had in person available online,” said Crabill. “So, even though the periods when we were physically closed to the public were a bit lonely, it wasn’t like we weren’t busy. We really tried to stay active and remain as much of a community resource as possible.”

The Huntington Museum of Art also closed its doors in March of 2020, opening them again several months later in July. The museum has remained cautiously reopened since, still depending largely on virtual programming. Executive Director Geoffrey K. Fleming said that he anticipates that by September of this year the museum will be operating in a manner very close to how it was operating pre-COVID.

“In that period between March and July, we had to sort of rethink everything we were doing,” said Fleming. “I am very proud of our education department because they have really hit it out of the park with a number of great digital offerings. We really had to change how we were doing everything – so it was certainly a learning experience.”

Fleming echoed Crabill’s sentiment on the surprising vitality and promise of virtual programming, stating that the Huntington Museum of Art will likely also continue to utilize it even after more conventional in-person programming becomes more routine again.

Both the Huntington Museum of Art and the Decorative Arts Center of Ohio have planned new exhibitions opening on June 5 that will be available for in-person visitation.

The Huntington Museum of Art exhibition is entitled Doug and Lynn McCorkle Present Blanche Lazzell: West Virginia Modernist, showcasing the work of Blanche Lazzell, a West Virginia native and one of the first American artists to craft abstract prints that drew inspiration from the Cubists and European Modernists. Her work is highly sought after, and the exhibition will feature pieces from the private collections of Lazzell’s extended family.

On June 5, the Decorative Arts Center will open their first in-person exhibition of the year: Distinctly Paramount, featuring costumes from the Paramount Pictures Archive curated by Lancaster native and Paramount Pictures Costume and Prop Archivist Randall Thropp. The exhibition will remain on display through January 2022, and WOUB Culture will feature an interview with Thropp about the exhibition and the museum’s associated events, later this month.

McEntee emphasized the importance of communities supporting their local and regional museums while those organizations work to resume some level of pre-COVID normalcy.

“It’s important to note that while there have been very helpful state and federal revenue recovery funds for many organizations – unfortunately museums have been excluded from many of these opportunities,” she said. “Since our museums are sometimes just not eligible for those recovery funds, they’re really desperately in need of help from their communities – from us – to help them recover from this.”

Second Round of NMF ’18 Acts Announced

A Trip Back in Time with Cambridge’s Dickens Victorian Village

Atom-r to Bring Theater of Augmented Reality to Athens