Dr. Nicholas Allan On the History, Intention, and Future of Mental Health

Every facet of our understanding of mental health has radically changed over the course of our history. The ways in which people have classified, understood, and, perhaps especially, attempted to treat mental illness varies greatly throughout time. From horror stories of overcrowded psychiatric hospitals prior to the widespread use of the antipsychotic Thorazine to the understanding that the debilitating “shell shock” that military personnel experience after active duty manifests in the life experiences of many people who have never set foot in a military conflict – in many ways, mental illness, and therefore, mental health, remains to a certain extent mysterious.

Dr. Nicholas Allan is an assistant professor in the Ohio University College of Arts and Sciences Psychology department whose research focuses on identifying risk factors related to mood and anxiety conditions. He took the time to engage in a Q&A with WOUB Culture prior to WOUB-TV’s broadcast of Mysteries of Mental Illness, a four-part series exploring the complex history of mental illness premiering Tuesday, June 22 at 9 p.m. ET. 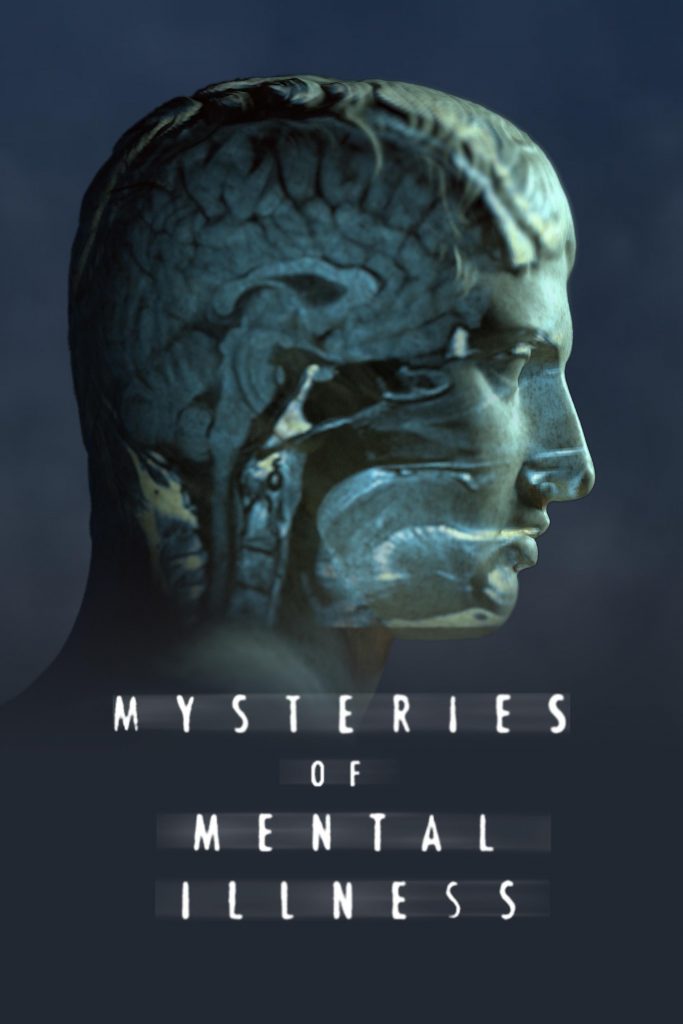 WOUB Culture: Could you give me your definition of “mental illness”?

Dr. Nicholas Allan: That’s an interesting question. From a purely academic standpoint, the labels that we would use in the field, I think mental illness is described as when somebody meets a certain set of symptoms for a disorder. So kind of hitting that benchmark, we could say, okay, person X has a mental illness and that mental illness is a panic disorder or whatever it is. That’s how we define it as a field. I sort of think myself in my class, and in sort of other areas of research, we’re sort of moving away from that definition. Over the last 10 or 20 years, there’s been this recognition that sure, we’ve created these labels for disorders, but people don’t really neatly fit into them. So there might be people who only meet four of the five symptoms you need for depression, so we wouldn’t give them a depression label — but they might desperately need treatment. In contrast, there could be somebody who meets all of the symptoms of anxiety, but they tend to manage it pretty well and it’s not distressing to them. So, a lot of what I’ve started focusing on is instead of conceptualizing ‘mental illness,’ thinking instead about ‘mental health.’

There are going to be clusters of what we call symptoms or problems that people are going to experience depending upon if they are overly anxious or depressed, or have what we call the ‘psychotic spectrum disorders.’ There’s going to be clusters of sensations that fall together. I think any time a person is experiencing a subset of those sensations and it’s causing distress in their day-to-day life, I would maybe not quite say it’s ‘mental illness,’ but more frame it as sort of a problem with mental health that would be in need of addressing.

WOUB Culture: This might be a pretty abstract question, but could you tell me when our sort of modern conceptions of “mental illness” and its treatment began?

Dr. Nicholas Allan: I would say there are kind of two main influential people we could point to so far as the kinds of ideas we had through the late 1900s and early 2000s. Freud is one that people would point to so far as developing a type of mental health treatment, called psychodynamic treatment, where people basically talk through problems. But there’s another person that people don’t talk about as much – a German man named Emil Kraepelin. In his time, people thought of mental health in the same way they thought of medicine. In that a set problem can be linked to a particular disorder. If somebody said they were feeling blue or depressed, then it would be a symptom for depression. Kraepelin reasoned that instead, it’s not going to be simply one symptom that would indicate that someone was depressed – rather it would be a subset of related symptoms or problems that would indicate that someone could be categorized in a certain way under a certain label.

So far as your second question, about how we arrived at certain treatments for mental health disorders, I have to first say that I’m not as up to date on the psychopharmacology side of things. But, what has happened in the past with psychopharmacology is that we often find out that certain drugs work for certain disorders by happenstance. If I’m not mistaken, our first treatment for depression was actually developed as a high blood pressure medication, and people on it noticed that it was making them feel better. So far as the treatments that I use, called cognitive behavioral therapies – they’re what we consider psychosocial or psychological types of treatments where we aren’t administering any agents. Rather, what we are trying to do is to point out to clients the interrelations between their moods and thoughts and behaviors, with the idea that we can help them correct their behaviors and therefore their thoughts because they are interrelated to how they feel, which is actually going to improve their mental health.

WOUB Culture: Are there any parts of your field of expertise that are developing that you find particularly promising, so far as better understanding what mental illness is and how to treat it?

Dr. Nicholas Allan: Really, I think that there is a lot of promise so far as utilizing innovations in technology. In particular, with our smartphones and other devices we have this potential to be these walking, breathing data streams that can categorize our behavior and potentially even our mood and what we are thinking about at the time. I think the advancement of the technology that is in mobile phones, including sensors that can get at GPS data and the kinds of technology that we can actually wear rather than carry around will be able to better help us identify when we can intervene for certain individuals. In addition to those kinds of technology, the advent of advanced machine learning where we’re getting computers to process huge amounts of data and look for patterns that we might not be able to identify otherwise.

A part of why I think these technologies will be so helpful is that they will further build off of analogies and metaphors we give clients so far as understanding their relationship with a therapist to being similar to working with a personal trainer. When you have a personal trainer, you may only see them one day a week, but they are going to prescribe a routine for you, and if you really want to get the full bang for your buck, then you’re going to have to follow through on that routine during the week as well. That’s where I think wearables will eventually be able to come in is that we will be able to use them as supplements to therapy, so that therapy sessions can essentially be skill building sessions for clients related to techniques and tools that they can use to reduce their daily stress and distress.

Bobcats Battle Back, but Wildcats Win 3-1