A blinding flash of light streaked across the Russian sky, followed by a shuddering blast strong enough to damage buildings and send more than 1,000 people to the hospital. On the morning of February 15, 2013, a 7,000-ton asteroid crashed into the Earth’s atmosphere, exploded and showered fragments over a wide, snowy area near the Ural Mountains. 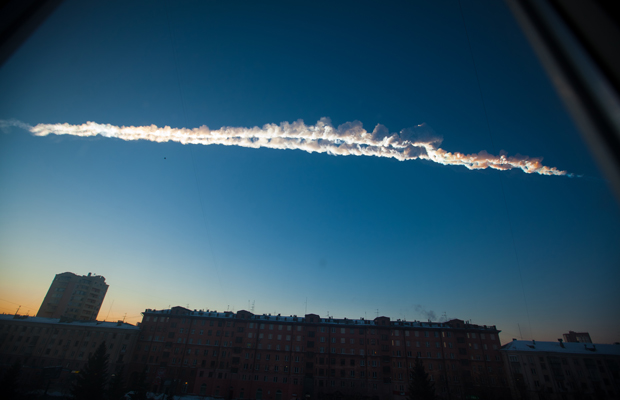 According to NASA, the Siberian Meteor exploded with the power of 30 Hiroshima bombs and was the largest object to burst in the atmosphere since the famous Tunguska event of 1908, also in Siberia. That time, there were few eyewitnesses or clues except for fifty miles of flattened, charred trees.

This time, the event was captured by countless digital dashboard cameras, which have lately become a common fixture in Russian autos and trucks. Within days, armed with this unprecedented crowd-sourced material, NOVA crews hit the ground in Russia along with impact scientists as they hunted for fragments from the explosion and clues to the meteor’s origin and makeup.

Their conclusions add up to a chilling picture of how close we came to a far worse disaster, which NOVA sets in perspective by looking back at much greater explosions in the past — from Tunguska to the asteroid that wiped out the dinosaurs 65 million years ago.

“Meteor Strike” puts it all together and asks: Is our solar system a deadly celestial shooting gallery with Earth in the crosshairs? What are the chances that another, more massive asteroid is heading straight for us? Are we just years, months or days away from a total global reboot of civilization, or worse?